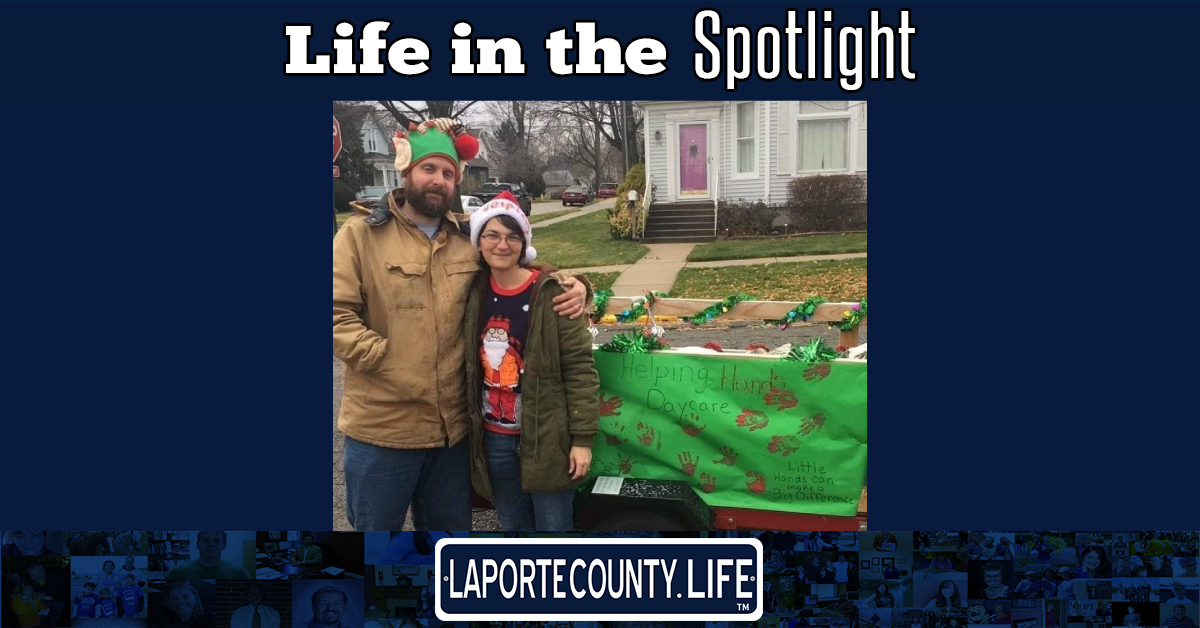 When life happens, and it feels like it might be coming apart at the edges a bit with challenges, you can either knit it back together or let it unravel. Kyleen Fuller is a knitter in that respect and has used a common thread throughout her life: always lend a helping hand.

Fuller believes everyone can make a difference, which is why she created Helping Hands Daycare in La Porte to empower and inspire the next generation to give back.

“Part of our motto and philosophy is that little hands can make a big difference. We encourage and actively participate in community service projects through the daycare,” Fuller said.

Helping Hands Daycare isn’t a typical daycare center. While children at the daycare center are enriched in reading, science experiments, and crafts, they’re also taught that even as young as they are, they can still make a difference.

The idea for the daycare started in 2013. Like many young families, Fuller and her husband had challenges finding quality and affordable daycare for their two children. That’s when the idea came to her.

“Before I worked at the factory, I worked at a pre-school for 10 years. I thought, you know, other families have to be in a similar position to the one we’re in, where they’re struggling with childcare and it’s not fair that somebody has to give up their job,” Fuller said. “It was a sacrifice I needed to do for my family and if we can help other families by providing quality and affordable childcare, then I think we need to do it.”

For the next six months, Fuller worked at the factory while she opened up the daycare.

When coming up with a name for the daycare, she defaulted to her teaching background. She’d never been much of a babysitter, after all, and chose to settle on a name that reflected her mission of providing a safe and unique place for children to learn how to serve their communities.

“I was thinking about how I could make our daycare more interesting and make some kind of difference. I know as a daycare provider, I only have these children for a small amount of time, but maybe I can make some sort of impact that will last with them,” she said.

Helping Hands Daycare was born, and from there, Fuller started thinking about all the ways they could help the community. Their first partnership was with the Salvation Army collecting food and clothes.

“The first year I opened, I was taking the items to the Salvation Army, and I met with the volunteer coordinator who told me about a new program they had just received funding for called the backpack food for kids program,” Fuller said.

The program provides food-insecure children with backpacks filled with food when they leave school on Fridays. It’s enough food for two breakfasts and two lunches. At the time, the Salvation Army had 60 children in the program. Fuller says each year the community’s involvement grows. In 2015, the first year Helping Hands participated in the program, they collected 148 items.

“We think about those kids getting those meals during the week but what about the weekend,” she said. “I knew we had to do something about this, so we did an extra food drive specifically for them, which bloomed into our month of giving in October. This past year was amazing. We had factories making donations - everyone in the community really stepped up because we know there’s a problem, so we’re trying to fix it.”

“Last year was our sixth year doing the programs and we were able to collect more than 2,000 items,” she said. “For the 2019/2020 school year, this program served food every Friday to 450 students at 11 schools in the La Porte Community School Corporation - which is a huge deal.”

Being a daycare, Helping Hands goes through a fair amount of crayons each year. After learning about The Crayon Initiative, a not-for-profit that recycles broken or used crayons and donates them to children’s hospitals all over the country, the charity seemed like the obvious choice for another Helping Hands Daycare project.

“I learned about the initiative after watching a segment about it on CBS one Sunday morning and knew it was something we could do,” Fuller said. “When a child is in the hospital and having a crummy day, then gets this new box of crayons - who doesn’tt love a new box of crayons? It’s universal - we all love crayons. It makes a huge difference in someone’s life,” she said.

Fuller’s charitable work isn’t limited to daycare. She and her family are continually finding ways to help the community they call home. With her husband, the couple runs an Alateen group for children who are living with or love someone who has an alcohol or drug addiction. They also sponsor youth at the La Porte County Family YMCA.

“There’s a reason I’m involved in the initiatives I’m in, and there’s a reason I’m not college-educated,” she said, inkling back to the challenges she had as a young adult. “I do have a wonderful Childhood Development Associate credential in Early Childhood Development through Indiana Workforce Development,” she said. “Without that opportunity from the state agency, I would not be where I am today because that’s required for the job that I have.”

Most recently, Fuller accepted a position on the City of La Porte Park & Recreation Department board, an exciting new opportunity for her.

“One of the things I love most about La Porte is our nature,” she said. “La Porte has some beautiful land, lots of beautiful lakes and parks - there’s just so much that you can do outside in our area and it’s just a huge blessing.”

Fuller said the last six years have been busy and the key to succeeding is to keep trying - even if at first you don’t succeed.

“I made some tremendously bad choices in my late teens and early 20s,” she said. “The one thing I really want to tell people is that it’s not about me, but it is about continuing to try. Failure is an option and failure is OK. What makes you a successful person is what you do after that failure.”