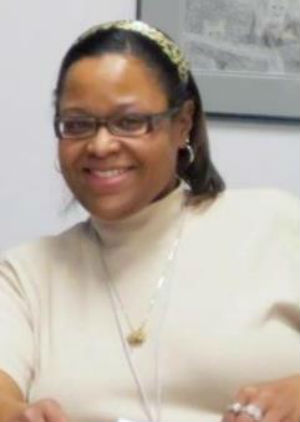 Having a passion for helping those in need is what life is all about for Kay Hill, the recently appointed executive director of the Stepping Stone Shelter for Women, a non-profit organization that has been the sole provider of 24/7 crisis intervention and recovery support services for women and children in La Porte County who have been victimized by domestic abuse, dating violence and sexual abuse for more than 30 years.

“For anyone working for a non-profit, having a passion is a must,” said Hill, who is originally a “Gary girl” but has resided in Michigan City for seven years now. “Doing something you love, which I am, is like coming to work without having to work at all.”

Hill says that mindset exists with all 25 employees of the Stepping Stone Shelter for Women, which operates an emergency shelter in Michigan City as well as “The Bridge” - which is a transitional housing location that holds 15 apartment units where women can stay for up to two years after 30 to 45 days at the shelter.

“There is a strong bond between the sisters that are here. We’ve all been in social service and have done this for years,” she said.

Following her graduation from Calumet College of St. Joseph and earning a master’s degree from Indiana Wesleyan University, Hill first became involved in Michigan City at the Madison Center, a behavioral health center headquartered in South Bend with a satellite office in La Porte County. After beginning as a case manager, she was quickly promoted to become coordinator of case management services.

“The agency closed on a Friday, so I called Gerry and was hired at Stepping Stone on Monday,” recalled Hill, who calls Jones “an inspiration.”

“I learned quite a bit from her,” she said.

At both the emergency shelter and “The Bridge,” Stepping Stone goes above and beyond helping victims become self-sufficient and ready to turn the page from a dark chapter to a bright road ahead.

“At the shelter, we assist them in searching for jobs by helping them with interview skills, helping them relocate through support groups and valuable lessons,” said Hill, pointing out that these services are available to “non-residential clients” who do not live at the shelter or “The Bridge” but still could use the help.

A child/adolescent case manager is available to the victims’ children. Even when they move from the shelter to the bridge, that case manager remains the same while the woman gets a new case manager upon having reached that step.

“We do understand that unfortunately women will go back to their abuser - sometimes more than once,” Hill said. “Although we cannot prevent them from going back, we can equip them with an emergency support plan and are always open for them to return to the shelter.”

“Some may go back several times before the final break. That’s a very sad part,” she added. “It’s not easy to walk away sometimes due to anxiety or financial issues. So that’s where we come in, we help the victims get back in school or offer financial counseling with the help of Horizon Bank so they are ready when they leave. We are focused on providing self-sufficiency.”

Volunteers often come by to help by offering tips on all tasks.

“We had a Mary Kay representative come in one day to show the women how to put on makeup,” Hill recalls. “I remember one lady was in tears because she said she never felt pretty before someone took the time to help her put on makeup.”

Rooms at “The Bridge” are furnished spaces with rent based on the client's income.

Stepping Stone has helped numerous women recover from abuse since they opened in Michigan City in 1983. But none of it would be possible without the help of donations from the community and volunteers.

“The community has been very kind to us,” Hill said. “We get donations from people all the time with donations of clothing and household items from sororities, churches and agencies. People hear that it is a good cause and are willing to help out.”

Me N My Bar Grill, a Michigan City restaurant, donates something “every month,” Hill says.

But most of all, Hill is thankful to her staff at Stepping Stone.

“Everyone here has such a passion and such a heat,” she said. “It amazes me to see how far they go out of their way to help someone.”