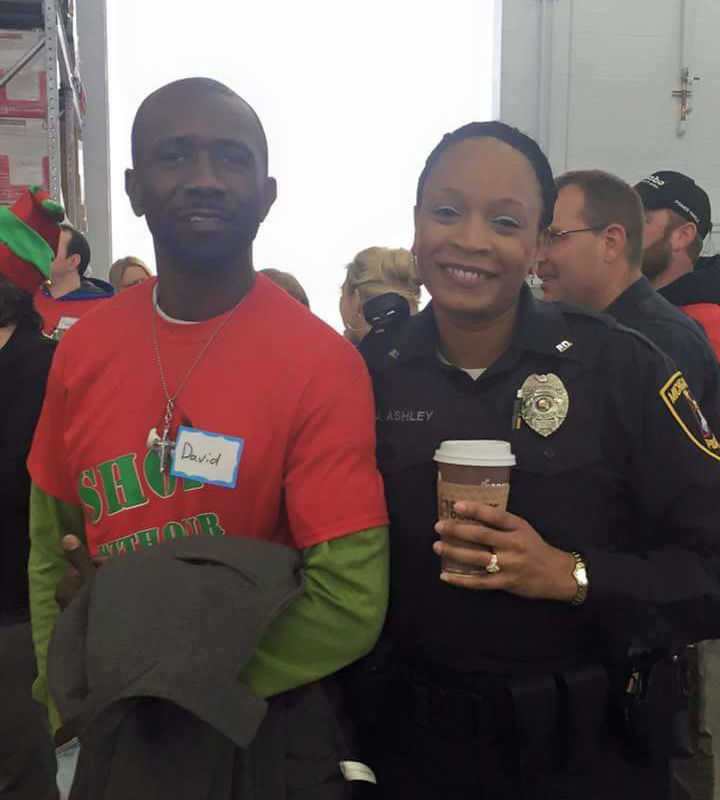 Violence toward America’s police force has been all over the news lately. Tragedy after tragedy has stolen our heros from us. It is in times like these that it is especially important for us to take the time to thank officers of our local police departments.

This week’s Life in the Spotlight is a woman who has dedicated her life to the preservation and education of others. Detective Jillian Ashley joined the Michigan City Police Department in May 2007. Since then she has added youth development programs to her already robust resume.

Before she was a police officer, Detective Ashley was in the National Guard. She joined straight out of high school. As a teenager she already knew that she wanted a career in the Justice system, but she wanted to see another perspective of what it meant to defend her country before she got started.

“There is so much that I learned in the military. One thing that stayed with me is the concept that you never leave a man behind. I apply that in every aspect in my life, even today.”

When she left the military, her resolve to work with the law was as strong as ever. Detective Ashley graduated in 2006 with a degree in Criminal Justice from Indiana University Northwest.

Her next job was as a Warrant Officer at the Camp Summit Boot Camp. Camp Summit uses military components to supplement their program’s agenda. Detective Ashley’s role was like that of a drill sergeant, making sure the youth under her supervision were doing what they were supposed to. She took the job because she wanted to work with kids. Camp Summit is the only para-military style boot camp in Indiana.

The year after, Detective Ashley’s husband discovered a vacancy in the Michigan City Police Department. She was hesitant to take the job. All her life she had dreamed of being a judge but it seemed as if God was guiding her toward something else.

“At first I didn’t know if this particular side of law enforcement would suit me. I learned pretty early on that it would.” She was put on the 2nd shift patrol division.

“I like investigating cases. I like to be able to take a case that really doesn’t have anything to go on and spending the time on the case to come up with what happened. Sometimes you can see a case all the way through and others you cannot. Every case is different in some way.”

Her new goal was to become a detective for the department, and she achieved that. Next up for her career is an advancement in education. She is considering going back to school for her Master’s degree or a Juris Doctor. Detective Ashley is also pursuing a supervisory role at the MCPD.

In the meantime, Detective Ashley is filling her resume with other activities that help out the younger generations in her community.

Detective Ashley also volunteers through PAVE, or People Against Violence Everywhere, that reaches out to kids wherever they can.

She helps educate young adults on the true mission of law enforcement personnel through Explorer Post #75.

For the fourth year running, Detective Ashley has been a role model and instructor with the Youth Leadership Academy. Every year they bring in new speakers to talk to the kids in the program. They also bring them to different locations throughout Michigan City, to help the community. This year our future leaders cleaned up the Washington Park Zoo and the beach across the street.

“When the youth arrive on Monday they are bashful, shy, and reserved. By the time Friday comes, their leadership ability and style has been stimulated. You begin to see their leadership qualities developing right before your eyes.”

The very first police program that Detective Ashley volunteered her time with was a teenager in Brooklyn, New York. It was also her first experience with the law enforcement field. Through the Police Athletic League She mentored children younger than herself, learned about how local police departments support and nurture their communities, and took her first steps down the road to being a fine Michigan City Police Detective.

“I appreciate a good, well rounded education,” she said. “I think that if you apply yourself anywhere you can accomplish anything anywhere.”