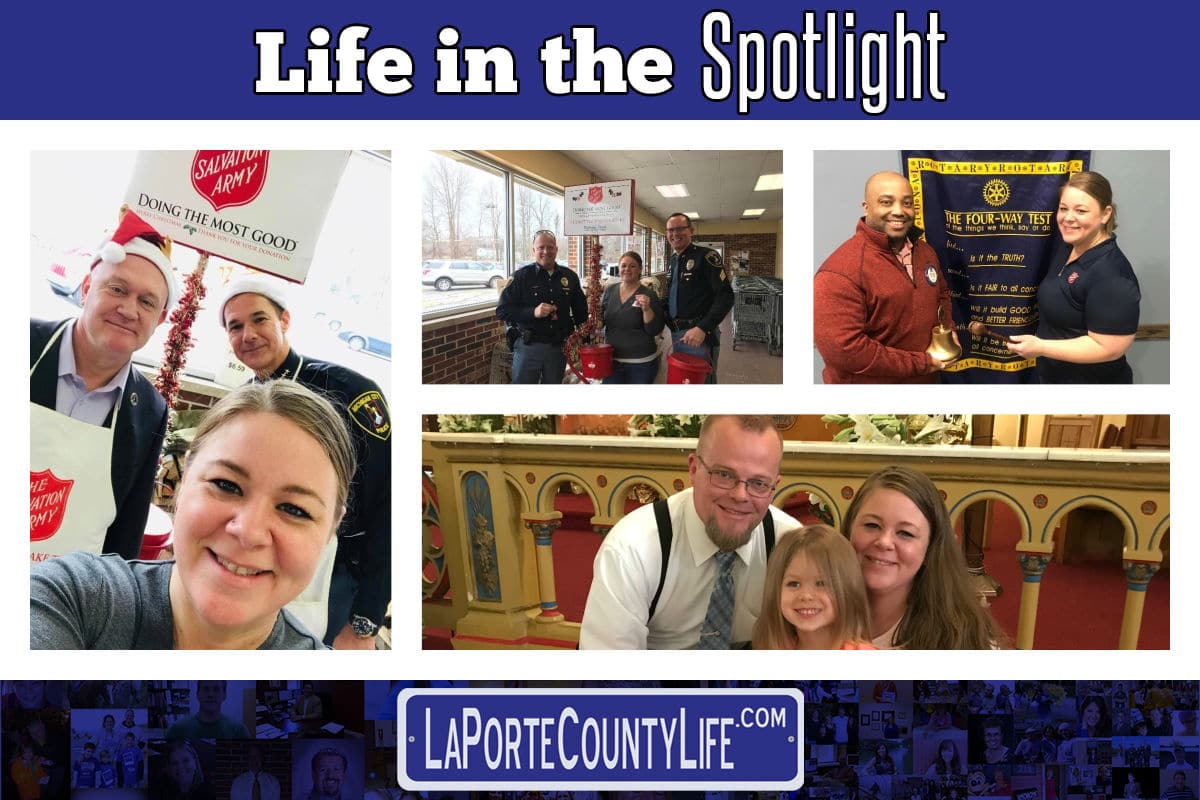 There is always an opportunity to make an impact – to change the world – by taking responsibility for making your own community a better place to live. Jessica O’Brien puts that kind of big thinking to work every day in Michigan City.

“It’s my home, it’s my community,” O’Brien said. “This is where my life is, where our family and friends are.”

O’Brien has never felt the need to look too far to find ways to help others. After graduating from Purdue University Northwest, she put her liberal studies degree to work reporting for The News-Dispatch.

“I didn’t want to work for a big-name paper,” O’Brien said. “Michigan City is where my love is, so I only ever wanted to cover the news that affected me, my family and my community.”

Although PNW doesn’t offer a journalism major, O’Brien was happy to take up the broader study of liberal arts, noting that “to be a reporter, you need to know a lot about a lot of things, so having that degree opens your mind and your eyes to a lot of different things.”

Now, as Development Director for the Salvation Army, O’Brien puts that broad education to work in a different way. And of course, she found her way to the Salvation Army opportunity through her work reporting for The News-Dispatch.

“The first time I covered their work during Christmas time, I was really impressed,” O’Brien said. “I was so thankful that they let me volunteer.”

When her daughter, Scarlett, was born in 2015, Jessica and her husband Troy agreed that it was a good time for a career change, as the newspaper hours would not work well with a new baby in their lives.

“I get to put in a full-time effort of doing good in my own community. What I loved about the newspaper was being involved in the community. This job lets me do that in a different way.”

For the past two years, O’Brien has been working to get resources into the building. She is in charge of grant writing, fundraising, and donor and public relations. She’s especially dedicated to recruiting volunteers.

O’Brien’s involvement in the Salvation Army even inspired her dad to bring in all the gently used items he found he didn’t need when he cleaned out his closet. The same day, a young man came in wearing a tattered coat.

“I peeked out and he was walking out with one of my dad’s coats with such pride,” O’Brien said. “It was really impactful to see something make such a big difference to somebody else.”

By keeping the focus close, the Salvation Army allows O’Brien to make a big impact on her community.

“We have a lot of different programs, from the men’s shelter to the food pantry, we give out diapers and assist with utilities and transportation,” O’Brien noted, “but the best part is that we can tailor what we do to fit the need of our community.”

Noticing that the Salvation Army received a lot of school uniform donations, O’Brien started what evolved into the Uniform Exchange Program. In her community, the Success Dress Code adds extra expenses for those who can sometimes not afford it. This kind of response was a “perfect fit.”

Her main responsibility for the Salvation Army is recruiting volunteers. “All year long I’m asking people to volunteer. I feel like I need to get out there and help other groups.”

O’Brien also works with the Home Team of La Porte County, she’s on the Lakefront Career Network Executive Committee, Future Wolves Advisory Committee and the PNW Alumni Board, and she volunteers with the Michigan City Main Street Association.

“I serve with all of these groups because of the great work that they do in advancing Michigan City forward,” O’Brien said. “What better way to give of your time to help younger people succeed in their careers.”

In July, O’Brien will take on the role of President of the Rotary Club. “I’ve been a member for a couple years, and it has had a hand in shaping who I am. It’s a passionate group of people that want to do good, and I’m honored that they put their trust in me to take the club onto bigger and better.”

O’Brien credits her ability to keep serving with passion to her close friends in the community.

“I’ve met a lot of strong women over the years,” O’Brien said. “They really inspire me and remind me why I’m doing this and give me positive feedback to keep me going.”

“They set a good example for people who are trying to do good in the community,” O’Brien said. “I appreciate these relationships that I’ve built over the years because, with all the great things the people around me are doing, I always want to be a part of it.”