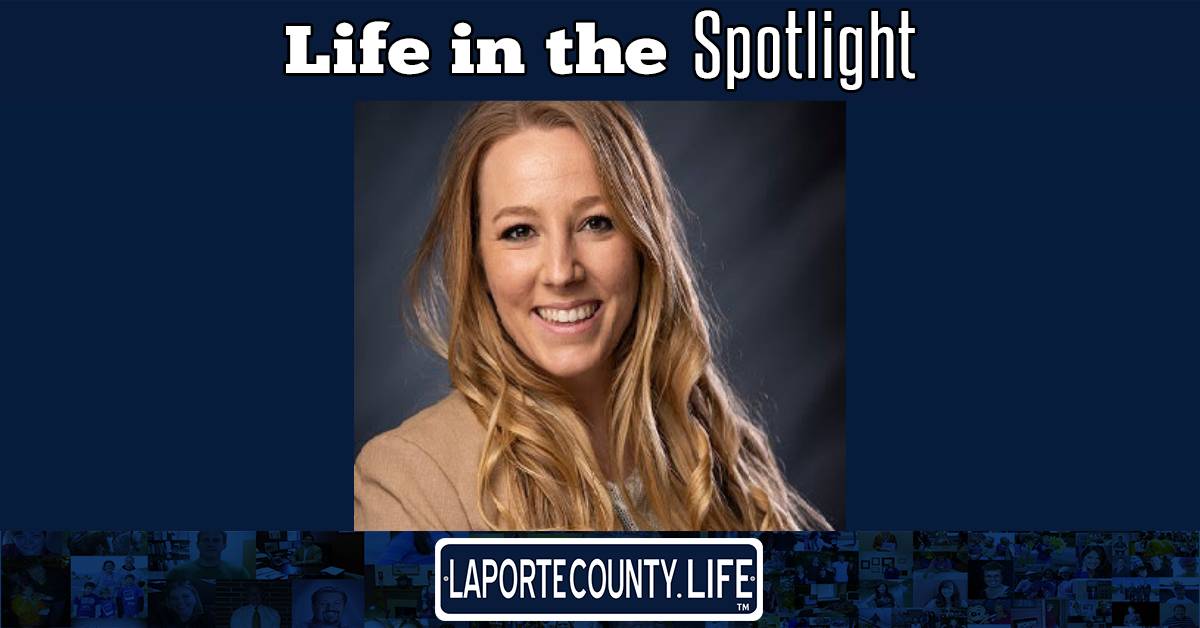 Working in a city position can be a challenge, but someone as dedicated and positive as Jessica Bruder can make it happen. As the Communications Director for the City of La Porte, Bruder believes one of the best methods of approaching her position and life in general is to have a mindset of positivity and a never-give-up attitude.

“Things are going to go wrong, and there are times that can get frustrating,” Bruder said. “But I roll with the punches and move forward with the knowledge that there’s always a chance to do better tomorrow.”

Bruder grew up in La Crosse in La Porte county. After graduating from high school, she attended Purdue University in West Lafayette to obtain a Bachelor’s degree in Public Relations. She then moved to Indianapolis to begin a new job at the Indiana Statehouse as a Press Secretary, though she decided to move back home for a fresh start and took up a job with the City of La Porte.

“This position has been a huge upgrade for my career,” Bruder said. “While it has had its challenges, taking this step forward has been well worth the effort. As of now, my primary goal as Communications Director is to rebrand the City of La Porte’s media and give it a fresh new look for both residents and visitors.”

Bruder further states that a challenge she faced in her position has been the fact that she is the first Communications Director the City of La Porte has ever had.

“There were no footsteps to follow and no sort of training whatsoever,” Bruder said. “Beginning this job amidst a global pandemic proved to be quite challenging. But just like everything else, taking it day-by-day and trying my best to fulfill my role is enough to keep me going and motivated. It also helps that I’m working with a very supportive group of people.”

Bruder commented that the most influential person in her life is her mother, who has supported her at every turn in her life.

“She is one of the reasons I wanted to come back home,” Bruder added. “She has always been the cheerleader mom and wants me to succeed in every way. It’s great to have someone like that in my life.”

“I’m proud of how far I have gotten and what I’ve accomplished in my life,” Bruder said. “I worked really hard to get where I’m at today, and honestly I’m incredibly blessed to have such a healthy support system.”

When she’s not working, Bruder takes time to renovate her childhood home and plans to move into it soon with her cat, Finn.