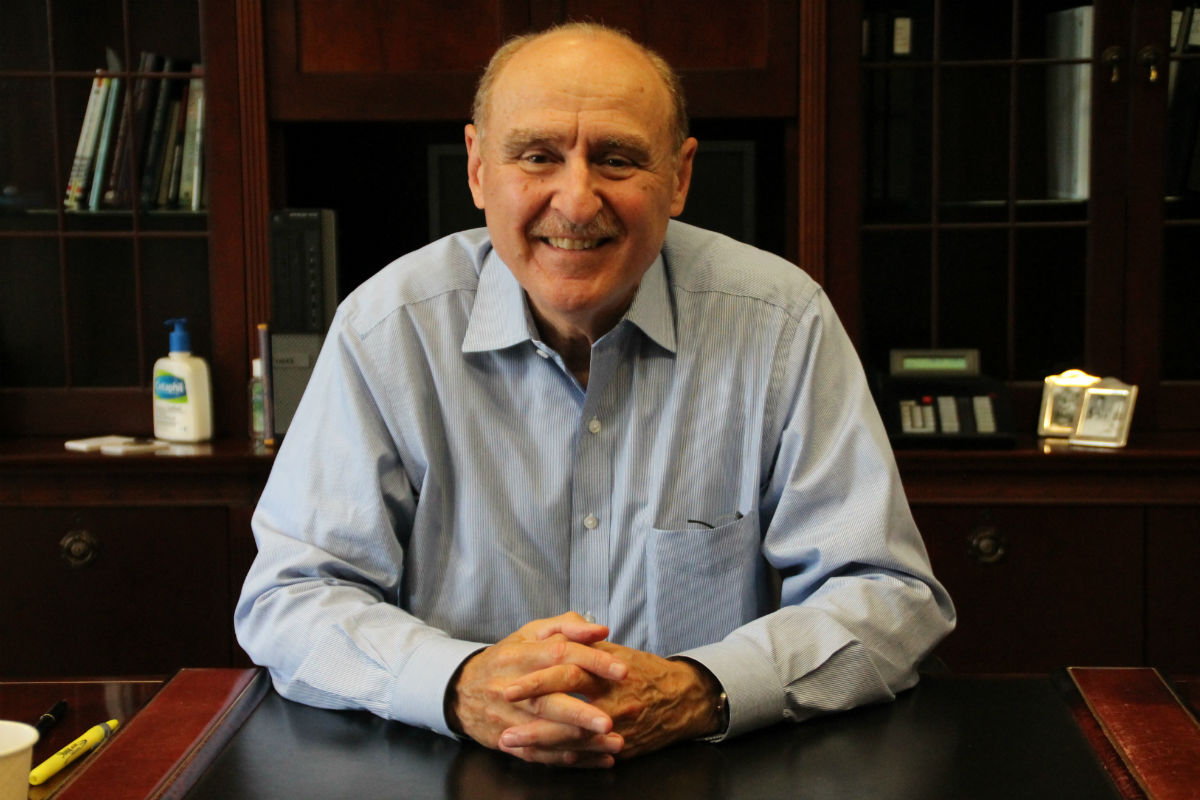 Since his time at the University of Cincinnati where he did his undergraduate work in economics, Purdue North Central Chancellor Dr. James Dworkin was motivated by three things: teaching, research and service work.

“I always liked teaching,” Chancellor Dworkin said. “That happened at the University of Cincinnati when one of my professors, Al Berry, asked me to be a teaching assistant for an introduction to economics course, and I really enjoyed that. He also asked me if I would work for the U.S. Army Corps. of Engineers in downtown Cincinnati during the summer. I didn’t really know what I was getting into there but basically I was out on the road all summer collecting data for a Ph. D. student’s dissertation. That got me interested in doing empirical research, which I’ve done a lot of over the years, and motivated me towards teaching and service work.”

After earning his Ph. D. in Industrial Relations from the University of Minnesota in 1977, Chancellor Dworkin joined Purdue University at the Krannert School of Management in West Lafayette where he taught and served as an associate dean for ten years before coming to Purdue North Central in 2000. Negotiations and dispute resolution have been Chancellor Dworkin’s main teaching interests and he’s served as an arbitrator, mediator and fact-finder in a variety of labor-management disputes in the public and private sectors.

“Knowing how to solve problems, listening to all sides and asking good questions has really helped me out quite a lot,” said Chancellor Dworkin. “Having those people skills and the ability to listen has been really important and I’m grateful to have that in my background. People are different and you need to be able to deal with people on many levels. ‘Everyone’s the same but for the grace of God’ my grandfather would say, and I’ve taken that to heart.”

“I’ve gotten to know so many good people who have done so many great things and it’s been such an honor to serve as chancellor for the last fifteen years,” Chancellor Dworkin said. “People say, ‘the campus looks so different,’ but it wouldn’t be that way without having an excellent faculty and staff. Our maintenance staff takes great pride in what they do and it’s just a pleasure to come to work every day.”

Great things will continue to happen for PNC as the campus awaits the opening of the new Student Services and Activities Complex and prepares for the merger with Purdue Calumet to form Purdue Northwest.

“By this time next year we’ll be PNW,” said Chancellor Dworkin. “We’ll be the fifth largest school in Indiana after the merger and we’re going to be a powerhouse in Northwest Indiana. Students will have more choices and when you’re bigger you just have more strengths. There are ‘best practices’ from both campuses and I think we’ll be learning from each other. People don’t necessarily like change but the unification process is going quite well. There will be some money saved on the administration side of things so that money will be plowed back into faculty and student services. It’s been a good process, and it should be pretty seamless for the students.”

Over the last several years, Chancellor Dworkin has worked hard at growing the campus and making PNC easily accessible for students in the region.

“We’ve worked really hard on the Student Services and Activities Complex and it’s been a long time coming,” Chancellor Dworkin said. “We started thinking about this a long time ago. The students would say ‘well I have class at 9:00am then I’m done until 3:00pm and I have nothing to do on campus.’ They were looking for some recreational facilities and with the help of all of our local legislators we got funding for the new building. The Complex has two parts; one part is for student services which will include a gymnasium, locker room, health facilities and club rooms. The other space which is connected to the gym by a grand entrance will be the great hall that we’ll be able to have programs in and will seat around 900 people. We always hold our graduations at Valparaiso University so it’s going to be really nice to be able to hold them on our campus for the first time since the 1960’s.”

“One thing I’ve worked on for a long time is access,” said Chancellor Dworkin. “If people want to come to school they ought to be able to get here and transportation isn’t always easy. We worked with Mayor Meer from Michigan City and Mayor Milo from La Porte and county officials to come up with the Transit Triangle Plan. We now have a bus route that goes from Marquette Mall to PNC, from the La Porte Court House to PNC, and the third part of the triangle is from Michigan City to La Porte. We’ve got wifi on the two new buses and we’re hoping to see a lot more ridership. It took a lot of work to put that together and everyone involved did a wonderful job at making this come to fruition. I’m hoping it will become a popular ride this coming semester.”

Chancellor Dworkin’s impact on higher education throughout the region has been profound and the mark he’s made on the community will carry on long after he retires in 2016. When his tenure as chancellor comes to a close, Chancellor Dworkin plans to continue to teach at Purdue’s Krannert School, to work on various Boards and arbitration work, and to continue to write children’s books, of which he already has one in print titled, “The Dog And The Dolphin”.

“I find that utterly satisfying,” Dworkin said of writing children's stories. “I’ve gone out and read the books to children and it’s been so much fun. It’s about getting kids to read at a young age and that’s so important.”