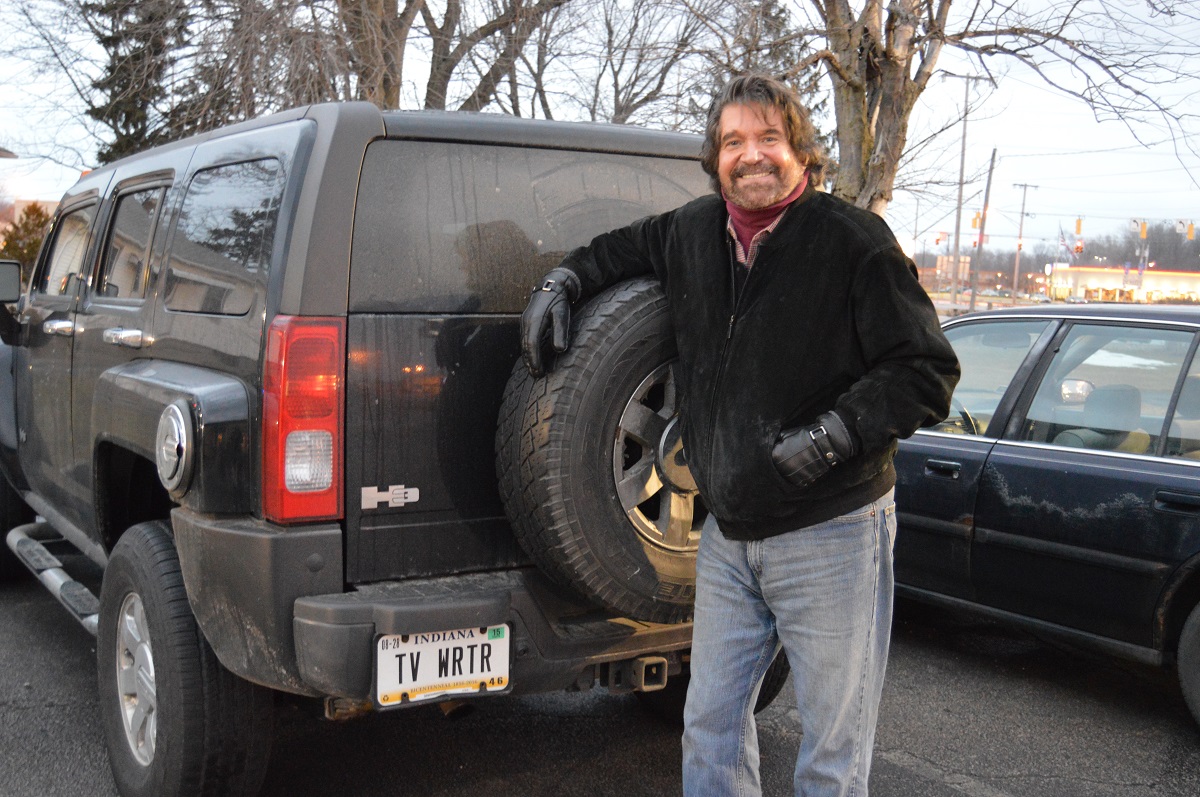 Flash back to the 1980s and 1990s, sitting with your children—or perhaps you yourself sat, if you grew up during that time period—watching familiar TV shows such as The Care Bears, New Adventures of He-Man, or Mighty Morphin’ Power Rangers. If you remember the enormous smile on your child’s—or your—face from the shows, you owe a large thank you, in part, to Jack Olesker, a passionate, successful, and extremely hard-working man.

Olesker, a Chicago native, currently lives in Long Beach, IN, and operates as the CEO of 24/7 Productions, Inc. He originally got his start by writing novels; his first one, No Place Like Home, was published in 1976, affording him enough money to move out to Los Angeles in order to follow his dream and work his way into the entertainment industry.

“I knew so little about the publishing industry at the age of 24 that I sent my only copy into G.P. Putnam’s Sons in a shirt box,” he laughed. “And, had I known that they received 6,000 unsolicited scripts a month, I would not have sent it in, but I was so fortunate to have them do the publishing contract on it. I moved out to Los Angeles in 1977 and was convinced that I had golden fingers and was going to become the next great screenwriter, but I didn’t realize that there were 8,532 people a day arriving in Los Angeles who felt the same way.”

He ended up as a freelance writer for DIC Entertainment’s The Littles, followed by a job story editing as a staff writer for The Care Bears series. During the following three decades Olesker has contributed to an extensive list of these and other TV shows and commercials, films, and novels. The two works which he believes have been his biggest personal accomplishments are his videos “Kids Have Rights, Too!” and “It’s Okay to Say No to Drugs.”

He explained, “They weren’t the biggest successes of all, but those are things I was very proud of, because I think they impacted children a lot. If you help one child, if you save one family from the agony of a tragedy, then I think you’ve done something very positive for the world, because who knows where that child is going to end up?”

That is what he loves the most about working in the entertainment industry—the opportunity to work with kids. Although he has branched out into other areas of entertainment in recent years, he will always love the feeling he gets when working for children.

“In children’s entertainment, when you’re working for young, impressionable minds, there’s a tremendous opportunity, but also a tremendous obligation,” he said. “It took me a long time to learn it, but I came to the understanding about twenty years ago that it’s in giving that you get. And when you give to children, and you entertain them, and you impart knowledge and safety and pro-social values, you get so much in return. The best part of my business is a child’s smile; that’s the greatest joy I could possibly have.”

Despite his successful résumé, he will always regard his own children as his best productions in life. He and Kim, his wife of nineteen years, have three children, Alex, Zoe, and Max. Kim is a Regional Director at United Way, and Olesker's face lights up when he speaks about her.

“There’s not a day that I don’t offer thanks for the blessing of having [Kim] in my life,” he stated. “She’s an amazing life partner, a wonderful mother, a tremendous executive, and a role model for our children. She’s my hero.”

He especially loves being able to spend time with his wife and raise his children in Northwest Indiana, where he believes that, in general, the citizens are very special and genuine, something that he knows, from experience, is not true of every region in the country.

He shared, "I’ve been very blessed. I’ve had a lot of successes in my life, and I could pretty much live wherever I want to, but there’s nowhere that I’d rather live than in Northwest Indiana. I love it here. The values are very good, and it’s a wonderful place to raise children.”

Along with the endless support of his wife and children, Olesker believes that his success can be traced back to his relentless nature, his spirituality, and his passion for writing, as well as the strong work ethic that his parents instilled in him at a young age.

His relentlessness and determination cannot be deterred by the challenges and obstacles in his path; rather, they make him stronger. They teach him how to learn from his mistakes, how to grow as a human, and how to turn those challenges into positive situations.

He shared, “There’s a country song that says, ‘God gives us mountains so we can learn how to climb.' Every time you start out to sell a new television series, you are in the foothills of K2 or the Matterhorn or Mount Everest and you are looking up at a 15,000 foot tall climb. Now there’s no question that after three decades in the entertainment business I have developed really good climbing skills, and I can afford to have really great climbing equipment, but it is still an arduous trek. And making the climb and going through the struggles and overcoming the challenges, I think, is one of the greatest joys that there is for me.”

Olesker also has his spiritual beliefs to thank for his successes. Along with his relationships with his wife and his children, his relationship with God is the most important thing to him. He believes that it is his responsibility to share his God-given abilities with the rest of the world.

“I know that everything that I have is due to the gift that God has given me, and I take that very seriously,” he remarked.

Writing had always come easily for Olesker. Back in the 1970s, he would work in his parents’ clothing stores until nine o’clock at night, and then he would go home and write until midnight. He believes that this passion he has for writing came naturally for him throughout his childhood but that it had really been fueled by two of his high school English teachers. The first, Jerim Klapper, allowed him to express himself through creative stories, while the second, Carol Stein, taught him the structure of sentences and the discipline of the English language. The combination of these two classes gave him what he needed to become a truly great writer.

In addition to his two high school mentors, his upbringing was also strongly impacted by his hard-working parents, with whom he had a great relationship before they passed, and who he continues to miss each day.

“They started out very poor in the 1930s, but they built their clothing stores up selling second- and third-hand clothing, and they became tremendous successes,” he remembered.

Along with the lessons of hard work and determination, Olesker’s parents also taught him the power of positivity, and it shows through his infectious smile, his personable nature, and his apparent desire to better the world.

“I don’t allow negativity into my life,” he stated. “Every project that I work on, I dedicate myself unequivocally to make sure that it’s something positive, that it’s going to express pro-social values that will promote tolerance, and that will contribute to our society and to our global community.”

If Olesker can continue what he is doing for the rest of his life, he will remain happy. His life has not always been easy, but it has been rewarding and gratifying, so he considers himself a truly lucky man. He is always eager, however, to dive into new projects and to apply himself to them with his never-ending passion. He is currently working on the production of several new television programs, including one that focuses on the life and travels country singer Buddy Jewell.