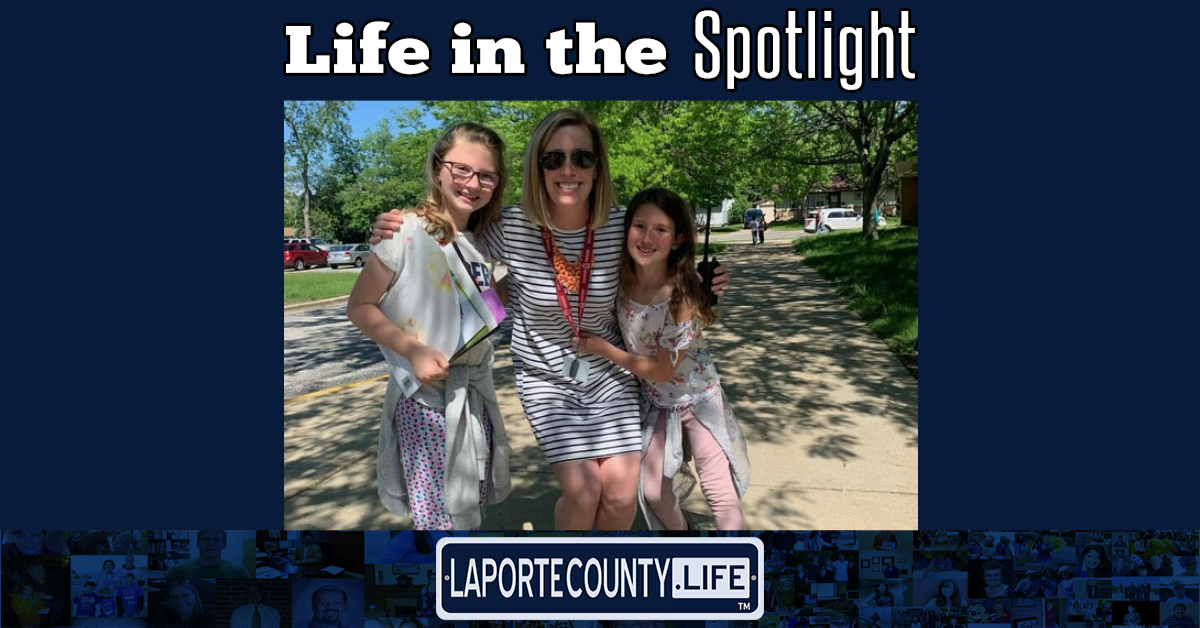 If you ask Holly Martinez about her life in general, inevitably, the conversation will come back to her work as an educator and principal at Knapp Elementary School in Michigan City. But that’s understandable. Martinez is now working in the town where she grew up and is heavily invested in making sure students there contribute to making Michigan City a better place.

“Overall I think I’m very passionate about the community because I see the direction Michigan City is heading in and it’s a very positive one. I feel like our youth need a cheerleader who is going to support them at school, unconditionally,” Martinez said. “Coming back to work in your hometown - you have the understanding, the connection and almost that proud duty to serve the community that developed you.”

Martinez earned her degree in elementary education from Indiana University and sharpened her educator skills in schools on the South Side of Chicago before coming back to her hometown in 2015. She said she feels a special connection to students and parents, having grown up in Michigan City Area Schools herself.

“I can talk to my students about how I went to Edgewood and played Knapp in basketball. I think it helps them to see that we’re all one, that we’ve traveled this path and we‘re on this journey together,” she said.

Martinez also holds a master’s degree in curriculum and instruction and has continued to keep her ears and eyes open when mentors encouraged her learning throughout her career. A boss in Chicago inspired Martinez to seek her administrator’s certification, which she secured in 2018 from Indiana University Bloomington. That opened the door for her to take on a leadership role in Michigan City.

After serving as a dean of students between the two magnet schools in Michigan City, Martinez answered the call when Michigan City Area Schools asked her to step in as principal of Knapp Elementary in January.

It’s a different world, but a wonderful one.

“In this role as principal, what really makes me happy and reassured is when I hear the staff say how supported they feel. It’s hard work, so hearing that morale is good in the building is good. All research shows that it’s all about morale and building positive relationships in the school,” Martinez said.

“Hearing positive feedback from parents, too, makes me feel good about why I got into administration. It’s also reassuring that we might be doing something right here,” she continued.

Martinez babysat a lot as a teenager and is the oldest of four children in her family, so the inclination to be comfortable around budding minds and little humans was natural. But she pursued a different career initially.

“I grew up saying I wanted to be a CPA in my daddy’s office, which is funny because I lasted a mere semester as an accounting major,” Martinez laughed. “I just couldn’t see myself behind a desk punching numbers into a computer and working on spreadsheets all day. I’m a people person and driven by interactions with others. What keeps me going is seeing happiness on students’ faces and to help them with any challenges they have.”

For as much joy as the students and parents bring Martinez, the staff at Knapp bring it twofold.

“I’m very fortunate to be working with a collaborative staff. I didn’t know anyone when I came to Knapp, so I came in with a clean slate and an opportunity to embrace the staff and build something wonderful here. They are so dedicated, and I see them having the same passion and drive I have to help our students achieve their goals. This is a time for rebuilding, and everyone is moving forward together,” Martinez said.

The staff has been particularly creative with new projects to enrich students’ lives, and Martinez said she welcomes volunteers and donations to help accomplish them.

The school already has the little library house but needs materials to create the foundation and post on which it will stand.

“We would like to purchase a wider variety of diverse texts for our teachers and students. Books are not cheap by any means, and with our school’s diversity growing, we want to celebrate that and put books in the hands of students that contain characters they can relate to,” she said.

In the community, Martinez volunteers her time as an advisor to the Boys & Girls Club of Michigan City to help them build a strong foundation for after school programs and volunteers on the Michigan City Scholarship Foundation Board. She, along with Knapp Elementary staff, remains focused on building support for school programs, including the police and fire departments who visit the school as big buddies, and the Rotary Club who showed up in full force to host a first-day-of-school greeting event for the children this year.

When she isn’t working, Martinez and her husband Michael enjoy golfing, which she just learned last summer, and traveling. They try to incorporate the two when they can. To blow off steam, she’s recently tried kickboxing and is grateful for her family and friends who keep her grounded.

“My sister is a teacher in the school system, so she gets it, and is a great support,” she said.

For more information about volunteering or getting involved in activities at Knapp Elementary School, contact Holly Martinez at 219-873-2096 ext. 6404, or email hmartinez@mcas.k12.in.us.