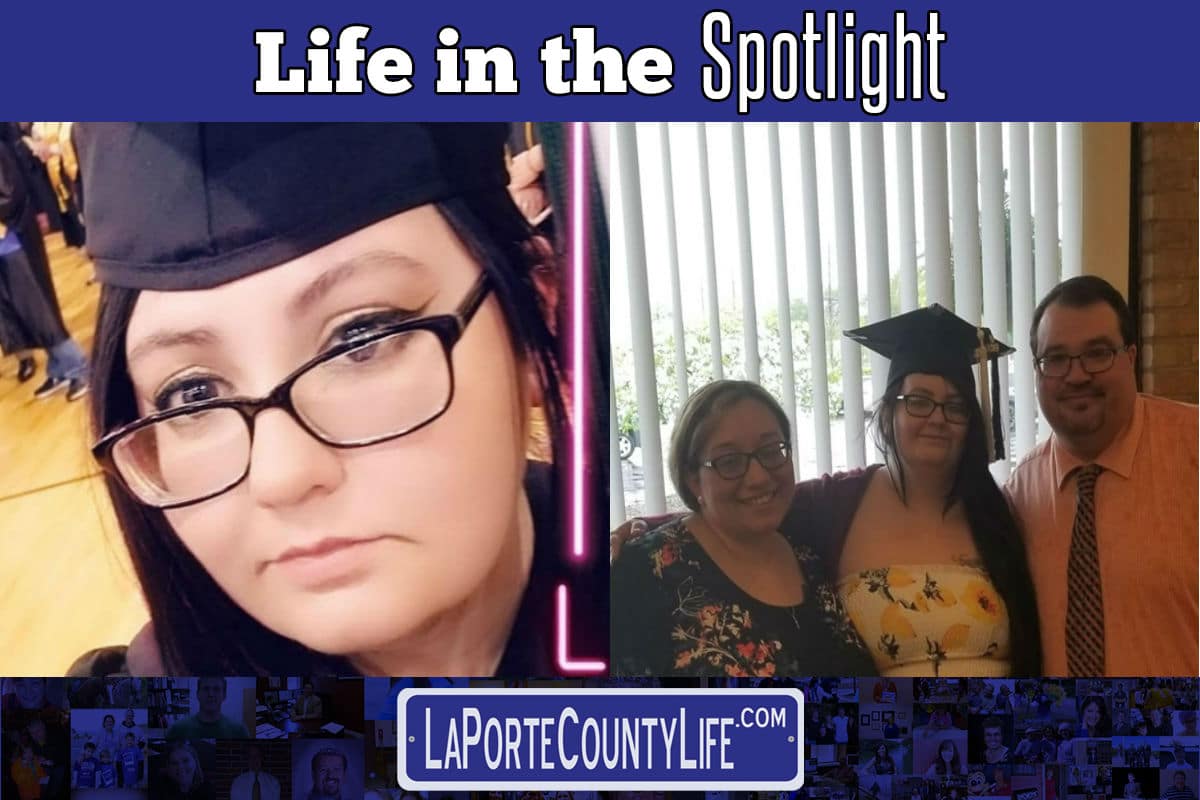 It was a long journey for Gina McCartney to walk across the graduation stage. There were twists, turns, and a few tragic detours along the way, but it all helped McCartney prove that anything is possible.

“The setbacks were frustrating because I was trying to make something of myself,” McCartney said. “I kept my mindset that I can do it.”

McCartney originally enrolled in school to pursue graphic design. Things were on track until her father was diagnosed with stage 4 lung cancer. McCartney worked full time and had to put school on hold to be a caretaker for her father. She helped him with the daily tasks that many take for granted, and assisted with his newspaper route. Her father encouraged her to go back to school, but McCartney knew caring for him is what she needed to do.

“Leaving school was worth it to be able to spend more time with him,” McCartney said.

Tragedy struck in 2016, when she and her father hit a sheet of black ice while driving. The car plummeted into a ditch, killing her father and injuring McCartney. Adding another layer of pain and grief, her mother died suddenly of a heart attack later that year.

Even in her darkest hour, McCartney refused to give up. She went back to school to make her parents proud, but this time for early childhood education. She loves children and thought teaching would suit her more than graphic design. However, she learned through her assignments and time in the field that it was not a career for her. She decided to leave school, again, and find her true calling.

In the wake of her parents deaths, McCartney explored her artistic side as a way of channeling her grief. She connected her passion for creating with business, and began taking classes in that field.

“I never thought the business world would be something I liked, but I learned so many interesting things,” McCartney said. “Sometimes you have to try new things to find your dream.”

This spring, McCartney graduated with a business degree from Ivy Tech and plans to grow her business called Happy Hands, her own custom line of homemade soap. Growing up, McCartney never would have guessed she would be a business owner, but she loves it and hopes her parents are proud.

“I wish my parents could have been there to see me graduate, but I can’t bring them back,” McCartney said

McCartney has a strong support system to see her through to that cap and gown. Her siblings, boyfriend, and a special teacher, Jack Schoenfelder, served as guides to help her achieve her goal. McCartney was motivated and inspired by many, and hopes that her story will serve as an inspiration for others.

“A lot of times people feel like they don’t have what it takes and they are going to fail,” McCartney said. “You should follow your dreams, no matter what.”