Erika Stallworth, Executive Director at the La Porte Juvenile Services Center, is using passion and competency to help support our city’s youth. As the youngest and first person of color to hold the position, Stallworth has already made strives to turn the Center into a supportive place for the youth to get back on track. She does not take her role as an inspiration lightly and always looks to inspire others. 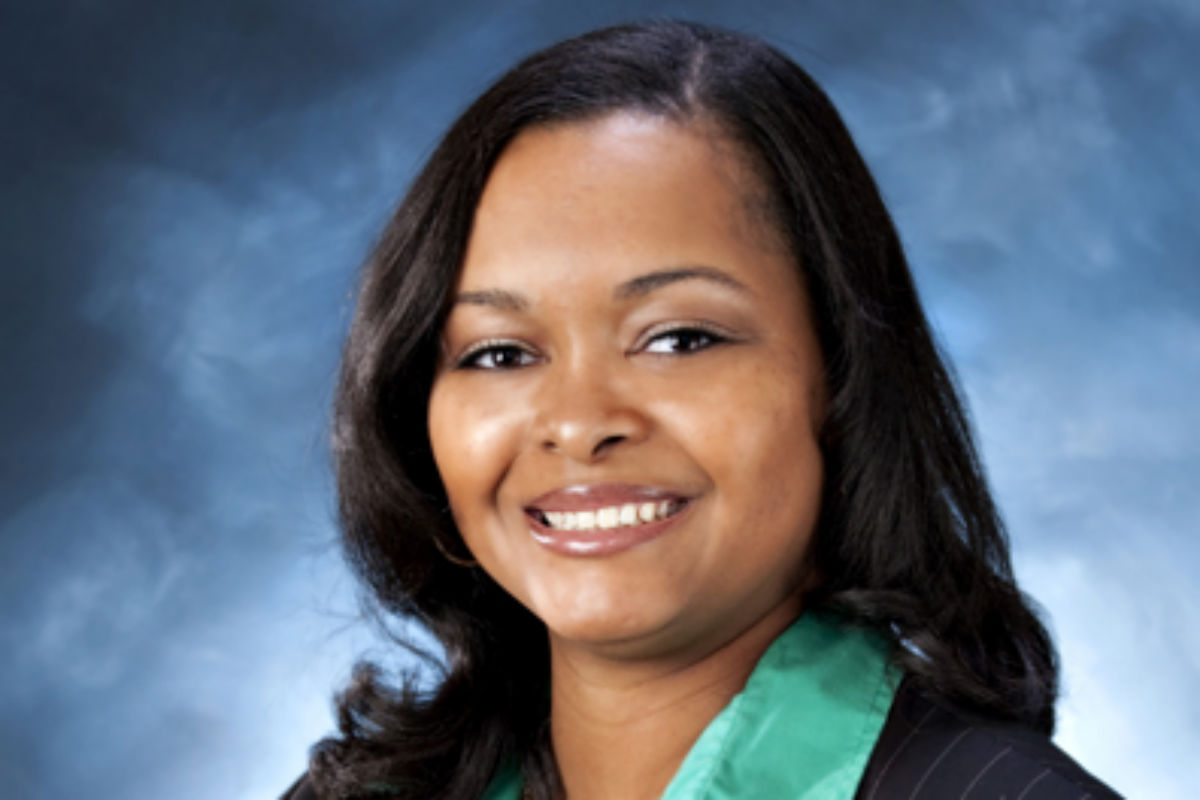 Born in Chicago, Stallworth attended Kingsford Heights Elementary School, Kesling Middle School, and La Porte High School. She attended Spelman College where she earned her bachelor’s degree in psychology with a minor in Spanish. Her senior year she decided she wanted to pursue social work, so she attended University of Michigan where she earned her master’s degree in social work where she focused on interpersonal practice and juvenile justice.

“Growing up, I was always somebody that people could go talk to about their problems,” she explained.

Even before earning her master’s degree, Stallworth worked in the summer at the Juvenile Services Center, and has remained loyal ever since. After graduation she took at job at the Center as a case worker and ten months later was promoted to counselor.

“As a social worker you can advocate for kids, but having a legal background would help improve that advocacy.”

She graduated with her doctorate and a certificate in child and family law in 2008. After earning her degree, she was promoted to assistant director and then executive director in January of 2009 where she has remained.

“This community is very family-oriented and supportive. I have a great support system, and there are people who really do care about the juvenile system in the community. It is a small town, and I think the pros outweigh the cons,” Stallworth explained.

Stallworth has been a force of change at the center and works to identify and tackle problems as they arise.

“The biggest challenge I face is seeing members of the same family come through our doors. At some point you have to stop the cycle. It is frustrating to see that type of thing reoccurring.”

But to correct this, Stallworth has worked on increasing family engagement, which is a key piece that is often missing. The Center is now a Juvenile Detention Alternatives Initiatives expansion site, part of a nation mission. In addition to this, Stallworth has used her skills in leadership. She was one of ten nationally chosen to participate in National Juvenile Justice Network's Youth Justice Leadership Institute, a leadership program where she learned valuable skills she brought back to La Porte.

“It is important to keep in mind that even though you are working with children, they have broken the law. At the same time you need to consider their mental state, age, maturity and things like that. To be effective you can’t treat every child the same way.”

In the future, Stallworth is looking to use resources to correctly identify if a child needs to be placed in restrictive environment or an out-service program. She wants to develop more programs that will allow the center to work with the children while keeping them engaged in the community.

Stallworth urges the community to get more interested and involved in the juvenile justice services. There are many programs that need volunteers and the Center is always looking for mentors and role models to step in.

“We have to remember these are children. Regardless of what they have done, we need to treat them with respect and be a role model to them.”

In her spare time, Stallworth relieves stress with her photography side-business, traveling, or church. But above all, she truly enjoys her job.

“My favorite part about this job seeing children out in the community who I have had an impact on. They will come up to me or send me a letter or card thanking me. Many of them are adults now with their lives on tracks. Just knowing that the time and attention I gave to a child impacted them on a positive way and they have continued on a positive path even if they made mistakes in their youth.”