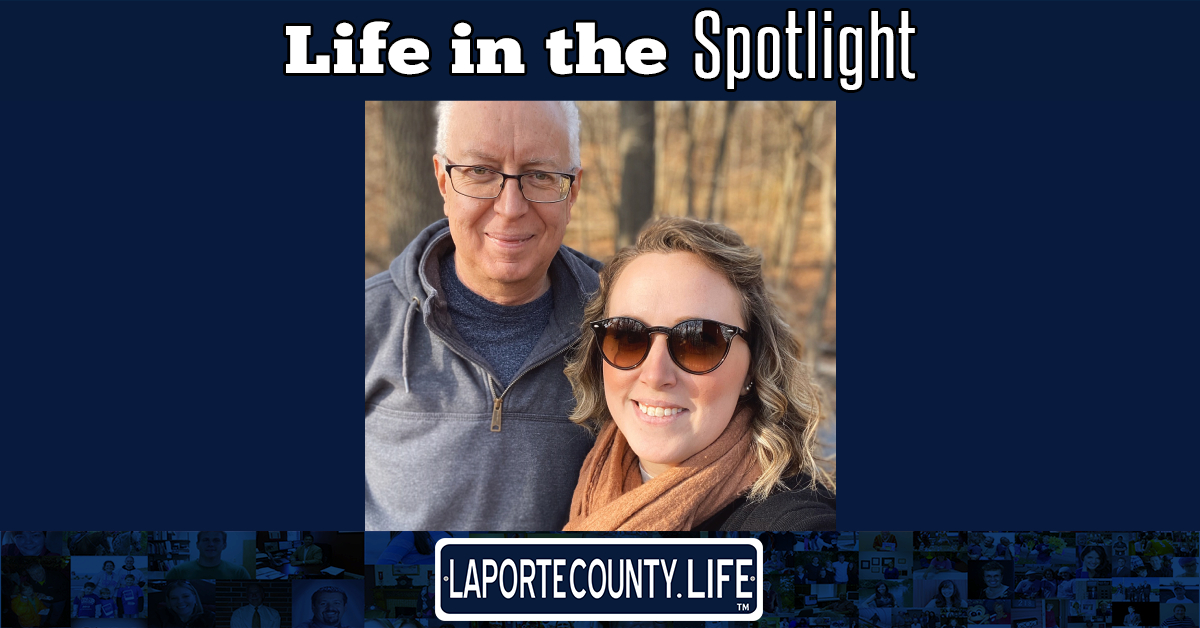 Earl Adams with his daughter, Liz.

Earl Adams made a living doing what he loved, working in engineering and technology. The Region native lives in La Porte, with his wife Regina and daughter Liz, of whom they are very proud. Adams spent much of his long career working in the healthcare industry, taking leadership roles in information technology at places like La Porte Hospital. Now retired, he fills his time as a mentor, teaching at the La Porte County Public Library’s Maker Lab, and creating beautiful, functional woodworking and saddle stitching as a hobby.

The Maker Lab is filled with technologies designed to help people of all ages learn STEAM (science, technology, engineering, art, and math) and have some fun doing it. 3D printers, robotics kits, cutting machines, and tools for coding and programming are just some of the things visitors to the lab get to experience first-hand.

“We expose people to stuff that they might not otherwise get the chance to see,” Adams said. “We see all kinds of people, from the super young to one 92-year-old gentleman who wanted to learn about 3D printing.”

Adams helps guide Maker Lab visitors through a “Steam Sandbox,” hosted every Tuesday, Wednesday, and Thursday. He walks people through building STEAM skills that are both fun and practical in the real world. His own education was somewhat pieced together, always taking courses in things that interested him and that complimented his degree in medical microbiology, while also learning on the job. He hopes to help kids and adults do what he did and have fun learning.

“My jobs have always kind of been my hobbies,” he said. “It’s been wonderful working in what I love to do.”

Adams worked in medical technology almost all his life and saw what a dramatic impact the technology he showcases at the Makers Lab left on his industry. He thinks 3D printing in particular is an exciting tool.

“In today’s world, especially in engineering and design, they use a lot of technologies like that,” he said. “3D printing allows you to think of an idea, and in not too long of a time you can print that idea out and see what it looks like. It’s almost like magic, first there’s an empty space and then an hour or two later there’s something sitting there that was only in your mind or on the computer before.”

In the near future, 3D printed organs might replace the need for organ donors, and he has already helped his students at the Maker Lab print prosthetics for people in need with an event organized by the library called “Lend a Hand.”

“Last year we printed hands that people with various disabilities could use as a replacement,” Adams said. “They were designed for children with missing hands. It was just amazing to see what people came up with, and how people in the community were able to make those hands.”

The La Porte County Friends of the Library have named an award after Adams, the Earl Adams Igniting Innovation Award. It’s a testament to his dedication toward lifelong learning, and his unpublished motto to always help first.

“I’ve always enjoyed what I’ve done,” he said. “If I show someone how to saddle stitch something, they learn that skill and can use it for life. I think giving back and teaching other people and helping them learn those skills is something that can never be taken away from you.”