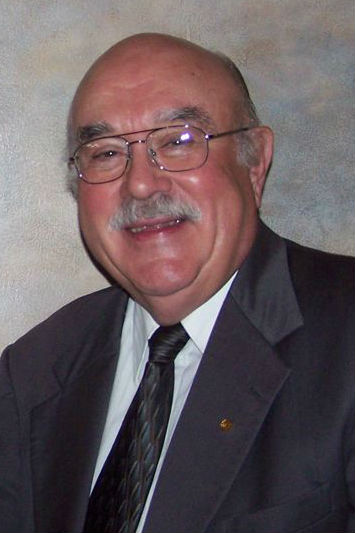 Associate Professor of Communications at Purdue North Central, Dr. Daniel Padberg has always been deeply interested in various forms of communication, especially those linked to the theatre.

Dr. Padberg had taught at Purdue Calumet for 10 years before transferring out to Missouri, where he remained for another 10 years as the Chair of the Theatre Department. However, after those 10 years, Dr. Padberg’s department ended up being shut down, which gave him the opportunity to make his way back to Indiana. He settled for a brief time at Indiana University Northwest, always keeping a weather eye out for an opening with Purdue again.

“The job with IUN brought me back to Indiana, where I could be closer to my family,” Dr. Padberg said. “While I loved my time with every university I taught at, there was just something about the Purdue system that always pulled me back in. It was just a perfect, irresistible match that I wouldn’t be able to pass up.”

In 1989, while teaching at IUN, PNC had a faculty member retire and they called IUN looking for someone to teach a course on persuasion. They called Dr. Padberg and offered him the chance to teach the class, officially pulling him back into the Purdue system. Before long, they suggested doing a theatre production, which was something they had never done with PNC students before.

“They asked me to assist on this project, because of all of my theatre experience back in Missouri,” Dr. Padberg said. “We had our first theater production with the students of PNC in 1991 and by 1993, PNC had hired me full-time.”

The year after being hired into PNC, the Chancellor decided that they should have a theatre program on campus and that Dr. Padberg should be the one to run it, which he did until 2004. Through his time at PNC, Dr. Padberg has taught some absolutely wonderful classes, including: History and Development of Musical Theater, Oral Interpretation, and Communication Theory.

“I love the interaction I have with my students,” Dr. Padberg said. “It’s one of the things that keeps me going, and brings me back class after class.”

As of the fall of 2014, Dr. Padberg went on partial retirement, now only teaching two courses a semester, two days a week. He had the option of retiring completely, but didn’t want to stop doing something that he loved so much.

In his spare time, he and his wife are active with their church in Merrillville, where Dr. Padberg thoroughly enjoys putting on a puppet theatre show for the children in the Sunday School Program. He is also an active genealogist, working with researchers in the US, Canada, Germany, and the Netherlands, doing research on his family’s history and origins. The rest of his spare time is devoted to spending as much time as he can with his wife, their four children, and their four grandchildren.