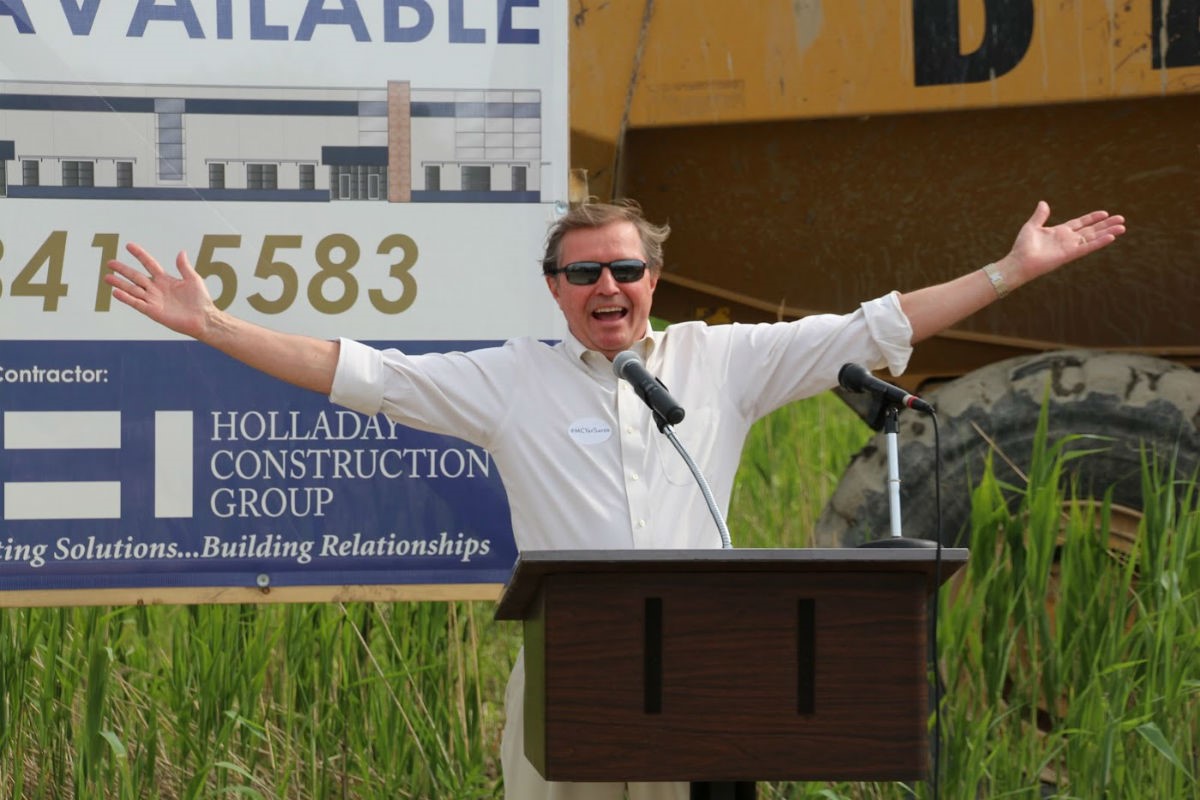 His key strategy for success at NIPSCO, where he works as the Director of Economic Development, is to find good people to help in any endeavor.

He is looking for those people who want to make a difference. Those brave souls who will stand up at city council meetings and share their own vision toward building a better economy, and so far, that is what he has found.

Babcock was born in Germany during the years his father was stationed there for the military. He then grew up in Highland, and graduated from Purdue Northwest with a degree in engineering, becoming the first person in his family to obtain a degree. He finished a Master’s in business at the University of Chicago and went directly to NIPSCO.

He was always drawn to making things, from toy replicas to rebuilding cars. He was a self-proclaimed “motorhead” and was sucked into the refurbishing of a 1970 hot-rod red Barracuda.

In 2004, he was made the Director of Economic Development at NIPSCO, after working in many different positions at the company leading up to it. He previously was the division manager in the Michigan City branch, operating superintendent in Valparaiso, director of customer service and rant the 800 number for NIPSCO’s central billing and dispatch. In his current position, he now has his past years of experience to see how far NIPSCO has come in making Northwest Indiana a better place to live.

“There is a large number of central resources we provide,” he said. “Now, we can bring the weight of a multi-billion dollar corporation to the table to try to encourage new and positive development.”

When Babcock grew up, most people commuted to the steel mills from land and neighborhoods as far away from the polluted air and factory smells as possible.

“The skies were gray and orange,” he remembered. “Our environment is substantially much cleaner. The air, the water is much cleaner, the soil is much cleaner… you can go to the beach and watch the sun set over Chicago now!”

Northwest Indiana assets like the Indiana Dunes, the lake front, and the proximity to Chicago – with the future double track South Shore railroad to make that even better – are all opportunities Babcock is excited about for the growth of the Region. Plus, the new hospital coming in and all of the new delicious restaurants, like Cool Runnings, Bartlett’s Fish Camp, and 100 Washington.

But, it doesn’t stop there.

As the president of the Michigan City Redevelopment Commission, Babcock and his team are “literally rebuilding the city.”

“Next year we are going to put another $20 million into the downtown. We have reopened two-way streets throughout the city, have a new Artspace building with over 40 artist lofts, and a new North Pointe Pavilion.”

The improvements made in Michigan City, both large and small, are all done thanks to the people who believe in the better future for Northwest Indiana, Babcock said.

The huge, beautiful MICHIGAN CITY lettering, symbols, and 80-foot flags constructed into the overpass on Interstate 94 at U.S. 412 is one amazing improvement and example of what is being done, and still to come, to the city.

“People have remarked to the mayor that tears come to their eyes when they go through that intersection, for representing the sacrifice of our veterans,” Babcock said. “A lot of good things are happening on many, many fronts and it takes leadership.”

The leadership by Mayor Ron Meer, Babcock claims, is why the city is doing so well.

Babcock is such one resident. Babcock has been on the RDC for the last four years, as well as sits on the Lake County Indiana Economic Alliance, the Greater La Porte Economic Development Corporation, and the Economic Development Corporation of Michigan City boards. He served as the vice president chair of the Society of Innovators with Ivy Tech Community College, and was the president of the Boys and Girls Club of Michigan City.

“I like to hang out with people who want to do some great things, instead of just talking about it,” he stated. “It makes me proud to be working with other people, and I can say so much for those people who believe in a better future for Northwest Indiana and their collective positive energies can make it so.”

When not working with these great sidekicks, Babcock and his family are hanging out with them at the local festivals and events. The annual Grand Prix boat race coming up on August 6th is a traditional event to watch, as well as taste testing at the yearly brew fests. His wife Sue is a retired 1st grade school teacher within the Michigan City Area School System and both children are Purdue University Lafayette engineers. His son Ryan is an electrical engineer at Beckman Coulter and his daughter Julie is a material science engineer and works at Cochlear Ear in Colorado.

In his free time Babcock enjoys traveling and skiing, both in the water and snow. He was just in Costa Rica where he was “playing Ironman” as his flyboard soared over the water on jet streams underneath his feet. “It is challenging,” he said, “but a lot of fun.”

It is hard to make a change and Babcock understands that. But, when it comes to making changes and improvements that will better the life of your fellow neighbors, Babcock makes sure he has a team of dedicated people who are working positively together to make things happen.

“Great things are happening and I am proud to be a part of Northwest Indiana,” he said.