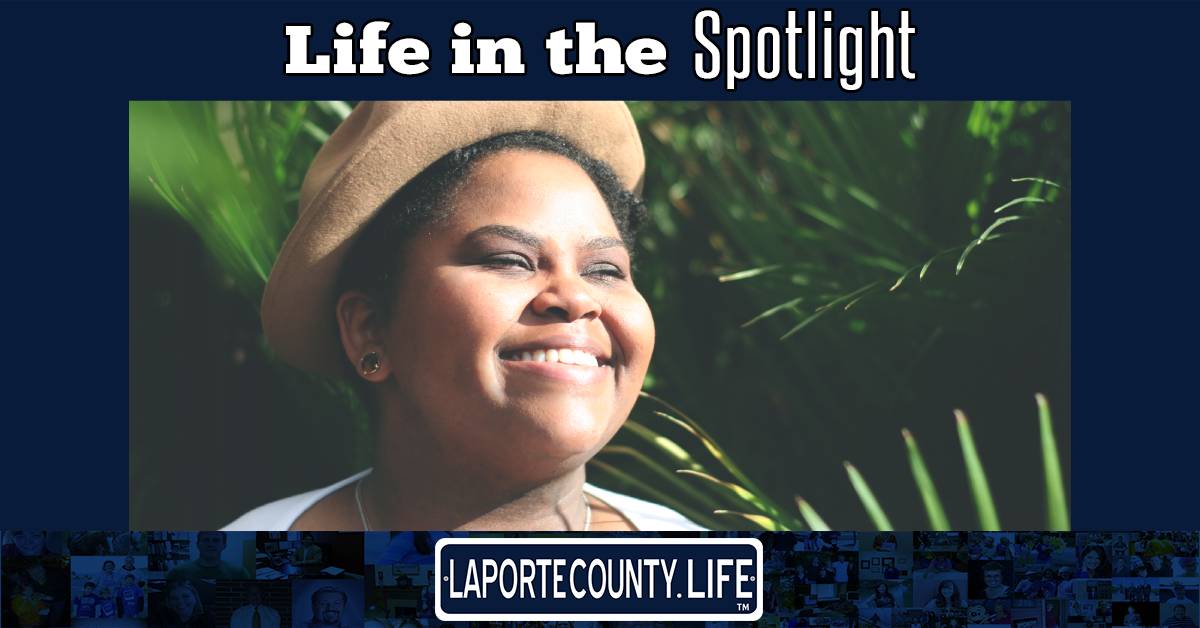 Dominique Edwards, born and raised in the Eastport neighborhood of Michigan City, is an urban planner, food system expert, and sustainability advocate committed to helping her community.

“Since I’m an urban planner, I don’t have any favorite parts of my community,” she said. “It’s a force of habit to study, know and love a city in its entirety, even the parts that everyone else doesn’t think are so great; those are actually the parts I love the most.”

A Michigan City High School Graduate, she attended Purdue University Northwest and earned a Bachelor of Science in Biology. Science had always been a passion of hers, though it was not always easy to pursue – so much so that if she could give her younger self any advice, it’d be to keep following that passion no matter what.

“Every random science experiment you ever thought of, that no one else understood but you, shaped you to who you are today,” she said. “So, keep being creative, innovative, and full of hope. Never lose that spark, no matter how hard people want to beat it out of you.”

One source of inspiration was her father, who taught her how to garden after her mother passed away in 2009.

“Through re-connecting and healing through the land, he was able to teach me an amazing skill that has opened many doors for me over the last decade,” Edwards said. “The greatest investment my father ever provided to me was not financial, it was faith and love. His faith, love, and life lessons never run out; they are endless. And though my mother is no longer living, she is still protecting me through her prayers today.”

After finishing her undergraduate studies, Edwards attended DePaul University where she achieved a Master’s in Sustainable Urban Development. It was there that she began translating her education and life lessons into community contributions.

“The reason I went back to graduate school was because I needed to add more tools to my toolkit to better serve my community,” she said. “While I was studying at DePaul, every paper, project, and presentation I did was on Michigan City. I spent years studying, analyzing, interpreting data, and even designing old vacant areas of the city in my urban design course. It isn’t about what I can give back to the community, it’s about what value I can add to my community.

Edwards now serves as the Public Participation Planner at the Northwestern Indiana Regional Planning Commission. She’s also a founder and board member of the NWI Food Council. Their work is centered on the Region’s food system, which is all of the activities involving the production, processing, transport, and consumption of food.

The Food Council’s largest concerns are food insecurity and food justice. They seek to combat food apartheid, which is a social construct that devalues human beings and assumes that people are unworthy of having access to nutritious foods and impacts people of all races, but disproportionately impacts communities of color.

“Don’t be fooled by what you think poverty should look like or what the media makes you think it should look like,” she said. “We’re all one bad day away from needing a helping hand. Over 50 percent of Michigan City residents do not have the ability to meet their most basic needs from day to day. Poverty looks like your friends, family, neighbors, and co-workers.”

Much of Edwards’ passion for food justice came from her 2012 attempt to build a community garden. The produce it made would have gone to local homeless shelters.

“Unfortunately, that project never came to fruition due to lack of resources,” she said. “It’s a lot harder to develop community gardens than people think. These projects are feel good in theory, but we have to think long-term. We need sustainable solutions which will take a system change in order to combat food apartheid.”

Facing difficulty, rejection, and unexpected challenges is part of the journey that makes us who we are, Edwards said.

“I’d thank everyone that told me no,” she said. “I taught myself that if no is the worst thing that anyone could tell me, then, that’s not so bad. Rejection can be difficult for some people. It can be incredibly painful. I’ve had my fair share of it, and it’s hard. But sometimes, those no’s are a blessing in disguise.”

Edwards also serves on the Michigan City Sustainability Commission and as a member of the Indiana Chapter of American Planning Association, where she serves on the Planning and the Black Community Division. In her free time, she practices archery, gardens, and collects plants.

“I have collected over 100 plants at least,” she said. “It looks like I lost a game of Jumanji in my house.”