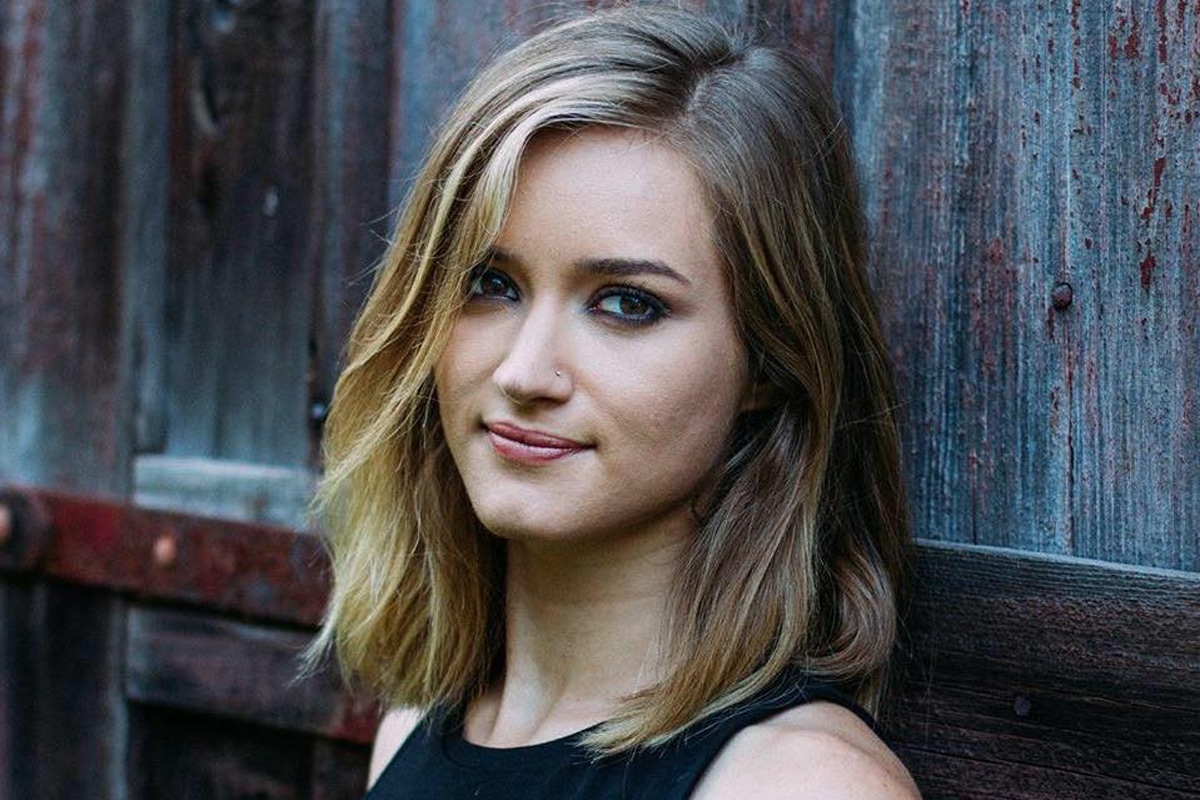 As a former graduate of La Lumiere, Devon Carlson is pouring her heart back into the school and into the community as the Assistant Director of Marketing and Communication.

For as long as Carlson can remember, she has been a lover of language. Her passion for learning languages has guided her on her path, instilling a hunger in Carlson for diverse cultures, traveling, and art. Her last two years of high school were spent at La Lumiere School, a college preparatory boarding and day school in La Porte.

Looking back, Carlson can see how her love for diversity blossomed at La Lumiere.

“It’s a super diverse school,” said Carlson, “whether that’s socioeconomically with the students that come from the United States or internationally. That diversity is expressed in everything that we do.”

After studying French Language and Literature from Principia School of St. Louis, Carlson uprooted herself and moved to Mexico City, where she worked as an English teacher.

“It was so challenging and so rewarding in so many ways,” said Carlson. “I went there by myself.”

Though Carlson had been exposed to many languages in her youth, she found herself in Mexico City knowing little Spanish and without family around. Today, she looks back on the experience as a major defining moment in her life.

“I’m so grateful to have had that experience,” said Carlson. “It really added so much dimension to my own life, but I think, more than anything, that experience was a huge proving ground for me. Until that point, I had always been afraid of failure. I avoided doing big things by myself because I was afraid to fail at them. I wanted that challenge. I wanted to prove to myself that I could do something like that.”

Carlson returned to the Region after six months in Mexico City to become La Lumiere’s Assistant Director of Marketing and Communication, where she strives to inform the community about the opportunities at La Lumiere.

“I try to put La Lumiere’s name out there and let people know how awesome we are,” said Carlson. “There is a sense of warmth and strength and community [at La Lumiere], and you feel that in the air. It’s a vibe that you get when you step on campus. It’s really cool when I can help people understand why I love La Lumiere and why they can, too.”

At La Lumiere, she spreads her love for the Region with the students and the members of the community. Throughout her life, Carlson noticed a disconnect between the beauty of the area and the feedback from its residents. She urges the community to recognize the value of the area and to take pride in it.

“I am a total lover of Northwest Indiana,” said Carlson. “This is your home. Everyone everywhere has things that they dislike about where they are from. Look around us. It is so beautiful. We have such a spirit of grit here. I have traveled and lived abroad, and I always want to come back.”

Carlson recognized the potential of the Region if its members supported the community and each other.

“What we have is a gift and it is amazing,” commented Carlson. “We have a long way to go to make it a better place. What we have is a lot of respect for each other in the area. I want to spread that message of having pride. If we invest ourselves with love and care into where we come from and in each other, we will make this place an incredible place to be and to live for generations to come.”

Carlson hopes to inspire members of the community, acknowledging the profound effects that others have had on her. Dr. Helene Brown, Carlson’s French teacher and advisor during her time at Principia, inspired Carlson to take risks.

“She’s a tiny, fiery, spirited lady,” said Carlson of Brown. “She showed me what it means to be a strong woman, especially in academia, and she really inspired me to push myself outside of my comfort zone.”

“She was so compassionate. She really invested a lot into me and into my classmates in those two years,” said Carlson. “She helped us see who we really were and how to be the best version of ourselves.”

Carlson hopes to use the inspiration from her educators to give back to the students at La Lumiere and to the Northwest Indiana community.

“A huge thing that I love about La Lumiere is that we strive to be as inclusive as humanly possible,” said Carlson. “We have such compassion and care for one another that it is almost tangible.”

In addition to the staff of La Lumiere and to her personal role models along the way, Carlson also noted the vital role that the students at La Lumiere play on the atmosphere of the school and on the livelihood of the community.