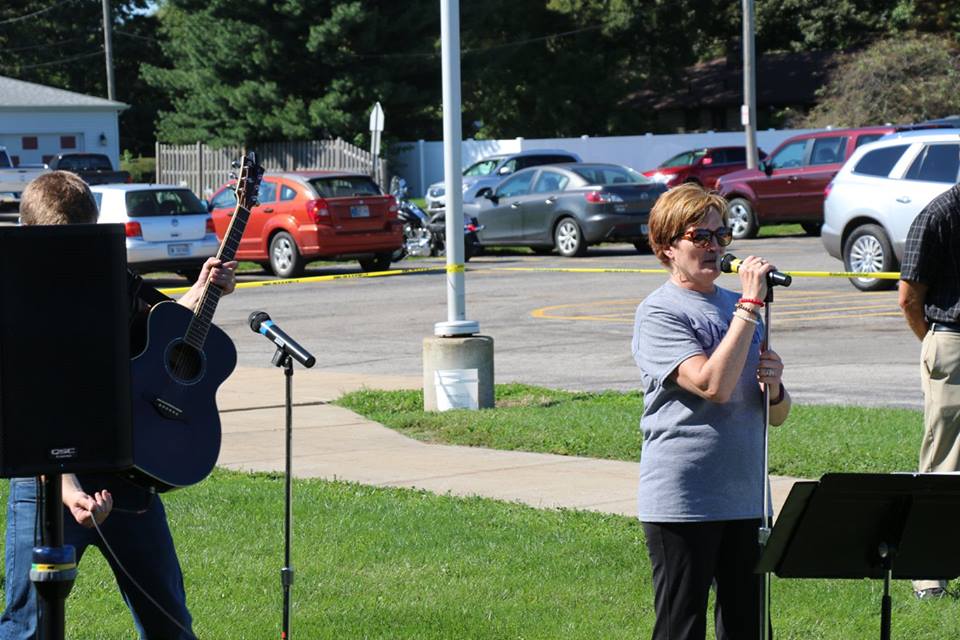 Denise Sanders celebrated her 10th year anniversary as the principal of Hailmann Elementary School in La Porte County with one large project. In the school’s backyard, Sanders and her staff fulfilled the wish of one of the second grade teachers, Sue Meyer, who recently passed away, by putting in a paved running and walking track.

As a strong advocate and coach for the Girls on the Run program, Meyer wanted to transform the open field into a track for the run club, but could not complete the grant application due to her sudden passing away. So, Sanders and the staff took on the project in honor of the beloved teacher’s memory.

“We started fundraising and spreading the word out in the community,” Sanders said.

The staff set up a specific committee and account, the Parent-Teacher Organization actively participated, and fundraisers with and by the community took off throughout the year.

There were cut-a-thons with local salons, the La Porte County Firefighters donated raised funds, and all the entry fees for the 2016 Turkey Trot were given to the Haillmann school family.

Bethany Lutheran Church, run by Pastor Dennis Meyer, husband to Sue, contributed as well, and helped the project along the way.

“I even had a student raise $2,500 from his birthday party,” she exclaimed.

The groundbreaking celebration was in early September and the official opening of the Meyer’s Mile Walking Trail – done so by a group run along the fresh paved path – was celebrated a few days later. In the spring, Sanders hopes to install benches, a butterfly garden, and use the space as an outdoor classroom.

“People, the community, use it,” she said. “They have been using it for some time now. The trail has been a combined effort of so many people.”

Sanders says her staff worked as a team, and continues to work as a team in all of the school’s programs, which is one of her favorite things about being the principal in La Porte.

She was born and raised in Oklahoma and worked as a teacher for 17 years before rising to the administrator role.

She moved to La Porte for her husband’s job, bringing her three sons. Her La Porte staff is unlike anything she has ever worked with, she said.

“They are very unique. Everyone has a strong point and they don’t mind spending a lot of time and hours after school to work on projects for the kids,” she said. “It has been a great experience being here.” 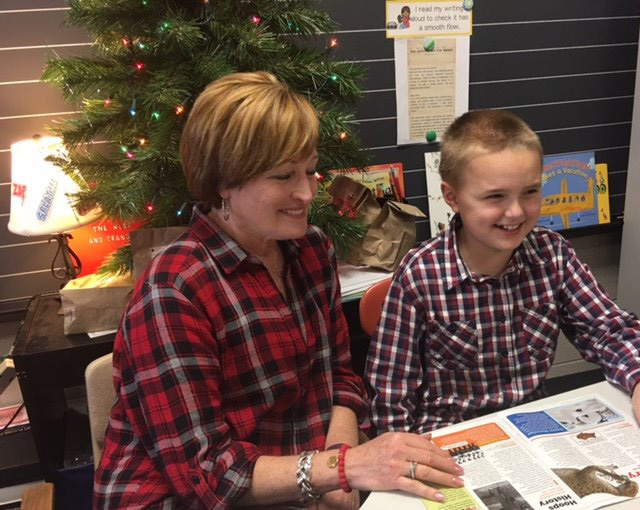 Sanders does not have too much free time – when she does, it is usually spent playing tennis and golf – because she is continuously working on improving students’ educational and social environments.

Right now, she and her staff are working on ISTEP performance and growth, applying for a grant to help fund for a new after school program to help students who specifically need more help passing the test.

On Thursday afternoons, she accompanies the students who want to excel and want to do more projects. “That is something I am really excited about,” she said.

Other programs she has begun at the school is the Building up Grades (BUG) program, where people from the community come to the school to help mentor and tutor the kids. Each staff member, from teacher to secretary, has a Hailmann Tie, where they bond with a student, whether it is eating lunch together or going for a short run around the Meyer’s Mile during recess.

The Hailmann Elementary School is a tight-knit family, a composition of students and staff looking out for their friends, both present and those who are not here today.