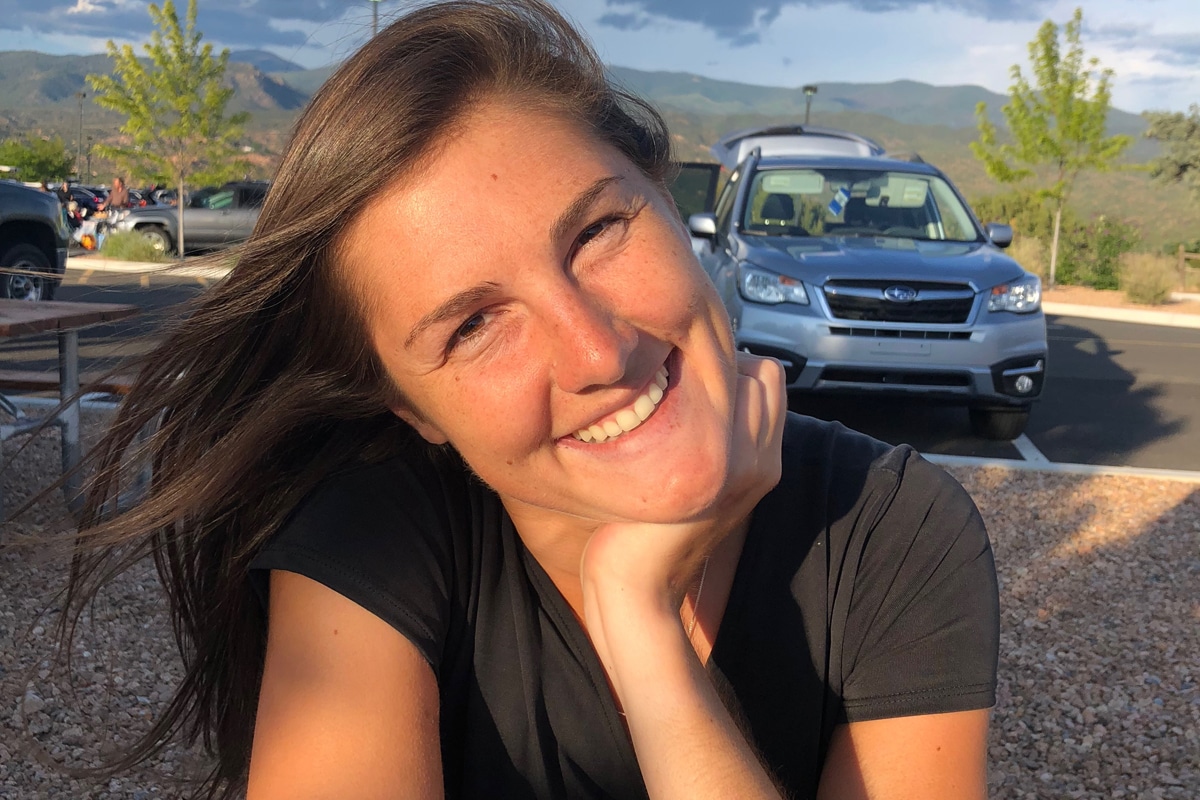 When she was in 8th Grade, Della Lyle attended a local music festival in her small Wyoming hometown. To her dismay, she noticed attendees neglecting to recycle their cans properly. Lyle marched over to the festival’s emcee and asked him to please remind the audience to recycle their cans the correct way.

“He just looked at me, like, ‘Oh, you poor 8th grader, you don’t understand the world…’” Lyle said, laughing at the memory. “But I said, ‘Please! These people! There’s a recycling bin right next to the garbage and they’re just disregarding it blatantly and I don’t understand why!’”

Along with her trusty bike and mileage markers to keep track of the emissions she and her family were sparing the air, the recycling occasion illustrated Lyle’s passion for protecting her environment and the community. Fast forward to today and you’ll find Lyle holding a career that allows her to enact those interests.

As Community Outreach and Sustainability Specialist for American Licorice Company, Lyle’s role sees her assisting with spearhead donation requests and oversee the company’s various community and environmental initiatives, such as the “Sweet Goods Community Garden.” Before landing the job, Lyle spent the summers of 2016 and 2017 working a summer internship with American Licorice Company.

“I was interested and intrigued to see how such a large corporation got involved in the community, though I was really just scratching at the surface of how important the work was going to become to me,” Lyle said.

One of her first realizations that this company was different than others, was during a time she helped participate in La Porte’s Rock the Block event, where she and other American Licorice team members handed out backpacks filled with school supplies to local students.

“I was in awe,” Lyle said. “I still remember getting my own school supplies, how expensive and overwhelming it was. To give these kids backpacks full of all the supplies they needed was so fulfilling!”

After receiving her master’s degree in Interdisciplinary Studies (with focuses in Psychology, Business Marketing, and Exercise Science) from West Texas A&M University, Lyle knew she wanted to join the American Licorice team fulltime. When the opportunity arose, she was thrilled to be offered the position. She officially moved to the Northwest Indiana region in August.

“What I love about this job is that it’s not only about giving back to the community; another aspect of it is endorsing the health and vitality of community members and our associates,” Lyle said. “The fact that we have a whole position dedicated to that is wonderful.”

Considering her community service activity in her undergraduate years at University of Redlands, her history with the American Licorice internships, and her environmental resourcefulness, Lyle loves her job.

“It is great to get back to those kinds of roots and stay true to what I’m passionate about,” she said.

If her master’s isn’t already an indication, Lyle is also passionate about exercising. While her number one love is running, biking is a close second. She and her coworker, Clarence Walsh, recently biked from Chesterton all the way to work at American Licorice Company, 20 miles away. Lyle hopes to continue the trend, biking from her Valpo home to work at least once a week.

“We’ll see if I can get up early enough in the morning; that’s the only thing I’m worried about!” Lyle joked. “I would like to see some kind of bike route that incorporates all of the Northwest Indiana towns, so I can bike everywhere!”

With the friends she made during her summer internship months, Lyle has enjoyed getting to know La Porte and Porter Counties more. She drinks as much coffee as she can, is transitioning to a vegetarian lifestyle, and is even thinking about getting a dog soon! She loves sharing her overstock candy with friends, so they can use licorice in lieu of plastic straws.

“I’m starting to feel at home, with a lot of help from everyone at the company and in the community,” Lyle said. “I can’t believe how gracious everyone is, and understanding and flexible and interested in giving back to the community, too. It’s awesome.”