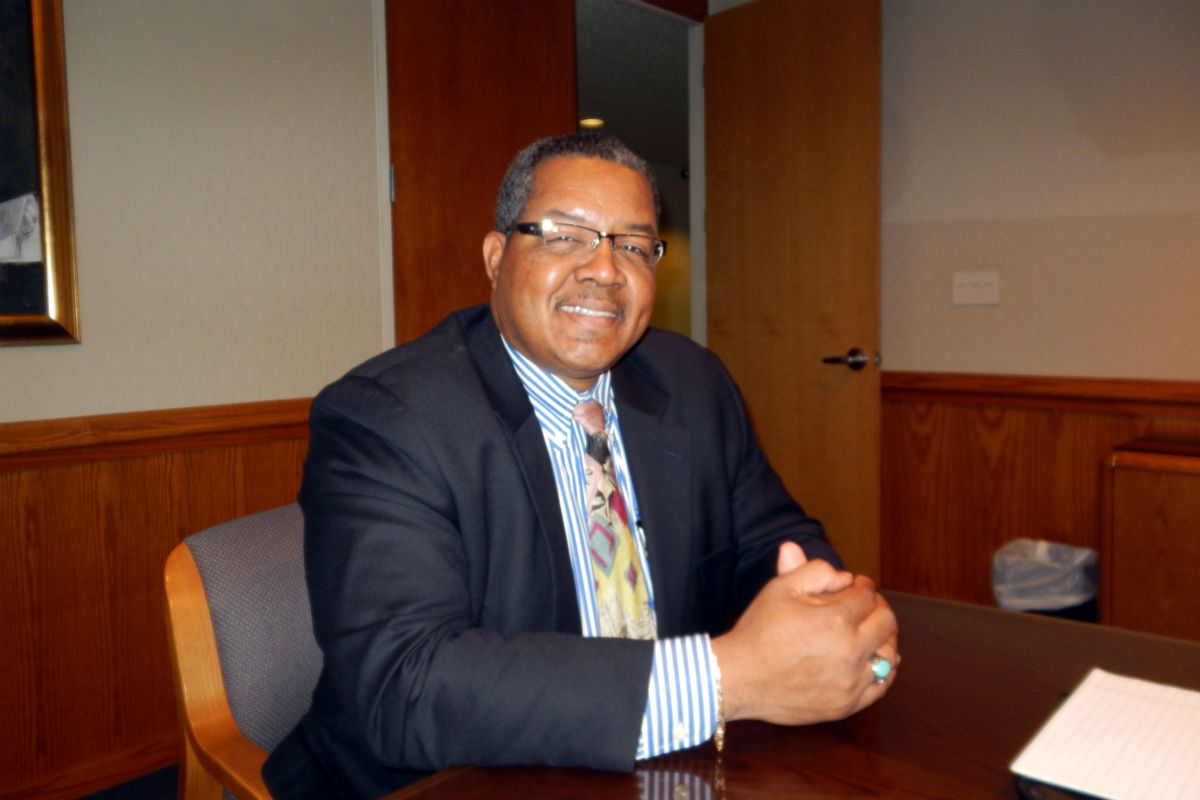 Clarence Hulse, Executive Director of the Michigan City’s Economic Development Corporation since November, has quickly gone from a stranger in the community to a well-known friend, mentor, and leader. Born in Belize, Hulse has lived in his fair share of places before settling in Michigan City. But it is the inherit fact that Clarence is an outsider to La Porte County that makes him so valuable. You see, Clarence looks at the community with an unbiased, outsider perspective and what he sees is the positivity, beauty, and potential of a city that is too often forgotten by its residents.

"Michigan City has a lot of untapped and unrealized potential and the community working together can achieve significant economic and social progress in the next few years," he explains.

Hulse came to America at 21 to attend Harding University in Arkansas where he earned his bachelor’s in public administration he then earned his master’s in economic development from The University of Southern Mississippi. This path was inspired from Hulse’s time as a missionary working in orphanages in Central America and Southern America.

“There is an old Chinese proverb that ‘it is better to teach a man to fish, then give a man a fish.’ Through that experience, I learned that one of the best ways to help people is to teach them how to help themselves,” he explained.

Following graduation, Hulse pursued this mission and spent roughly sixteen years working in economic development in Florida where he was responsible for many cities' economic revivals and worked in management, business requirement, business expansion, redevelopment, and workforce development. In Tampa Bay, he created 16,000 new jobs and $500 million in capital investment within a five-year period.

“It has been very rewarding to help a community grow, and provide career opportunities for the residents,” he said

Thus far, Hulse’s favorite part of the area is the spring considering the rough winter that welcomed him. He looks forward to utilizing the areas many amenities: water, beaches, fishing, parks, museums, the zoo, and more.

“I have only just started to explore. There is a lot on my horizon,” Hulse laughs.

Hulse’s charge is to help create awareness across the country that Michigan City is a great place to do business. This means Hulse works in marketing, outside business relations, local business expansion and growth, and with educational institutions to ensure that the workforce is prepared. Hulse is already noticing dramatic improvements at the local level.

“I think Michigan City schools are doing a great job. They are implementing programs that will change the community forever. They have many programs for welding, manufacturing, energy, and carpentry. They are creating the workforce. In the next few years I think we will see a huge pay out to the community.”

His office has developed the Michigan City Skills Institute with the schools and Workforce Innovations that will begin in July.

“Local workers will gain soft skills, hold a temporary job for three months, and get drug tested. They will go through a two-day soft skills testing period. At the end of the process we hope they will earn a job. Companies say they can’t find people, so we are finding the people and making sure they are ready.”

In the future, Hulse hopes to recruit new companies to come to the area, ensure Michigan City has a prepared and skilled workforce, and work with the local businesses to ensure they have what they need.

“A big part of this is sitting at a table and collaborating. Forming partnerships is the key moving forward and the hallmark of my career. We need to figure out how we can all work together to help each other progress. We want to find the people in the community who talk the talk and walk the walk. I need to cast my net as wide as possible to find those people,” Hulse explained.

Right now, Michigan City has a high unemployment rate around 10%, and Hulse hopes to cut that number in half in the next few years through the office’s initiatives and the community at large.

“Everyone has to figure out what role they play to make that happen. So part of my job is to keep having that conversation. Everyone needs to understand it takes everyone to make it happen, not just one person or business. There are multiple solutions at different levels.”

Hulse is without a doubt well traveled and well experienced in the economic situation of cities all over the world. So I could not resist in asking what makes Michigan City unique—economically speaking.

“The proximity to the big city, airports, railway, interstate. Everything lends itself to being the perfect location for a business. Michigan City has the both of all worlds.. We are fortunate to have a good quality of life and great companies here. So, why not Michigan City? This is a place where you can find a job, create a job, and raise a family,” Hulse closed.

In Hulse’s limited spare time he enjoys reading, particularly biographies about Greek and Roman history, where he learns about the past that always seems to come full circle. He is also an avid soccer time, so this month is especially exciting (he is cheering for Brazil.) Additionally he loves golfs, music, and travel.