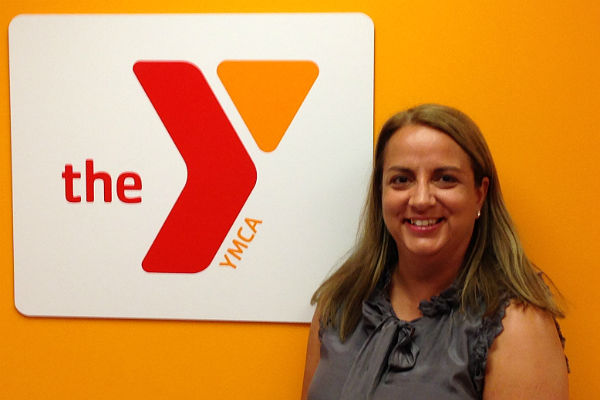 Cindy Berchem grew up in La Porte and learned to swim at the La Porte County Family YMCA, never imagining that one day she would be the executive director of the nonprofit organization. She took the position six years ago.

Berchem graduated from the University of Notre Dame and was a CPA with Price Waterhouse for ten years. She has been married to Don, her high school sweetheart, for 25 years and they have two daughters, Caitlyn, a 19-year-old Purdue University student, and Megan, a 15-year-old sophomore at La Porte High School. When travelling for her CPA job started interfering with family life, Berchem left her CPA position and started volunteering in the accounting department at the YMCA. The volunteer work evolved into full-time employment.

“It’s a wonderful door that opened for me,” she said. “I can give back by running an organization in the community that I was born and raised in and that I love.”

The La Porte YMCA was chartered in 1909 and had its first building in 1911. Berchem said three generations of the Larson family of Larson-Danielson Construction had a hand in creating and expanding the building at 901 Michigan Avenue in La Porte. The La Porte YMCA now serves 6,000 members and, in August, opened a satellite facility at the Long Beach Community Center.

Berchem is proud of the Y’s early childhood education program. The Child Care & Learning Center is a licensed facility that has received National Early Childhood Program Accreditation (NECPA). It is one of two centers in the county to achieve a Level 4 Paths to Quality certification.

“Our education for children starts at six weeks old,” Berchem said. “The more we can do for a child at a young age, the better they will do in Kindergarten.”

Berchem said the Educare Program for preschoolers ages three and four was just started in conjunction with the Michigan City Area Schools. The La Porte YMCA provides after school care for the Westville and New Prairie school systems.

She enjoys sharing success stories, such as the five-year-old boy who was placed in the accelerated reading program when he started Kindergarten and sent a letter to his preschool teacher thanking her for all that she had taught him.

Berchem is passionate about providing services through the Y that improve people’s health. She believes that physical fitness is a habit that needs to start at a young age and notes that too many La Porte residents are smokers and do not exercise.

“With the escalating costs of health care, the solution is getting people healthier rather than treating people after they have chronic illnesses,” she said.

The YMCA started Fitness Fridays as an opportunity to join La Porte Mayor Blair Milo each Friday for a 5K run or walks of one, two or three miles around La Porte. The fitness event starts on Fridays at 4 p.m. outside the La Porte YMCA on Michigan Avenue, just down the street from La Porte City Hall. To reward regular participation, those who attend Fitness Friday ten or more times earn a free t-shirt. The event has drawn as many as 200 people at one time.

Berchem said what gets her through the busy days are comments from members – many from multiple generations of the same family -- who tell her how the YMCA has made a difference in their lives. For example, a mother recently thanked her for the scholarship her child received to attend summer camp and how much he really enjoyed the field trips.

“You don’t work at the YMCA because you have a vision of becoming a millionaire,” Berchem said. “The dividend is that you make a difference in people’s lives. Accounting provided intellectual stimulation but it’s not the same payback. This is more of a feel good job.”