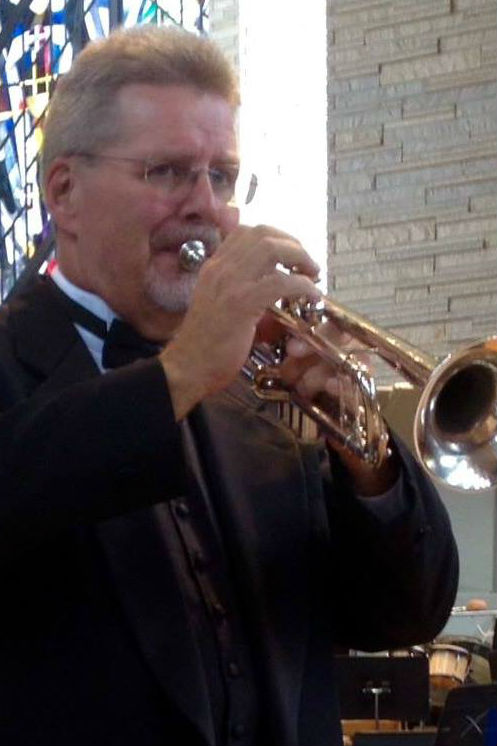 Music is in his veins and courses through his body every time he picks up an instrument. It is a way of life for long-time La Porte resident Chuck Steck who eats, sleeps and breathes the sound of music.

Steck’s love affair with music has been with him since he was a child. His father was a professional musician that played both piano and organ. When his father’s band would come to the house to practice, Steck then realized how much more fun and more full his life could be with music in it.

For some time in his past, he played trumpet with the La Porte City Band. Currently, he is also the Sanctuary Choir Director at Bethany Lutheran Church and also conducts the La Porte Symphony Orchestra. In December of 2014, he conducted the Holiday at the POPS at the Civic Auditorium in La Porte.

His passion for music education led him to also become a trumpet instructor at Valparaiso University and a coach for the VU trumpet choir. In addition to everything, he is also the Assistant Director of Bands at LaPorte High School.

He has taught at La Porte High School since 1994, and six years prior to his time in La Porte, he taught at Lacrosse High School. Currently, he teaches the symphonic band, the concert band, the men’s chorus, and academic music courses including music history and appreciation and music theory. He also works with the Marching Band, teaches the Jazz Lab Band and the Pep Band.

“I think a lot of us are vested in seeing the success of our students here. I enjoy working with the young, active teachers at this school and I try to stay active myself by taking part in committees,” Steck said.

“I like this school and I like the direction that our corporation is allowing us to go. I think Principal Tonagel is leading us in the right direction and I believe there are some outstanding teachers that are on board here right now,” Steck said.

Steck enjoys seeing his former students succeed with their own musical talents and making a living off of their mutual love for making music.

Playing the trumpet has always been the main focus in his life, next to his love and care for his family.

“My family is very entrenched and understands who I am and what I am about, and I love that,” Steck said.

He and his wife, Mary, have been married for twenty-five years, and together, they have two sons: Drew and Matt. Mary plays the oboe in the La Porte Band and Drew is studying Music Education and Trumpet at Butler University. Matt, who is a senior at LaPorte High School, is also heavily involved with music, himself.

“It’s a big deal having my entire family involved with music. When I was in high school, I got play music with my dad while standing side by side next to him. My dad passed some time ago, but now both of my sons stand beside their dad and make music. There is something very powerful to be said about doing something almost in honor of your father. This is something my sons do and they love it, and for me, I couldn't be more proud. They’re good, they’re successful, and I couldn't be any happier,” Steck said.

He yearns to always learn more, better himself, find answers to things he does not know and to always instill positive values in his family. Steck’s music career is an everlasting love that will never fade away, for he will only continue to grow as a person, a husband, a father, a teacher, a worshiper and a musician, being the best he can possibly be.