Tucked away amidst the growing artist lofts and trendy restaurants that line downtown Michigan City’s Franklin Street, you will find Terrawood Design Company. Described on their website as “a small furniture and objects design and fabrication collective,” the company has been serving the region since 2004. There, they specialize in creating custom-designed floors, furniture and more, using both salvaged and sustainably-sourced hardwoods, including black walnut, maple, cherry and others. In the back of the shop, you’ll find saws and sweat, and an old dog named Bijoux. You’ll also find Chris Grohs, owner of Terrawood Design Co.

“If it can be made out of wood, we can probably do it,” says Grohs.

Born in Kalamazoo, Michigan, Grohs now lives in Michigan City. His mother and her family are from La Porte, where Grohs moved to when he was in high school.

Grohs grew up in a family with a rich history of working with their hands. One of his grandfathers was a tool and dye maker, and the other was a carpenter, thus Grohs was exposed to the trades from a very young age.

“I just kind of took to woodworking. I started doing it while I was in college, and then continued doing it as a hobby after graduation. Eventually, I apprenticed with a woodworking company when I lived in Tucson after college,” said Grohs.

“I had originally planned to go into botany...horticulture, but found that field wasn’t what I had hoped, especially living in the Sonoran Desert, so I focused on the woodworking.”

He lives above his shop and enjoys travelling, specifically in the Upper Peninsula of Michigan. When he’s not on the road, you can find him on the waters of Lake Michigan with his fiancée Nichole Scheaffer.

“I have a boat and I like to take it out on the lake and fish,” said Grohs. “I also crew on Fire Drill Charters, a charter fishing boat based out of Michigan City. We take groups of people out on the lake, do some fishing. It’s a great time.”

“I came back because of the water, because of Lake Michigan. I came back from Tucson in large part because I enjoy the water so much and there’s a definite absence of that there in the desert.” 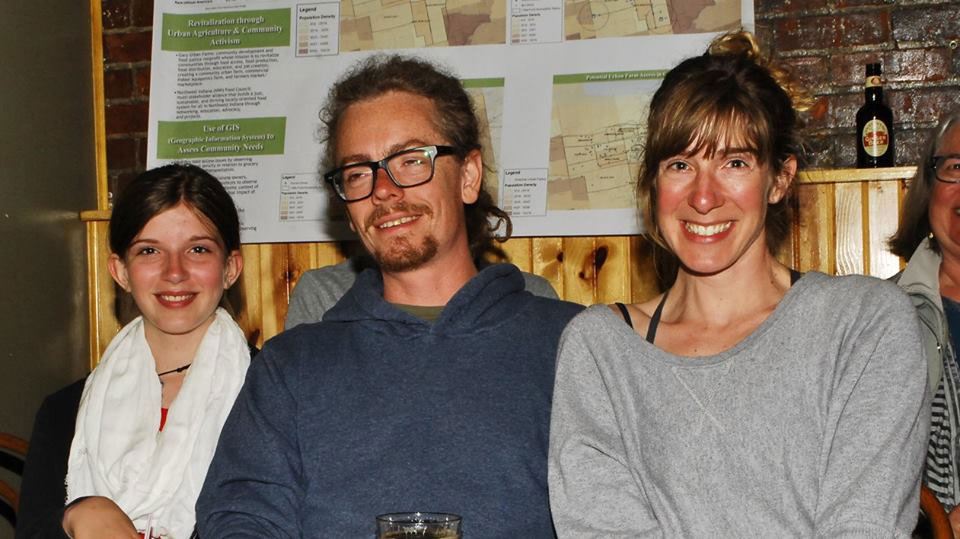 Grohs says he appreciates the location here in Michigan City, with Chicago just an hour to the west and Huron-Manistee National Forest in Michigan just a short drive to the east.

“I like that we’re centrally located to so many things that are just really neat. Places to go… You don’t really find that in a lot of other areas.”

“My fiancée and I were counting just the other day… four new restaurants opening here in town,” said Grohs.

“That’s primarily the reason why I decided to buy a building here,” said Grohs, who liked that he was able to buy property here at a very affordable price to open his business.

“In my mind, there’s no way that the area will stay so cheap. We’re too close to Chicago, we have this fantastic lakefront; everything is just right for things to flip and for this area to grow.”

Grohs says that he has three woodworking classes coming up later this summer which will be open to the public.

“We have a skateboard-making class coming up later this month, and in August we have classes to help people make their own fishing landing nets and chopping blocks,” said Grohs. “All the information for those classes can be found on our website.”

Whether you need help with custom flooring, creating that special piece of furniture for your home, or want to learn how to make your own chopping block, Chris Grohs is definitely someone you should know.