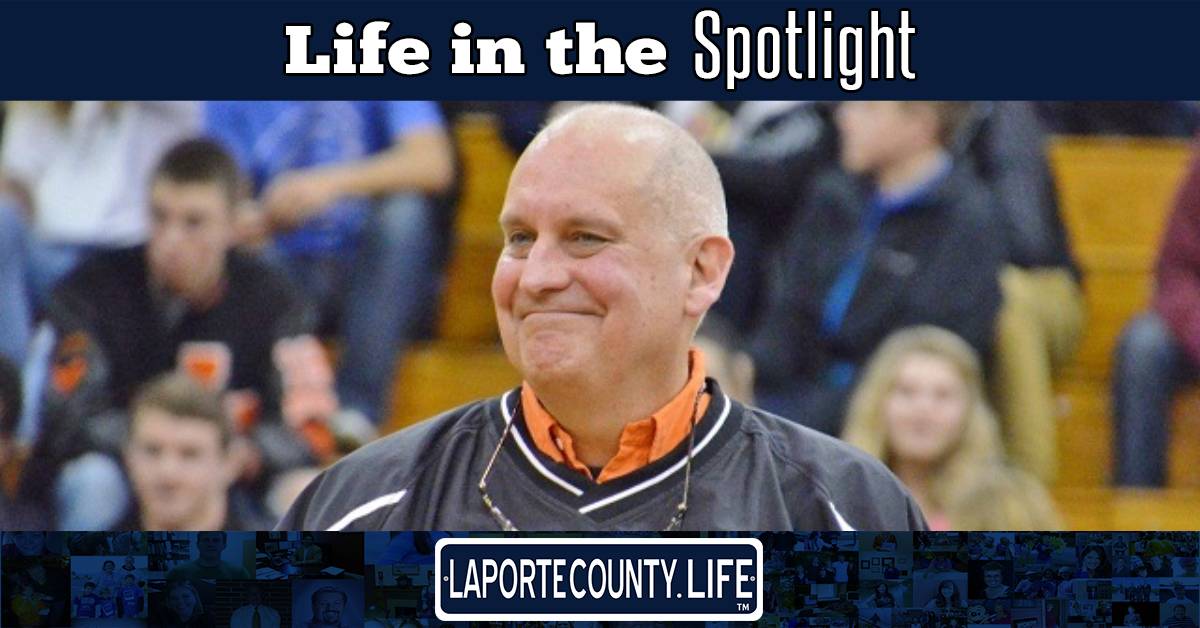 If you’ve followed local high school sports over the last 20 years, chances are you’ve heard the voice of Chip Jones come through your radio. For two decades Jones has brought La Porte High School football, baseball, and basketball games to life through the airwaves in his role as a sports announcer for WCOE radio, though his career in media didn’t begin with a microphone, but with paper and ink.

“My family owned a local print shop here in a La Porte and ran a weekly shopper paper called The Town Crier,” Jones said. I wrote a column in there for 20 years, just a general interest column about whatever was going on around town.”

“Sometimes I’d write about my family too, but we had to cut it when my daughters got old enough to see it,” Jones laughed.

After his family sold The Town Crier, Jones traded his weekly column for a position at MTM Realty Group, helping clients make the move to their dream homes through a real estate career he still enjoys today.

“I had kids going to college, so I knew I had to continue working,” Jones said. “I knew a lot of people around town and knew the area well, so real estate just seemed like the logical next move for me.”

What began as a logical next step blossomed into a successful lifelong career.

“I love working with people, and real estate is nice because it has such a flexible schedule,” Jones said. “I can work a lot of hours, but I have a lot of control over what those hours are, so if I have something I need to do on a certain day during the week I’m able to work my schedule around it fairly easily.”

This flexible schedule allows Jones to make time for other hobbies and passions in his life, including spending time with his grandkids and his side job as a sports announcer for WCOE radio.

“I enjoy sports, golf a little bit, and especially love visiting my grandkids,” Jones said. “I have three daughters, two in Chicago and one here in town, and any time I can see them and the grandkids is great.”

In line with his introduction into real estate, Jones’ beginnings in local radio were bred from chance and opportunity.

“I just kind of fell into it,” Jones said. “I started doing La Porte back in the late 80s. I knew the station manager at WEFM in Michigan City. He announced games there and also had another job at the time, so he asked if I wanted to spot for him and I came on. Then the La Porte radio position became open giving me the opportunity to do local sports, and I’ve been announcing games there ever since.”

Born and raised in La Porte, Jones’ connection to the city and its high school sports teams sprouted early and has only grown stronger over the years.

“I’ve known the area all my life and am a La Porte High School graduate myself, so I’ve always been a big fan of the school and their teams,” Jones said. “I played baseball and basketball there and before that I was a fan in general. I’ve always loved keeping up with their seasons and progress.”

His role in local radio has kept that fire burning and given him new connections to the sports he loves.

“I’m friends with the coaches and I love being around the kids,” Jones continued. “I’m a lifelong La Porte resident, a lifelong sports fan, and hopefully a lifelong announcer for the games on WCOE.”