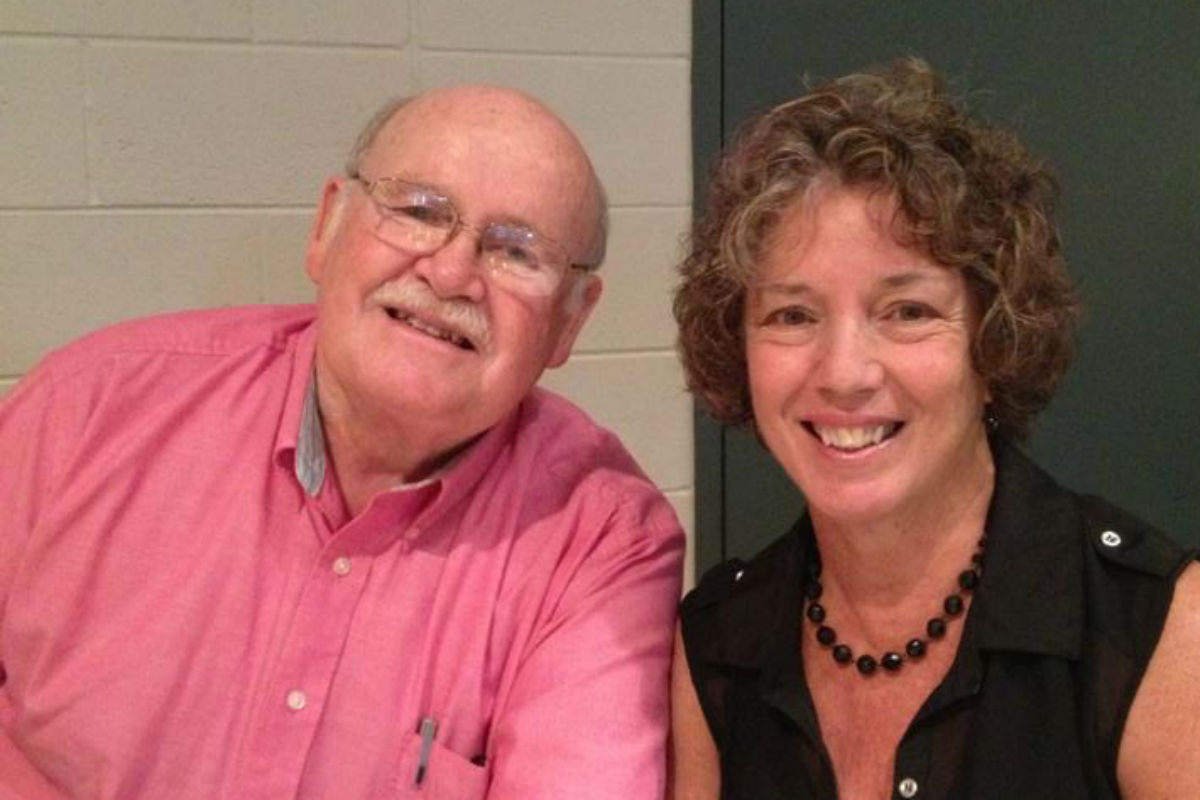 Families are the compasses that guide us when we are lost. They are the inspiration that helps us reach great heights. They are our backbones when we need a little support. Family units come together during highs and lows.

La Porte citizen, Becky Jensen, is all about her family. She would do anything and everything for them in a heartbeat. They strengthen and support one another without hesitation. They were her compass since she was young, and collectively, they guided her along a path that led her to become a teacher.

“My parents were teachers, and so was one of my sisters. Becoming a teacher fell into line with me. I taught second grade, which is the same grade my mother taught. My daughter also went on to teach second grade, too. It was something that ran in the family and something I knew I’d enjoy,” Jensen said.

In 1971, she began teaching second grade at Kingsbury Elementary School. Jensen continued to teach there until 2000 when she retired.

“It was a neat age to teach because they are still awed by learning new things and also behaved well. The kids were fun to be around and always made me laugh, and the teachers at Kingsbury were like a family to me,” Jensen stated.

Over the past 27 years, she has also grown close to another group similar to a family: Good Time Cloggers. This dancing group based out of Valparaiso performs at La Porte’s annual fair, Indiana’s State Fair, festivals and even La Porte’s Jaycees annual 4th of July Parade.

Since her retirement, she has kept busy working at The Crossing in La Porte twice a week as a Zumba instructor, strength training instructor and a chair yoga instructor.

“It was something I never thought I could do or would enjoy. I work with a group of people who are fun to be around, and I am challenging myself, too,” Jensen said.

For the past seven years, her and her husband, Pete, have both been active volunteers at IU Health La Porte Hospital. Becky spends her time in the pharmacy, stocking the shelves when orders come in and runs medicines to different floors, where Pete works in the second floor waiting room.

She and her husband have also volunteered at Pioneerland at the La Porte County Fairgrounds for about 20 years. In addition to uniting with another group of people, one of her favorite things about her involvement is being able to cook.

“Each year during the fair, we get to cook a meal over a big fire for all of the volunteers at Pioneerland. Throughout the year, I also have the chance to bake pies for fundraisers in both April and July. Cooking is one of my favorite things to do, especially when it is for others,” Jensen said.

Her benevolent character also got her involved with Deserving Children’s Shopping Tour, an annual tradition where children are picked up at their residence, brought to the La Porte Fairgrounds, greeted by Santa Claus, are given a warm meal and a stuffed stocking, and are then taken shopping with a chaperone.

Jensen had the idea of baking homemade pies in support of the cause. She baked over 40 pies and raised over $2,000, which gave shoppers the opportunity to purchase items from their Christmas lists that would otherwise have been out of reach.

She is always willing to extend a hand to others, but nothing can compare to the compassion she has for her family.

She has been married to her husband, Pete, for 35 years. Pete has five children of his own, and Becky has one. They have a total of 10 grandchildren, who are spread all throughout the country.

Because being together means so much to the Jensen family, Becky and her husband have hosted a Family Camp Out since 2000. This camp out, which happens every three or four years, is a way to have the entire family united as one. Everyone is brought together - cousins from Alaska have the chance to visit with other cousins from Connecticut.

“Some bring tents, while others sleep in the house or in hotels. People come and go, but we eat dinner together - dinner put on by me and my sisters. We have activities, games and talent shows. It is neat to have everyone together for a week, since they are typically spread out across the country,” Jensen said.

After the week is over, each family goes back to their own homes - with the help of their compasses to guide them along their way.