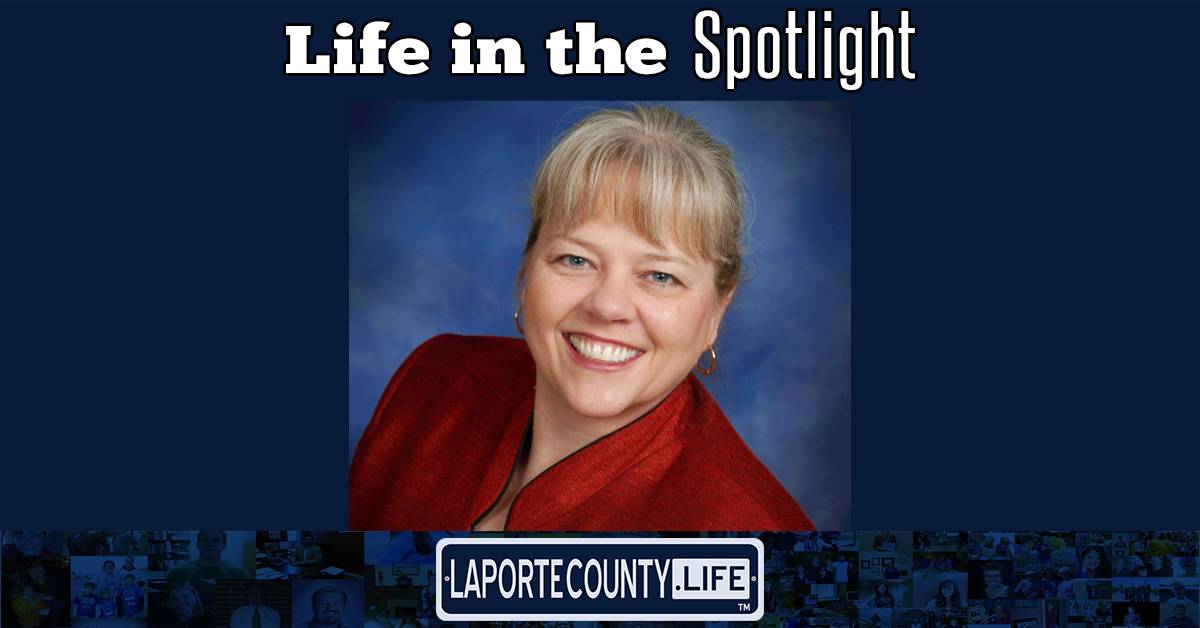 “I absolutely love this class,” a student once told then-teacher Audra Bell Peterson, “but I don’t want to do this for the rest of my life.”

She looked that student in the eye and said, “Great!” The student, speechless and bewildered, waited for the other shoe to drop. “It’s just as important to me that you find out what you don’t want to do as finding what you do want to do.”

Peterson, Director of La Porte County Career and Technical Education at the AK Smith Career Center, has built her career around helping students discover themselves – their passions and their hard passes; their strengths and their weaknesses; their rathers and their rather nots.

Growing up, Peterson’s parents owned their own business, so she split her time between working to help them succeed and striving for athletic excellence. This schedule left little time for academics.

“I just wasn’t focused on studying,” Peterson said. “I wasn’t a bad student, but I wasn’t getting straight As.”

Her high school counselor, in fact, suggested she might not be able to follow her dream of entering the dental field because of the sheer averageness of her grades.

“I love what I do because I feel like kids need to explore opportunities,” Peterson said. “We don’t always know what they’re doing or what’s going on in their lives. There might be very good reasons for their grades.”

Throwing her high school counselor’s caution to the wind, Peterson graduated from the Indiana University Northwest (IUN) dental program and spent eight years working as a dental assistant. At the same time, she was asked to teach some lab classes. During her tenure, IUN contracted with Porter County Career Center, and Peterson was asked to teach there a couple days each week.

“I liked teaching adults,” Peterson said, “but I fell in love with teaching high school kids and felt I could have a bigger impact at that level.”

Eventually, Peterson moved out of dentistry and took on teaching full time at Portage High School while supplementing her service as a track coach. After about five years at PHS, an administrator approached Peterson with an administrative opportunity.

“I’d developed a lot of leadership skills along the way,” Peterson said of her involvement as department chair. She’d been building this skill since she was a child, participating in 4H, moving on to high school class president and participating in student council. “Moving into admin was a natural progression for me. I never thought I’d leave the classroom, but I felt like this was an opportunity to reach more kids.”

Peterson’s programs thus far had won awards. She was creating quality programs, and wanted to see what she could achieve at the next level. By tapping into a wider student body, she could expand her goals for creating better programs.

A lifelong resident of Northwest Indiana, Peterson has worked all over the Region, including in Lake, Porter and La Porte Counties. Peterson’s first administrative job was at Hammond Career Center. In her current role at the AK Smith Career Center, she’s brought the sum of her learnings to push technical education programs to the next level.

Both in Hammond and Michigan City, Peterson was able to secure dual credit agreements so students can earn both high school and college credits.

“Thirty years ago,” Peterson said, “the programs were set up where you either went to college or enrolled in a tech program. It’s very different now.”

Both career and tech programs are geared toward college, so students on either path can transfer the credits they earn to college programs when they’re ready.

“These programs are a great opportunity for the students and they get a great head start,” Peterson said. “A lot of these students are earning business and industry certifications, so when they leave high school they’re already earning $50,000 a year. They can decide whether they want to continue in that career or move on to the college level.”

The degrees are stackable, which means graduates can take those certifications and degrees directly to a place of employment, or build on that stack by continuing their education.

“Another thing that’s been really fun for me is that I get to see what the community interests are, what the student interests are, and build programs that are a natural progression of those things,” Peterson said.

Peterson, a big believer in community engagement, has worked with both Hammond and Michigan City in this way, discovering, for instance, a real community need for police.

“I love what I do because I like to engage in the community,” Peterson said. “It’s great for economic development, and partnerships between student and community are very valuable pieces in life.”

“If there’s one legacy that I would love to leave behind,” Peterson said, “it’s that volunteering and getting involved and finding some way to give back to your community is a very valuable, lifelong experience.”