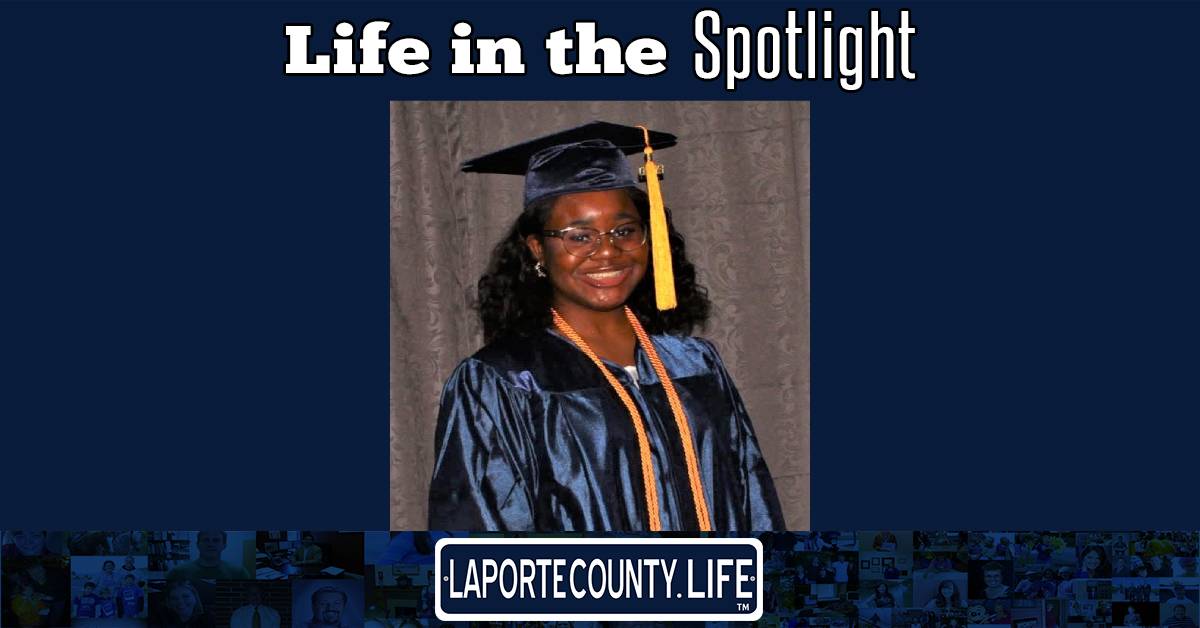 Despite a few unlucky challenges, such as losing spirit week and study hall privileges, and dealing with all of the changes due to the ongoing pandemic, Armani Torrance-Worlds from Michigan City High School, feels lucky to be part of the class of 2020.

“Being a senior and having everything taken away, I really respect our class because even though it felt like the end, nobody gave up. Even when it was the last day of school, everybody was congratulating everyone and saying how proud they were of each other, so I really like my class because of that. I wouldn’t change it even through this quarantine stuff.”

Torrance-Worlds has been involved in many of her school’s extracurricular activities.

She is part of National Honor Society, French club, and the environmental restoration team. One of the main highlights of French club for her is their yearly trip to Chicago where they explore French culture within the city. She has eaten at French restaurants and been to a museum of French art and history on past trips to the city.

“We won a governor’s award and we were able to present an environmental speech at the Blue Tip,” she said.

The team also has been part of restoration projects in the community.

“We have a local park where we clean the garbage, we remove invasive species, and we plant trees. We also go camping and canoeing. I’ve been in it since my freshman year,” she said.

Even in the midst of these activities, faculty ensures students are still devoting time to homework.

“A lot of the clubs I’m in make sure that we do get our schoolwork done first,” Torrance-Worlds said. “In the environmental club, when we go camping, we all bring our homework so we can all help each other out because there are teachers there.”

Outside of school, Torrance-Worlds serves on the YMCA Teen Council. This council is devoted to getting teens plugged into their services and facilities, promoting wellness, and uniting teens through fun activities.

In her time with the council, Torrance-Worlds has helped to plan different events where teens can have fun and enjoy each other’s company.

“We try to come up with events for teens so they’re not just hanging out, being bored,” she said. “One event we planned was a movie night and another event was a game night/sports night where we had games in multiple rooms. In the gym, we had kickball and basketball.”

While Torrance-Worlds does spend plenty of time enjoying athletic activities, she also makes time to express her creative side. After taking a class on digital art and Photoshop her freshman year, Torrance-Worlds was encouraged by one of her teachers to explore additional kinds of art.

Recalling her introduction to art, Torrance-Worlds said, “It first started with digital art through Photoshop. The teacher in that class was also a painter. I started to get involved with that, which led me to take other classes that allowed me to do mural projects. It just went off from there.”

Developing her artistic ability, Torrance-Worlds went on to paint murals.

“I do murals around my school,” she said “and I did a mural at the Barker Mansion.”

As another form of creative expression, Torrance-Worlds said she considered pursuing a career in voice acting.

“I thought about it: how it would be to go into that business. When I looked it up, it looked pretty challenging. The actors have to create certain emotions,” she said.

She illustrated the difficulties of emulating imaginary scenarios while voice acting, such as pretending to be running for a long time.

“They’re not actually running, but they have to create that sound,” she said.

This aspiration to pursue voice acting stemmed from her love of animated movies. She particularly likes animated films that feature animals as main characters, such as “Zootopia” and “Finding Nemo.” Her favorite movie series is the “Shrek” series, “because it’s just goofy,” she said.

While she nixed the idea of voice acting, Torrance-Worlds still plans to pursue a career in the entertainment industry. She will attend Ball State University in the fall where she will major in film media and minor in astronomy.