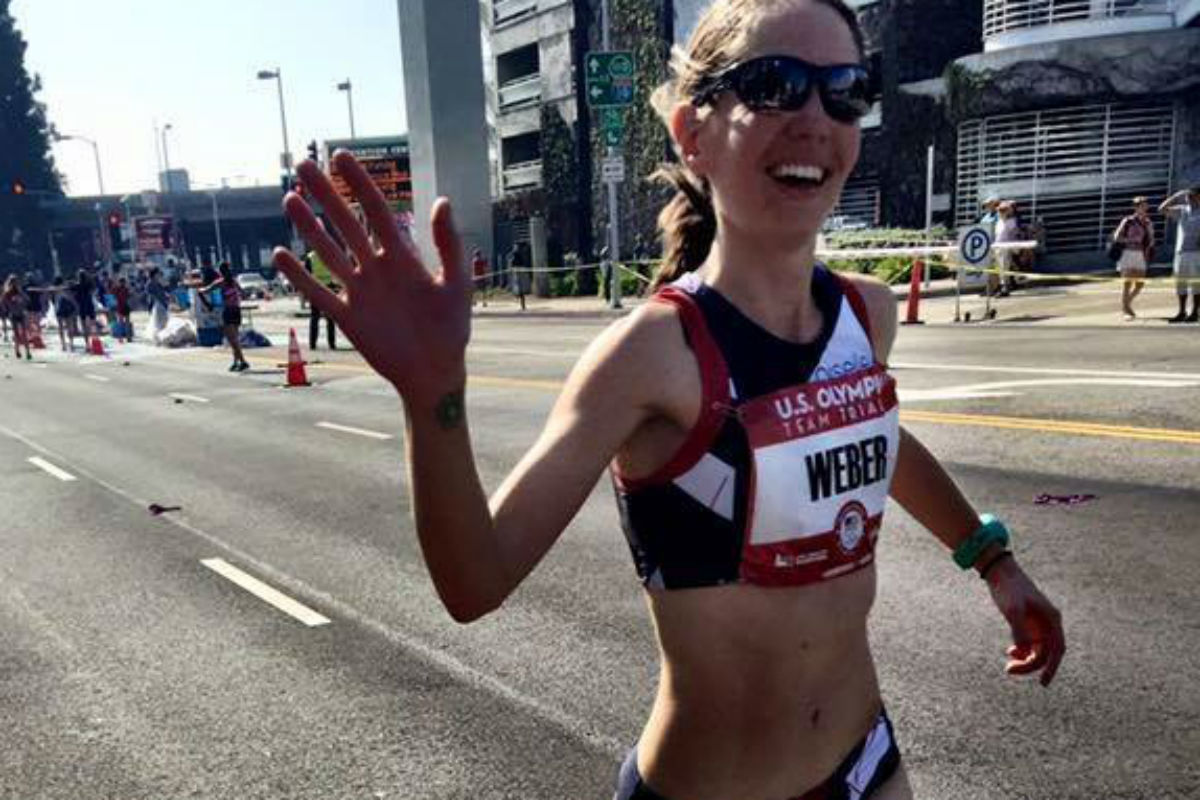 Why do we run? What are we running towards? Every person who takes the time to get outside and run has their own reasons for running and everyone has a reason to stay running. It's the drive to do better, to keep on pushing that separates runners from the rest of us.

Michigan City native Anna Weber has many reasons to run and it's these reasons that make her an ideal Life in the Spotlight.

Weber has a strong connection with Michigan City. A large majority of her family reside in Michigan City as well as her cherished memories of her youth. While many may move on from their hometown, Michigan City is one place that despite moving to other locations, she can never truly leave behind.

"Michigan City is unlike any other part of Indiana or even the country," says Weber. "It's so close to everything including the Dunes and the Lighthouse District and it's so diverse. I would say it's the most diverse out of any of the three counties in this region."

Weber is a professional runner for Oiselle (pronounced wa-zell) a company that creates athletic apparel for women with a focus on nontraditional women who love staying active and running. While working with Oiselle has presented Weber an opportunity to make a living out of what she loves, she also holds another significant reason for running.

"Running for me has always been about competing," says Weber. "I go run because I know I have a race coming up and I want to do well. Running is not just a hobby, but it's similar to a job and my means of living. My biggest goal is to always get out the door and compete."

Weber is currently training and preparing for the 2020 Olympics in Tokyo, Japan where she hopes to qualify. This significant goal in her life is one that she is constantly working towards and receives her motivation not only coming from herself but her family as well.

"I started running when I was in 6th grade and played other sports as well but even then, I knew that I wanted to be in the Olympics," says Weber. "My family has been a huge motivating factor. When I was qualifying for the Olympics previously in Los Angles, they flew out to be there for me. I always think of my family and the sacrifices they have made for me."

As Weber continues to work towards her Olympic goal, she knows that she has a great community backing her up in both the NWI Runners Community and the Michigan City community.

"We have an amazing running community in Northwest Indiana with some significant people that have worked hard to make it such a great inclusive community to be a part of," says Weber. "The Michigan City community is also incredibly supportive. When I was trying out for trials years ago I got a ton of messages and Facebook messages, the entire city got behind me. We are fiercely proud of our city with so many things here."

And just in case anyone wants to know, Weber's favorite spot to run is close to home.

"I've been all over the place and I can still say that The Dunes are still the best place to run in the entire world."