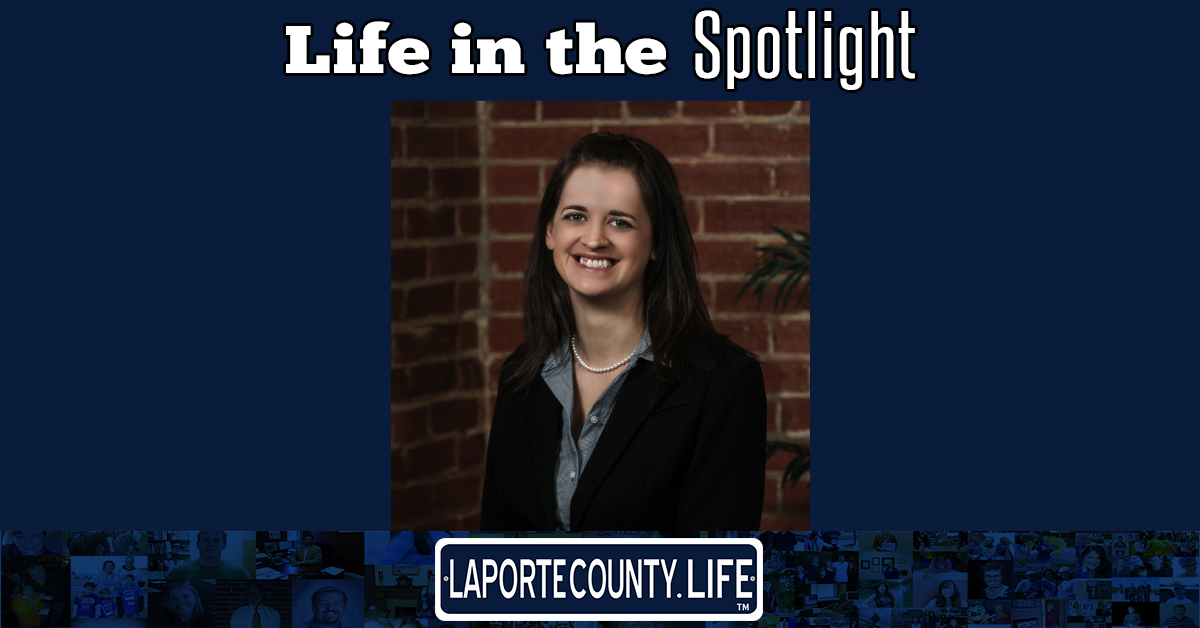 Serving the community is a demanding but rewarding task. Perhaps no one knows this better than Angela Rose, the former Downtown Director for the City of La Porte. From helping in the revitalization of the La Porte Main Street Association to being a key figure in the “Paint the Town” grant initiative, Rose is an exemplary individual who has dedicated her life to serving the city and its people.

Born and raised in La Porte, Rose attended Ball State University and graduated with a bachelor’s in urban planning in 2013 and a master’s in historic preservation in 2014. After traveling with her husband who was in active duty for the army, she returned home and took a position as the Downtown Director for the City of La Porte. Currently, she works for the City of South Bend.

“I came back to my hometown because I wanted to make an impact in the downtown area and improve the city’s quality of life,” Rose said. “My goal was to provide a better experience for businesses in the area and people in the community.”

Rose then explained a little about what motivated her in her former position.

“During my time as Downtown Director, one of my goals was to be the voice of both the people and the businesses of La Porte, to make sure their interests were being represented,” Rose said. “I really wanted to see all of the great business owners of La Porte succeed, so they really motivated me in my work. In addition, I wanted my family to enjoy walking around and attending events downtown, so that idea stimulated me as well.”

Rose stated that the Togetherhood project was the operation she worked on that meant the most to her. She presented this YMCA-led community service project at a Main Street conference in order to receive funds, and it turned out to be a success.

Rose also gave some advice to those in her field.

“It helps to be adaptable and dynamic,” Rose said. “These kinds of positions are all about being involved in so many different projects at once and being able to go with the flow while keeping your goals in mind really keeps you focused.”

Rose cited her former boss Bert Cook, the current Executive Director of the La Porte Economic Advancement Partnership (LEAP), as her greatest influence over the past two years.

“He has been incredibly helpful and gave me so many wonderful opportunities to grow in my former position,” Rose said.

“Working with the City of La Porte was a challenging but incredibly rewarding experience,” Rose said. “Being able to make an impact as much as I did was such an incredible experience. As I move on to South Bend, I wish the city of La Porte the best of luck in its future endeavors.”