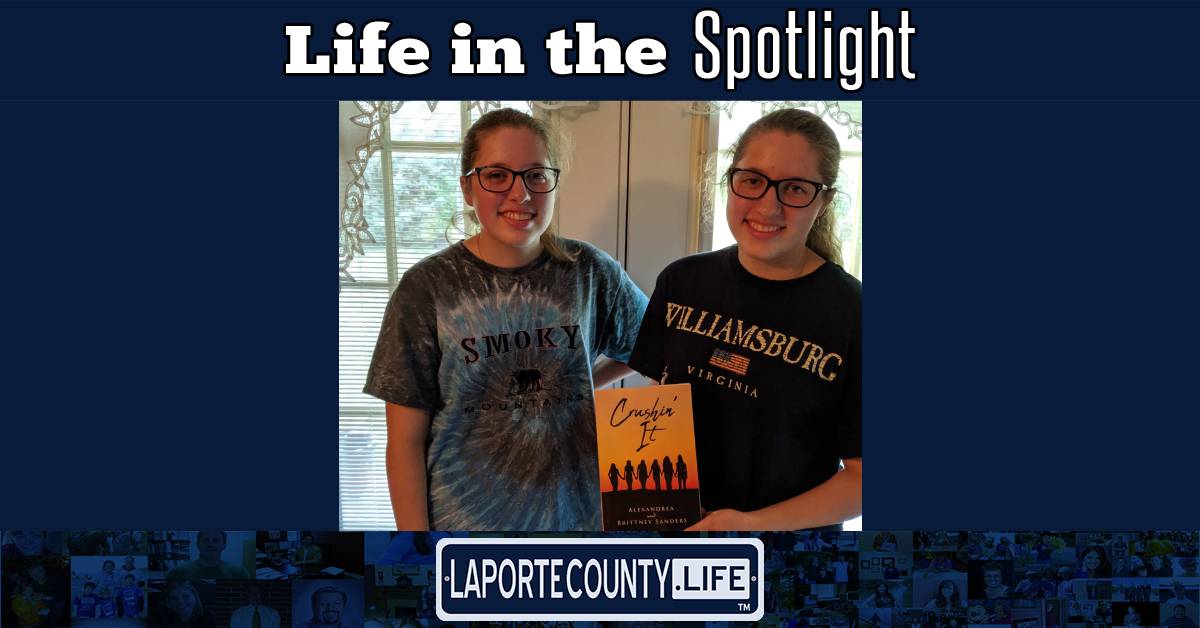 “Crushin’ It,” the debut novel by Alexandrea and Brittney Sanders, is pulled straight from the headlines of their lives, featuring the friendships and crushes that define the day-to-day of a typical high schooler.

“We started a few years ago with our friends and decided to revisit it,” Alex said, noting that names and situations have been changed for dramatic effect.

“A lot of our classmates hate reading,” Brittney said, “but our mom read to us all the time growing up. We have over 200 books.”

Their mom, Robin, also credits their close relationship with their grandparents.

“Their grandfather has since passed away,” Robin said, “but a love for reading was part of their bond and was always something they had in common.”

The sisters, who keep a Wall of Ideas in their bedrooms, find that they have an advantage when it comes to brainstorming: they have a natural partner to bounce the ideas off of and gauge reactions.

“Even if we get angry with each other, it doesn’t ruin anything like it would with a friendship,” Alex said.

Yet taking storytelling from fun to functional is no small feat. How did they turn that page?

“I don’t know that I could’ve been as disciplined as they have been when I was their age,” Robin said. “I watched them throughout the process. They dug in deep and gave themselves deadlines. Then they’d go back and edit the manuscript. I’m so proud of them.”

Proud though she may be, Robin holds the girls to the same standards as always.

“They’re normal teenagers and normal siblings,” Robin said. “They are still grounded in who they are and what’s expected of their behavior. They still have chores. I don’t know that this will really change them. They’re very good young women and I am very proud of them.”

These “normal teenagers” drew inspiration from their daily lives for their first novel, but they are still growing as writers and exploring their interests in storytelling.

The AP students are enrolled in psychology, which Brittney finds particularly compelling.

“I like learning what people think and why they do the things they do,” Brittney said, adding that she expects this to help her develop new characters for future writing pursuits.

Although they are no longer taking World History, Alex is drawn to the stories that have been lived by real people.

“The first time I tried historical writing was in 8th grade,” Alex said. “We had an assignment where we had to write a letter home from a civil war soldier. I had a story idea from that, but I struggled with it at the time. I’d like to revisit it at some point because I do love history.”

Fresh off their big win with the publishing of their debut novel, the high school juniors show no signs of slowing. They are working on a sequel to “Crushin’ It,” and their minds are churning out new possible characters, plot points and themes.

Keep an eye out for all the exciting achievements of Alex and Brittney Sanders, and pick up their first novel, “Crushin’ It,” when it hits the shelves.