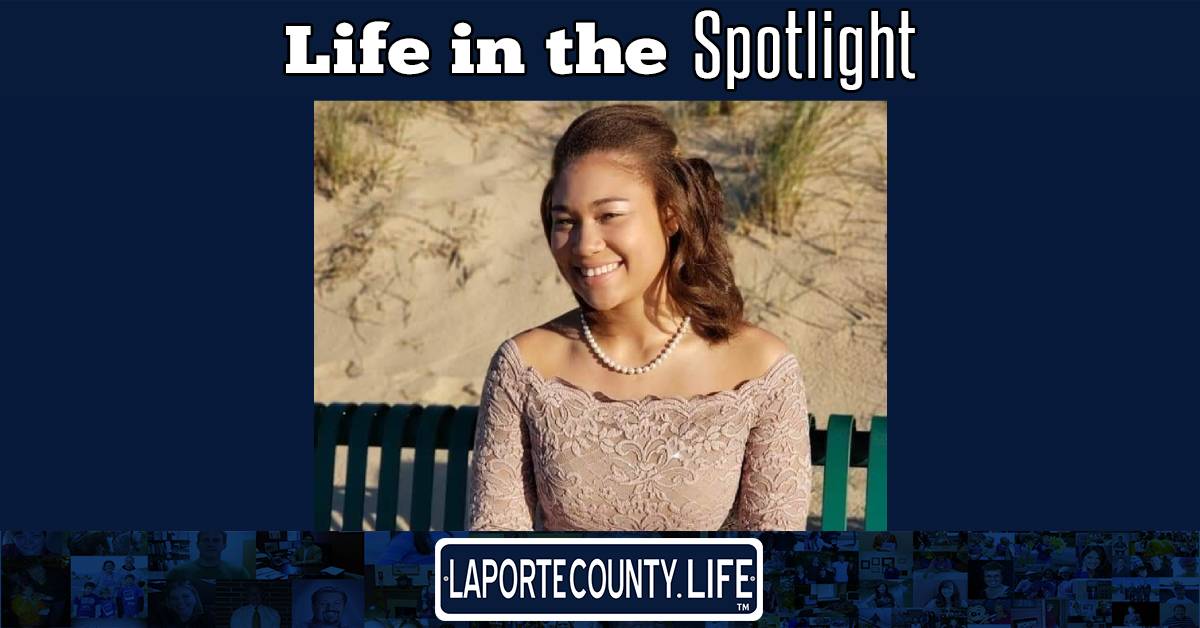 As an honor student, athlete, community volunteer, and member of various clubs, senior Aaliyah Briggs from Michigan City High School has plenty to be proud of. When you ask her what makes her proud, however, the first thing that comes to mind is a bed frame.

“I built my bed frame a while ago,” Briggs said, “and boy, my room was a mess. My mom didn’t even come into my room because she knew it was a disaster.”

It was the one of the biggest projects she had undertaken.

“It was a project that I didn’t know if I could complete or not,” Briggs said, “because I’ve never done something like that before, but it turned out well and I was really proud of myself.”

While she was able to build a bed frame on her own time, spare time is certainly not something she comes by often.

“I like to keep busy. I don’t like sitting at home doing nothing. I’m not really a TV person. I mean, I’ll binge-watch shows occasionally, but I really don’t like sitting in one place for too long, so afterschool activities, sports, anything I can do other than not doing anything at all really keeps me going,” she said.

Although being involved in numerous activities can take away from precious study time, Briggs said that she is motivated by being busy.

“Extracurriculars push me to work harder on my school work because I know if I don’t get my schoolwork done, my mom is not going to let me do all these extra activities,” she said. “It’s just kind of a break from doing schoolwork but it also keeps me motivated to get those things done.”

Completing homework on time and maintaining good grades is no small feat for students, especially when they are as involved as Briggs. She noted that she was definitely doing homework on bus rides to keep up with her packed schedule.

Despite the bus ride homework crunches, Briggs is able to maintain a high GPA and is part of the National Honor Society. She also participates in other societies and clubs, including RHO Kappa honor society, foreign honor society, Spanish club, LGBTA+ club, and ping pong club.

On top of these memberships, she also has played basketball, track, and tennis throughout her education, and has been particularly involved in volleyball. She has played volleyball since she was in 6th grade, and was on varsity team beginning her sophomore year. She also played varsity in Portage her sophomore year, and varsity for Michigan City High School her junior and senior years.

Briggs joined the basketball and track teams her junior year and continued through her senior year.

“Track was something new for me,” Briggs said. “They wanted me to try it out because I have a really good vertical, so they thought I’d be good for high jump. But then I kind of drifted toward shot put and disc. I don’t know how, but they just thought it’d be good for me and it actually turned out to be a great fit.”

Briggs said shot put and discus are more complicated than they seem at face value.

“It actually takes a lot of skill to get everything going to where you know how to do different movements and positions with your body,” she said. “I haven’t really experienced it in another sport. I had to train my body a little bit differently than the other sports that I did and it was actually a really good journey to be able to accomplish what I have so far.”

The personal records Briggs established this previous year in track include 105 feet in discus and 33 feet in shot put. She was hoping to beat those records this year, but COVID-19 cut her experience short. The pandemic also interfered with her tennis season.

Briggs said that she competed in tennis in middle school and tried to pick up the sport again this year, but after about two weeks and some hard practices and yoga, the season came to an end.

While Briggs is disappointed that her school activities have met an abrupt end, she has other passions outside of school.

“That’s why I’m actually starting my greenhouse. I’ve gotten into gardening a little bit,” she said.

She started a garden in her backyard last year but lost her produce to rabbits, so she opted for a greenhouse instead to protect the plants.

“I started building and planning a greenhouse. I created it in a computer program so that I could get a 3D model all sketched up,” she said.

She is using recycled windows for the greenhouse as a way to be both environmentally friendly and money conscious.

Briggs has been accepted at Rose-Hulman Institute of Technology and plans to study civil engineering. She is considering minoring in architectural engineering or environmental engineering.

Considering her pride in building her own bed frame and her ingenuity in constructing a greenhouse by her garage, the choice to major in civil engineering seems a natural fit.