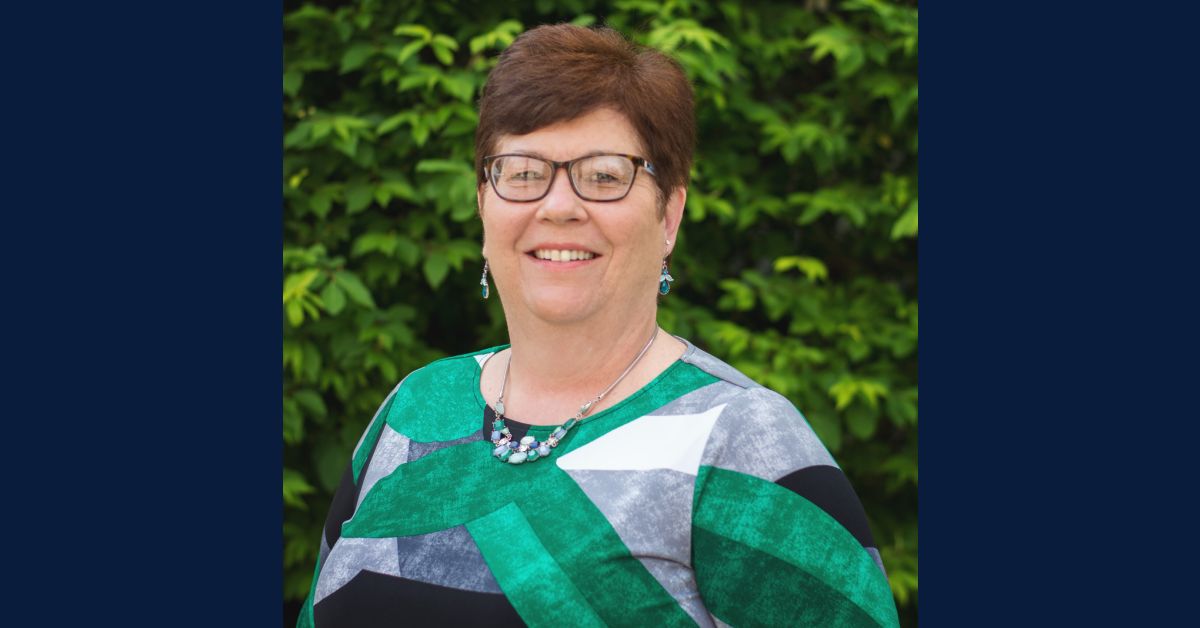 Many can say their future career was destined for them before they ever knew their path would wind up there, but not many people’s career acts like a family tree, allowing them to trace their start way before they ever walked through the door. For Laurie Halaska, CEO of the La Porte County Family YMCA, she can trace her YMCA connection all the way back to her parents in post-World War II Illinois.

“My parents got married after the war, but there was a housing shortage at the time,” Halaska said. “For the first three months of their marriage, they actually lived in these apartments at the local YMCA until something opened up for them.”

Her family’s connection to the YMCA didn’t end there. Halaska and her two sisters learned to swim at their local YMCA in the northwest suburbs of Chicago. Years later, Halaska would bring her two young children to learn how to swim at the YMCA and to play in the basketball leagues.

“It’s weird how life works that way,” Halaska said. “But I didn’t know much about the YMCA. For us, the YMCA was a place to go for swim lessons. I think I took it for granted in the beginning. But I learned so much when I became an employee 18 years ago.”

Halaska grew up in the northwest suburbs of Chicago and went on to get her degree in finance from DePaul University. For 13 years, Halaska worked as a controller for Allstate Insurance in the commercial division. It was a job she loved, and she cherished her time there and what she learned, but upon the birth of her two children, she decided to stay home with them for about six years.

“I was very fortunate to have that time with them,” Halaska said. “During that time, I was involved in a lot of community groups and moms’ groups in Mount Prospect, Illinois.”

But when they moved to the southwest suburbs, to the town of Shorewood, Halaska was ready to get back out into the workforce. She couldn’t have chosen a better time; in the paper was a small, three-line job posting at the Joliet YMCA looking for a new membership manager.

“I actually got turned down the first time, believe it or not,” Halaska said. “But a few months later, they contacted me again and offered me the job. I loved it for so many reasons. I started in membership and helped to grow the organization.”

At the time, there were only two Joliet branches, but as the community grew, a team was put together to build the third branch in Plainfield, Illinois, a team Halaska was part of. Not long after that, she became Branch Executive of the Joliet branch and began developing the programs and new location in Morris, Illinois.

For 13 years, Halaska worked with a great team developing new programs and growing the organization in the southwest suburbs, but once her children went off to college, it was time for a new challenge. She became the CEO of the Crossroads YMCA and her and her husband, whose career was in banking, moved to St. John, Indiana.

“He got a job in Michigan City, so he had quite a commute,” she said. “I started at Crossroads in 2015, but when the posting for the La Porte County Family YMCA CEO position came up, I thought it was a great opportunity for both of us to be in the same area.”

While Halaska enjoyed her time with Allstate before starting at the Joliet YMCA, the opportunity she has to see a direct community impact and form connections with members is how she knows she is in the right place.

“I really get the best of both worlds here,” Halaska said. “I love numbers and financial scenarios, but here I get to see the direct impact of what we do. I’ve had the privilege of awarding a community member a scholarship, and they got emotional because they were in such need of our services and programs. All the things we do as far as the partnerships with the community is incredible—I’ve seen all the work nonprofits do and how the heartbeat of a community is its nonprofits.”

Every day is a little different, so Halaska and her team have to be prepared for whatever comes their way. From fundraising to working on the annual strategic plan with the YMCA’s board, Halaska focuses on the bigger picture, ensuring the nonprofit and all three of its branches—La Porte, Michigan City Elston, and Long Beach, are always growing, getting better, and continuing to meet community needs.

Halaska does this by stressing her open-door policy. No matter what an employee or a member has to share, good or bad, her door is open, and she is ready to listen and learn.

“Accessibility is the best way I think to describe it,” she said. “I’m a firm believer that any potentially negative situation is a chance for us to grow and change. I like to look at it as, ‘At least they’re coming to us with their problem rather than walking away.’”

In her 18 years with YMCA, Halaska has developed a unique perspective on what the YMCA stands for and what it means to be a community hub.

“I like to think there is a little ‘c’ in our name that stands for ‘community,’” she said. “I see all these little communities within the YMCA. I remember, before COVID-19, we had this group of seniors who would get together for our open swim on Mondays, Wednesdays, and Fridays. After the open swim, they would get together and play cards. They always grabbed the table that’s near my office.”

“I would hear their conversations, and it was clear just how important that time and that community was to all of them. When one of them wasn’t there or was ill, they were always concerned,” she continued. “Our YMCA is so critical to their lives.”

In her spare time, Halaska and her family enjoy the outdoors and gardening, and they can be found exploring the natural beauty of Northwest Indiana any chance they get.

For more information about the La Porte County Family YMCA, please visit their website at https://www.lpymca.org/.