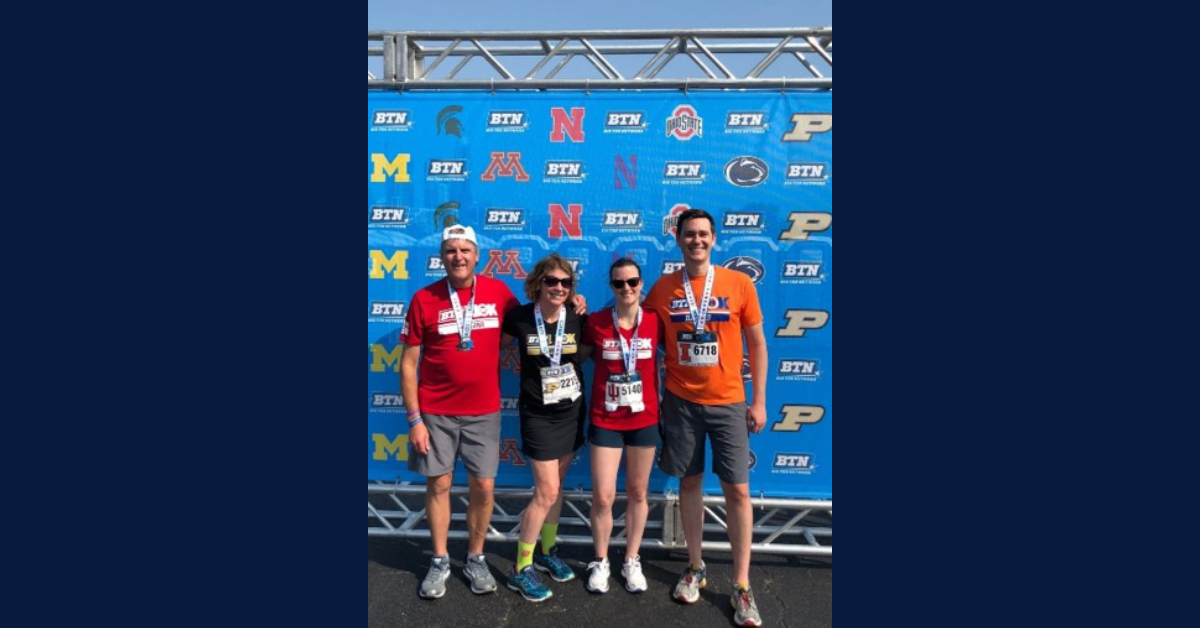 While training for his fourth half marathon in 2008, Mike Ryan, corporate manager, health and safety best practices, experienced a strange ache in both of his shoulders.

Thinking that it was from his lengthy 12-mile run, he finished his training run. However, for an hour or so, the pain didn’t go away. That’s when he realized this was not a symptom from a strenuous jog, but possibly a heart attack.

“I don’t believe you,” stated Mike’s son. He was in disbelief, as the typical symptom is a tingly sensation running through the arm.

Mike found himself in the hospital with confirmation that he did suffer a heart attack. In fact, he suffered a heart attack right after he completed his run. He had a blockage in one of his arteries. Doctors placed a stent in the artery, but the next night, his heart stopped. It took six intense shocks to bring him back to life.

“I woke up in the ICU and immediately felt pain in my chest, since the doctors were beating it. But I had no idea why I ended up here until the team finally told me what had happened,” Mike remarked. “The pastor of my church came to visit me while I was in the hospital and I told him I didn’t see any white lights but, of course, I didn’t see embers either.”

Mike spent five nights in the ICU for a total of seven nights in the hospital. His days after consisted of rehab and recovery before he returned to ArcelorMittal two months later.

Mike and his family participating in the Big Ten Network race.

“It wasn’t hard to get back into the swing of things, because I could go online and see what was happening. My coworkers were more shocked than anything. While I was out, they would call me to ask how I was doing,” said Mike.

Mike wasn’t always a runner. He wasn’t always running 5ks on the weekend or working out on his family vacations instead of lounging by the pool. Back in 2003, Mike’s older brother underwent bypass surgery, which changed his outlook on life forever.

“I quit smoking and I was a big smoker at the time. I also started running. I have probably lost 40 pounds since my lifestyle change.”

Despite his incredible turnaround and lifestyle change, hereditary cannot be altered. His family has a history of heart disease as his dad suffered heart attacks and another brother had one as well.

“Everyone thinks they’re superhuman and it’s not going to happen to them,” Mike commented. “My doctors told me it was a good thing I was an avid runner because, if not, it could have been more serious.”

Mike now knows that he is not a superhuman, despite surviving a heart attack and obtaining his current position shortly after he returned to work. But he is wiser.

“If I were to give advice or tips to someone who is in the same situation, I would say don’t be in a hurry to get back to the routine of things. Before starting an exercise program such as running, consult your doctor, don’t smoke and watch what you eat.”

Next time you want to ask Mike a question about health and safety best practices, it doesn’t just have to be about ArcelorMittal.