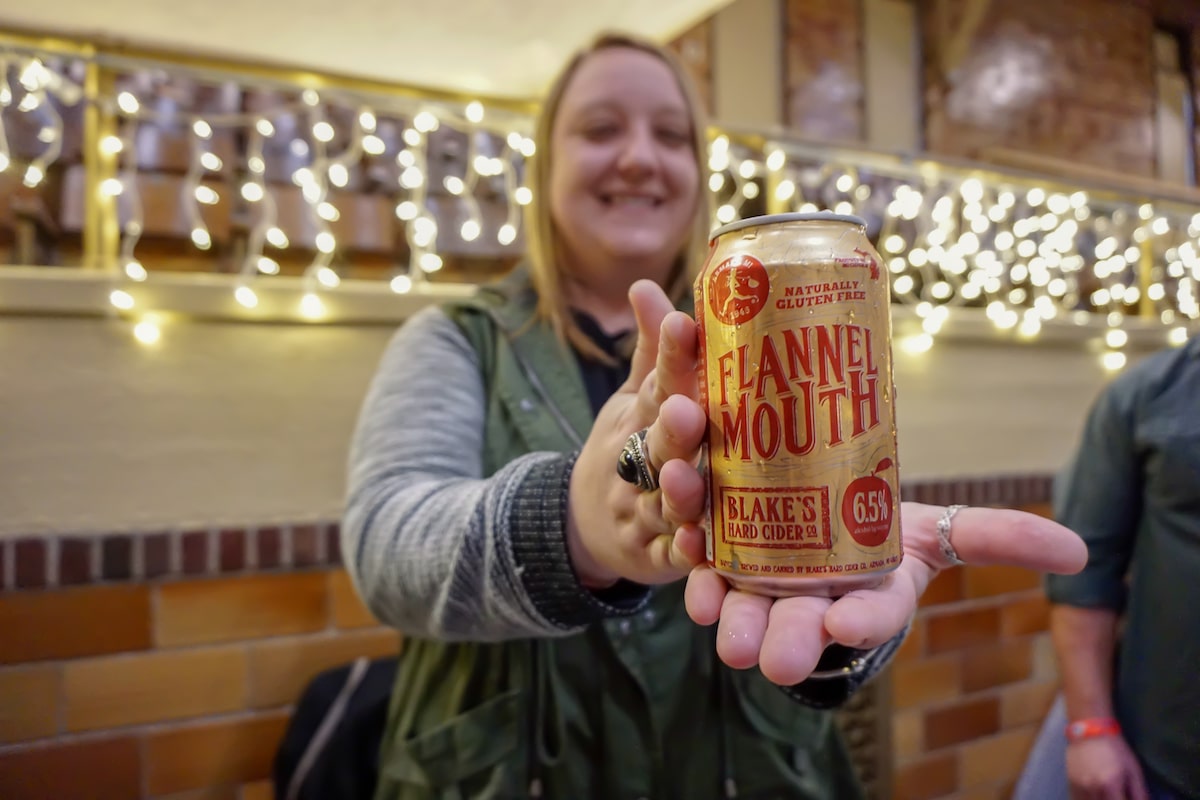 The historical confines of La Porte’s Civic Auditorium once again played host to one of the city’s most vibrant and beloved events: the Fourth Annual La Pour Brew & Wine Fest.

When it began four years ago, the La Pour Brew & Wine Fest was originally founded as a way to help offset the costs associated with the Maple City Grand Prix.

“The original goal was to help lighten the expense of the Grand Prix for the Convention and Visitors Bureau,” said Brett Binversie, Director of the La Porte Civic Auditorium and co-organizer for the event.

After those first two years though, Binversie said that the focus of the Brew Fest changed. “We decided to continue our mission to help the city of La Porte, but now through the DeCamp’s Band of Brothers Foundation, focusing on development within our community.”

Binversie said that the event continues to grow, with last year’s fest being their largest to date. “This year is looking even better,” Binversie said. “We’re expecting to see over 300 people here tonight.”

“Everyone knows La Porte for their spring and summer: the lakes, the beaches, and the events at parks throughout the summer season. Our thought was that we are also a hotbed for brewing, with numerous local breweries in the area, so why not bring them in, give them an opportunity to showcase their products, and also give people the opportunity to see that La Porte County is more than just sun and sand,” shared Binversie.

More than 25 local breweries were expected to participate in today’s successful event.

“This is just a fun, entertaining event. We’re very proud of what we’re doing here, and proud to be able to give back to the community,” Binversie added.

“We’ve been partnered with the Civic Center and with La Pour since the beginning,” said Matt Zakrzewski, co-owner of Burn ‘Em Brewing. “It’s an honor to come out here, to help raise money to give back to the community, and we love being here, meeting new people, and seeing our regulars.”

Tyler Long, a firefighter for the City of La Porte, agreed. “This is my first time coming here,” said Long, who was attending the event with his girlfriend, Kara Magley of La Porte. “It’s a fun time. Anything that can help to improve the community is always a good idea.”

“I’m glad to see that there’s something like this in La Porte,” added Magley. “It’s just awesome!”

Mike Riehle, co-founder of the DeCamp’s Band of Brothers Foundation, said that this year’s Brew Fest was expected to raise between $5,000 and $10,000 to benefit the Clarke Park Renovation Project. This project consists of a complete renovation of the baseball field, including a new grass infield with irrigation, fencing and backstop, dugouts, bullpens and spectator areas.

“When it’s finished, it will be wonderful place for our youth to go play sports and just enjoy the park,” Riehle said. “It will be a tremendous asset to our community.”

For more information about Team DeCamp’s Band of Brothers, you can reach them on Facebook at www.facebook.com/TeamDecamp/.