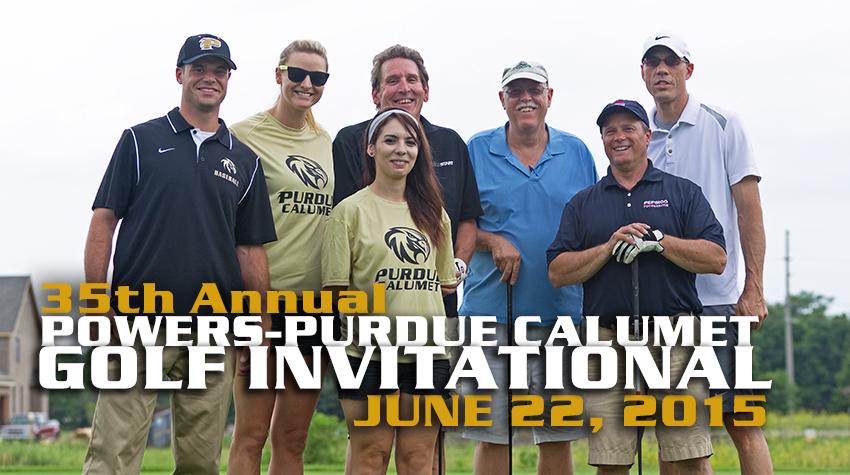 The event, which primarily supports student-athlete scholarships, has raised more than $850,000 over the years, with the 2014 outing netting more than $50,000.

"This is a fantastic event and one of the most important for student-athlete scholarships," said Athletic Director Rick Costello.

"Without the continued support of the community and the generous contributions of its members, Purdue Calumet Athletics would not be able to make such great strides over the course of its athletics history. The support for our hard-working student-athletes -- in both the classroom and the playing field -- is both much appreciated and well-deserved."

This year’s outing is particularly significant, as Purdue Calumet will be recognizing the event’s founder and consistent supporter of the outing, Mr. Don Powers, who passed away at the age of 95 last April. A graduate of Purdue University West Lafayette, Powers helped develop Purdue Calumet as well as many other Northwest Indiana institutions, including Community Hospital and the Briar Ridge Golf Course community that has hosted the annual golf invitational for 35 years.

"Don Powers was the most visionary man I ever known," said Athletics Consultant John Friend, who served as Purdue Calumet's athletic director for 21 years before moving into his current role in 2007. "He was years ahead in his thinking and his support for Purdue University was legendary, along with his regional influence in the medical field, the arts, and real estate development.

"A veteran of two wars, he was a hero to many."

The golf advisory board has established a time of 12:30 p.m. for a shotgun start preceded by a buffet lunch at 11:15 a.m. After golf, patrons can return to the clubhouse for a 5 p.m. dinner and brief program. A silent auction, on trips to the U.S. Open, PGA Championship, and Kentucky Derby, to name a few, will also be held.

To register for this year’s event, patrons are encouraged to download the registration form online at http://www.purduecalsports.com/fanzone/golfouting/. Interested parties can also call the athletic department at (219) 989-2540 or send an email to Athletics Consultant and outing organizer John Friend and john.friend@purduecal.edu.