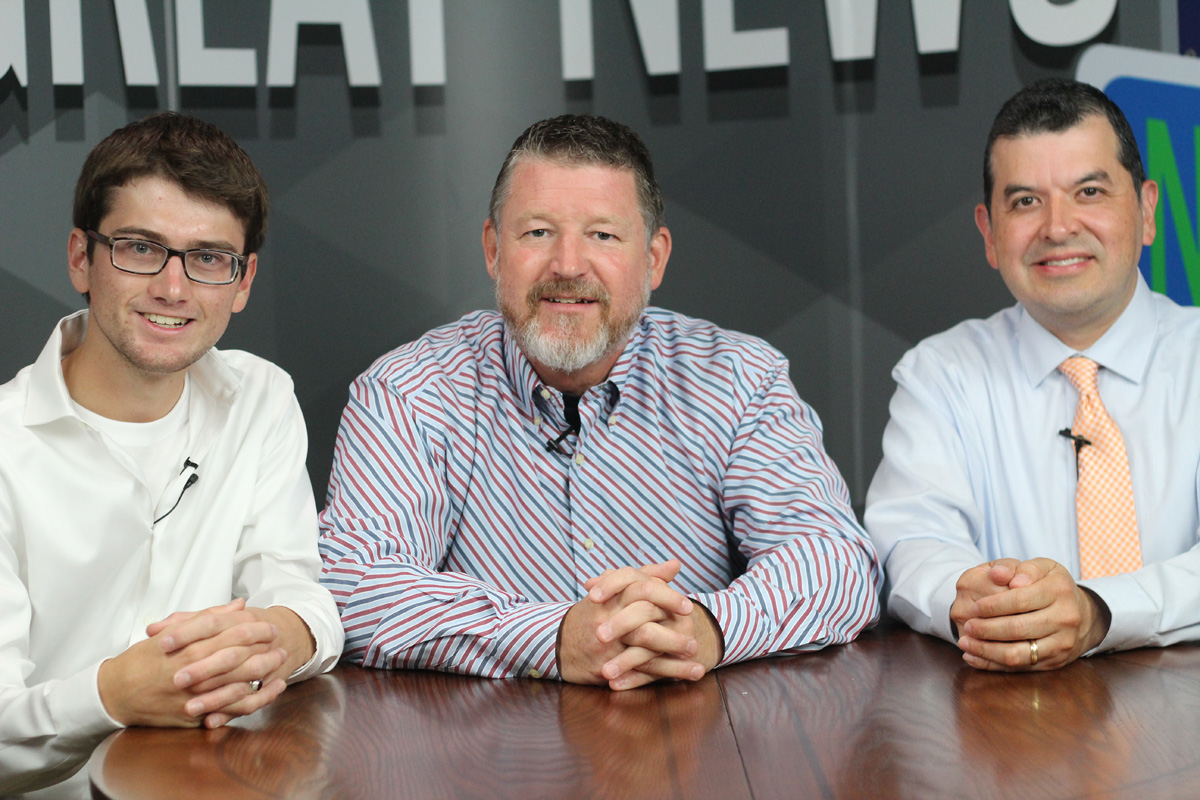 In the fast changing world of media, and specifically online media, it takes dedicated professionals to make the most out of the daily changes. Ideas in Motion Media was pleased to welcome two of those professionals from Northwest Indiana to talk about what those changes are, how they have effected the old-world of media, and how we can navigate the media landscape for the better.

Both Vickrey and Blaszkiewicz are experienced in their areas, and are pushing boundaries even as things are adjusting from one thing to the next. But how did they get to where they’re at? 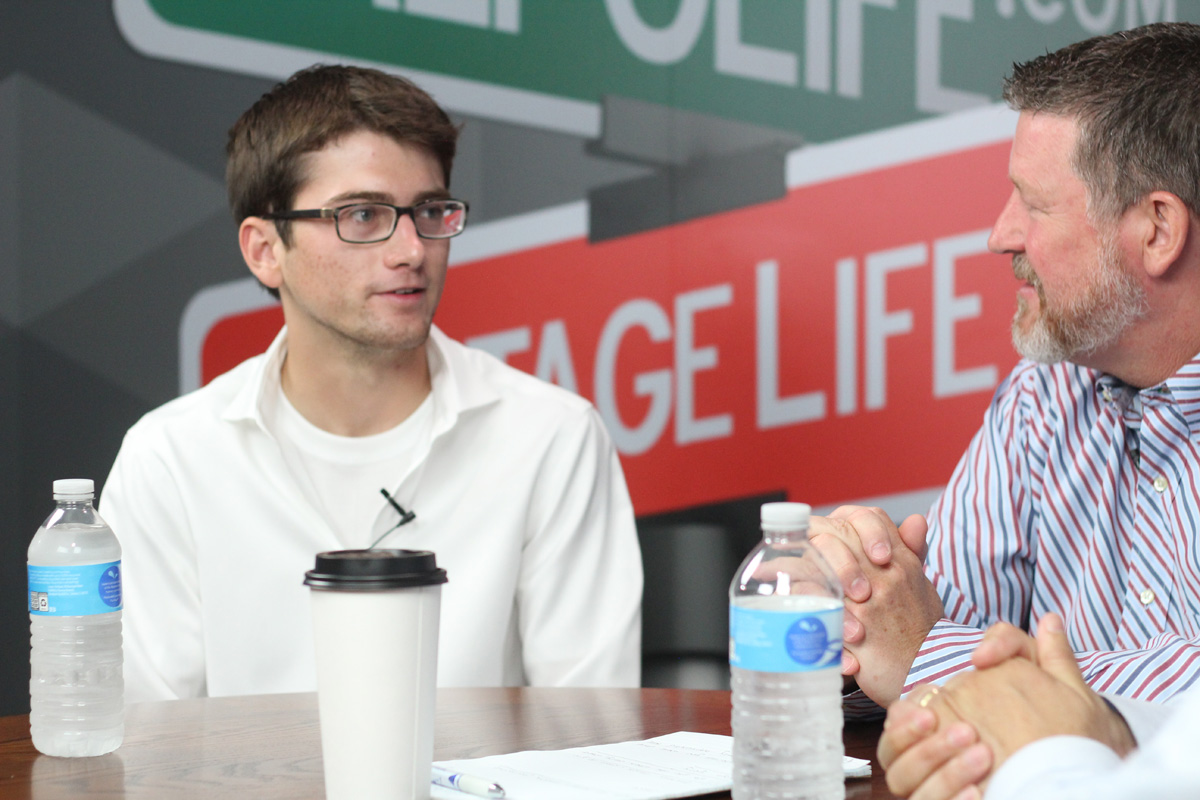 “The fun thing is that some people have been all over the place but I’ve been in one place - and that’s the fact that I’ve been in Northwest Indiana,” Vickrey stated. “I’ve worked for many different outlets here. I’m only 22 years old but I’m experienced in the sense that I’ve been doing this since I was 15 or 16. The thing that gives me the edge over other competitors I think is that I’m just as experienced as they are but I’m still young and this is all I’m doing. I get to do this all the time so I like it.”

“I came from the Times where I was for 21 years as a part of their staff and working in Northwest Indiana,” Blaszkiewicz stated. “So when I left I was concentrating on the digital side, but it’s been a real education moving to the Chicago Tribune up in Chicago. I also enjoy some engagement in Northwest Indiana because the Post-Tribune is affiliated with the Chicago Tribune. I still am a part of the region and I enjoy that.”

The state of media today is always evolving, with new trends coming up seemingly faster than most can keep up with. Due to those changes media landscape is becoming more complicated and treacherous, and both explained what differences they’ve seen happen over the past couple years. 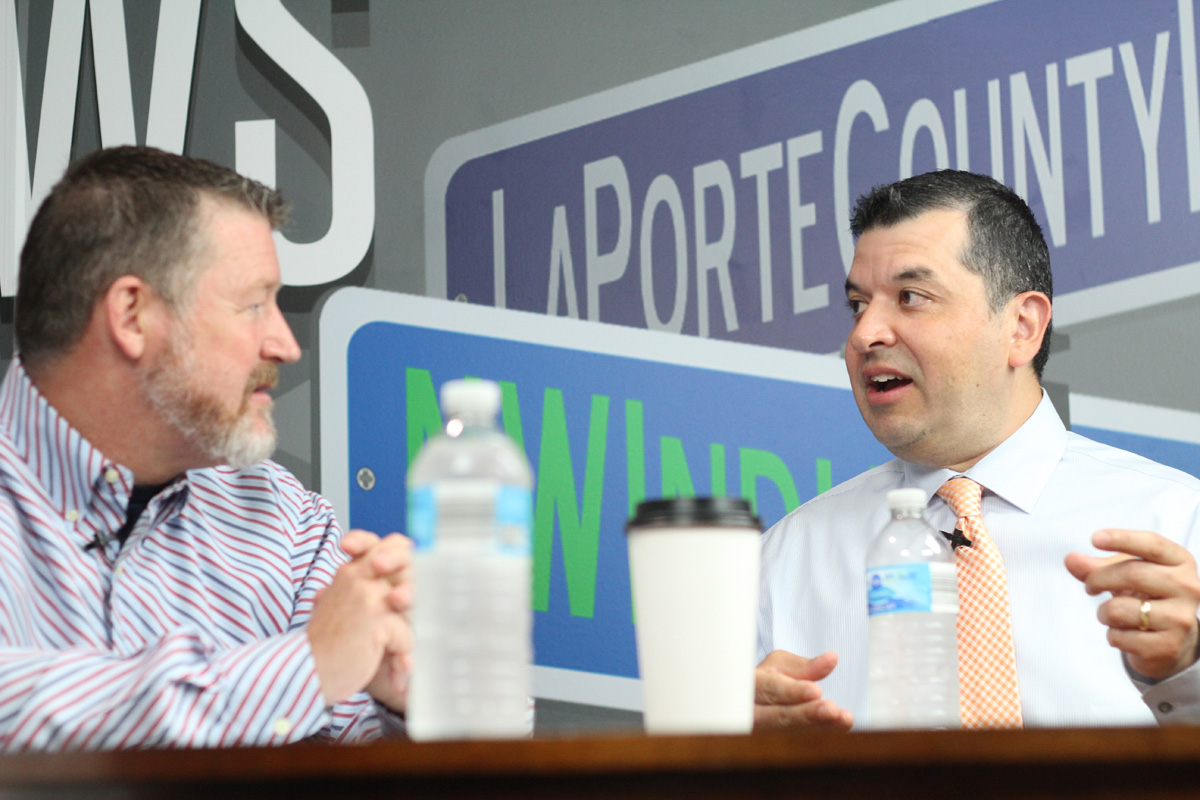 “I think what [media] has done is that everything is in real time. When I started in this business you had one print edition that went to press once a day, so you kind of had that deadline you were working towards. Now the deadlines are never ending - they’re 24/7,” Blaszkiewicz stated.

“I see some people that are a little more experience have more resistance to the new media landscape that we’re working in. The benefit for me is that this landscape is all I know. It’s much easier for me to adapt to it than to teach an old dog new tricks,” Vickrey explained. “With constant deadlines, though, you see more people rush it a little bit and there’s less time to get things right, to get things accurate. There’s more pressure to beat the competition with that story not in the next day’s paper but online five minutes after you hear about it.”

Trends in media not only show up across the world, but they also make a huge impact here in the region. Blaszkiewicz has been witnessing those changes over the past twenty years, and notes that there’s been one shift that has made the biggest impact. 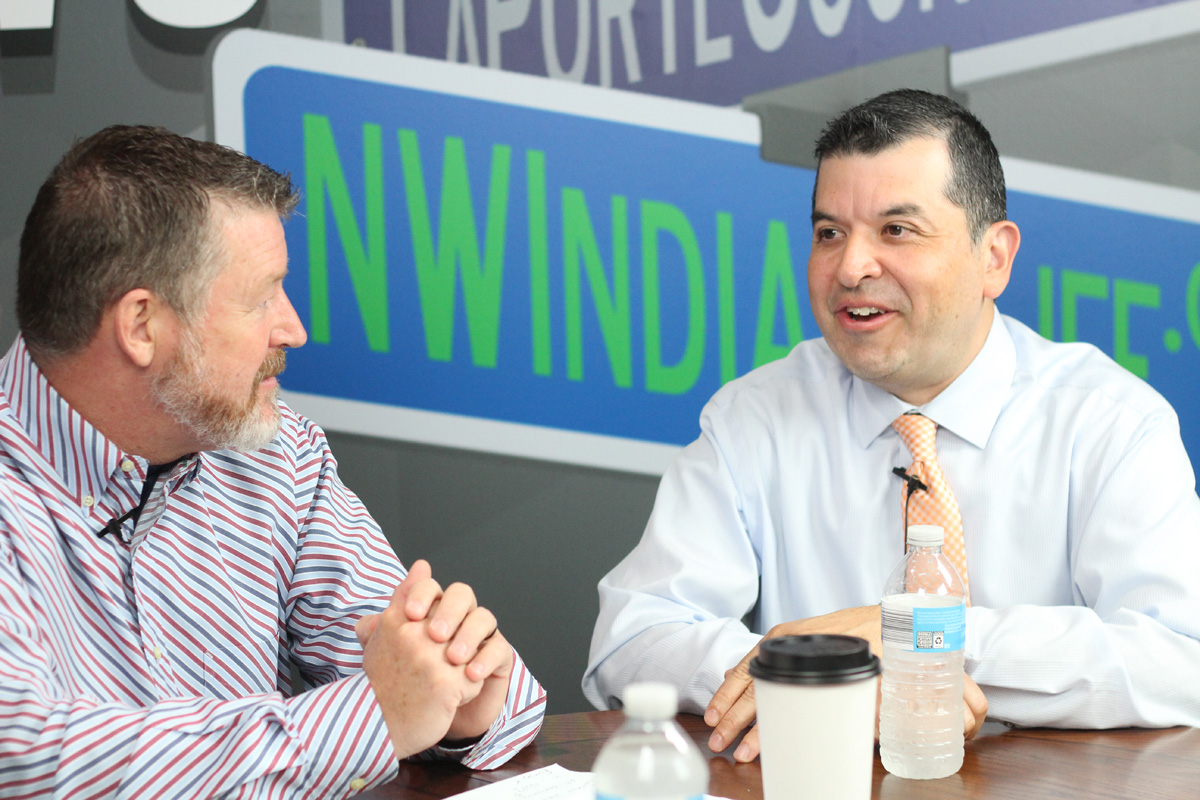 In Northwest Indiana I’ve kind of had a first hand seat in witnessing first hand the changes that have gone on. A big part of [those changes] is media ownership,” Blaszkiewicz stated. “You see the direct changes of having corporate ownership of the newspapers. Those kinds of changes have really changed the media landscape here in terms that there isn’t always that local control that we once had.”

With the 24/7 news cycle it seems like - to the public - that the only thing being published across all media is the doom and gloom stories about the world today. Here at Ideas in Motion Media, we know for a fact that not all stories are negative, and as a sports reporter Vickrey has witnessed more than his share of positive news.

“Locally there are a lot of positive stories to write about [in sports]. A lot of the stories that I’ve written, or gotten to read, in the sports section have a positive nature to them,” Vickrey stated. “The fun thing about being a journalist is getting to know people, and getting to know their story. I’ve told a story about a baseball player who got hit in the face by a ball at a high speed which could’ve killed him, and you look at that as a hugely negative thing, but he gets through that and goes back to play his freshman year at Purdue. It was this terrible experience but it was the game that he loved and we went back to baseball after almost giving it up.” 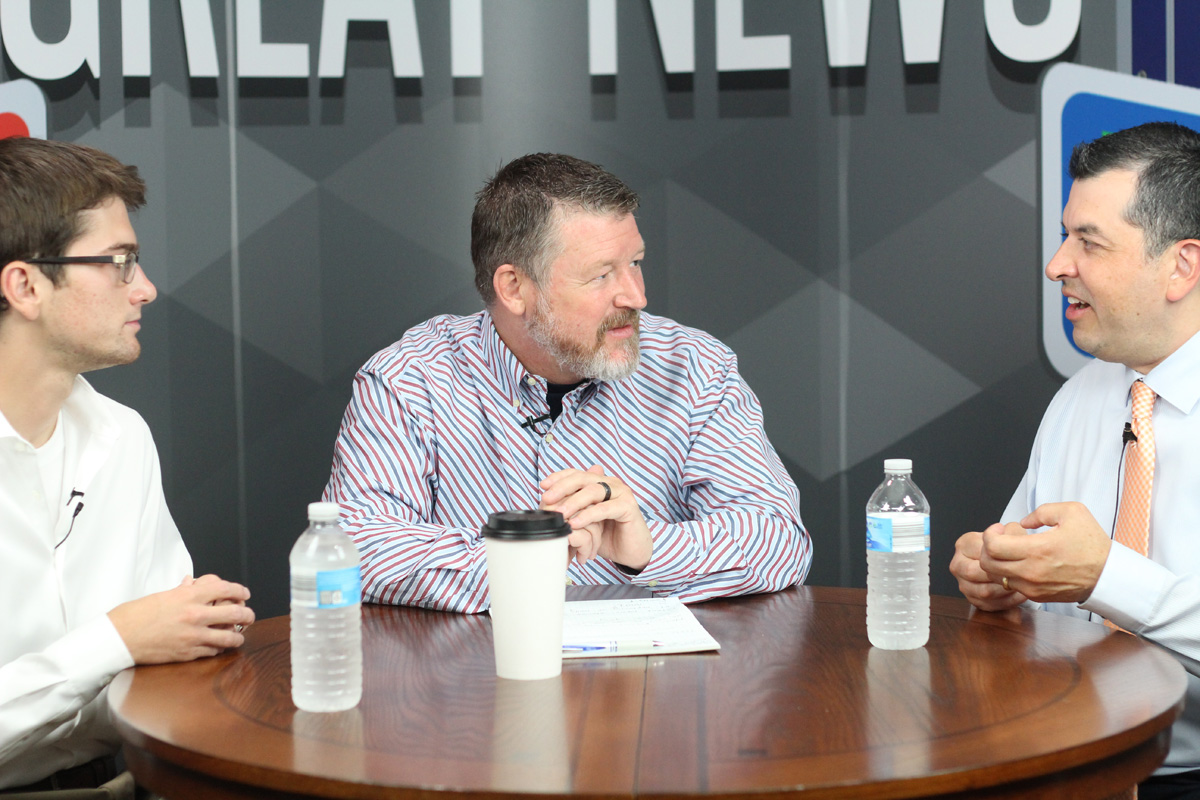 In the end, as seasoned professionals, there’s a lot the two have learned during their time on the job. There’s a lot aspiring journalists can learn from them. The biggest pieces of advice from Blaszkiewicz and Vickrey? Be flexible, and put your heart into the job.

“I think the more skills you have the better,” Blaszkiewicz explained. “At the heart of a journalist is a storyteller. So no matter what you do to hone those skills - whether is writing, photography, or videography - to elicit stories from people is the heart of this. In terms of technical the more you can learn those skills the better.”

“This is kind of a general piece of advice, but having people who genuinely care is such a big deal instead of someone who just looking for a paycheck. In some industries it’s fine - you can go and work your nine to five job even if you don’t enjoy yourself during the day, go home to your family and it’s great. In this industry you have to really have a passion for it to have any chance in competing against those that do. You have to care and you have to put care into the work that you’re doing to do a good job.”

For more of the interview, check out the video below and you can hear the full conversation on Soundcloud.