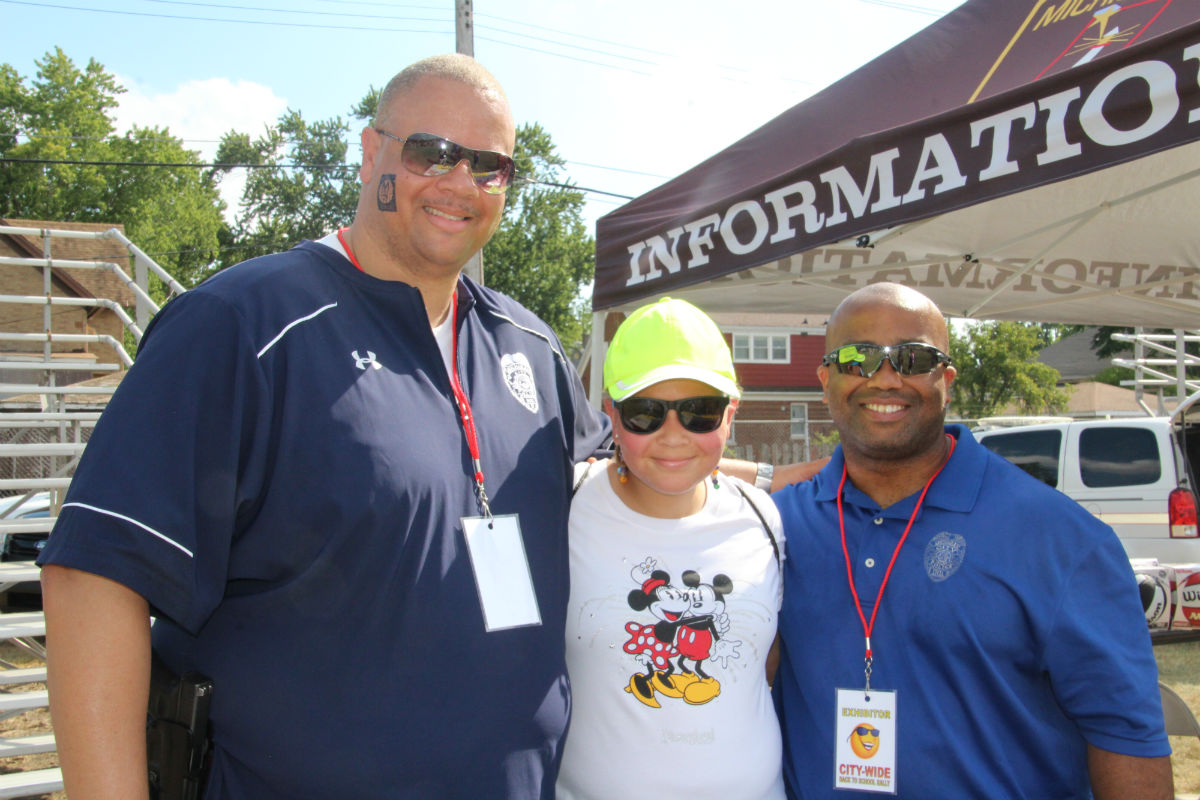 The first day of school comes too quickly for most kids. The Administration of the Michigan City Area Schools and that of the La Porte County Family YMCA know the importance of education and want to make it as fun for the students as it is for them. They also want the kids of the community to start the year off on the right foot. That is why they host the Citywide Back to School Rally every year.

The Rally is community-wide. Organizations like the Franciscan Alliance and Stepping Stones Women’s Shelter put up booths on the Michigan City High School track field, all offering their own unique service to the visiting families.

“We come here every year,” said Ellen Sharpe, the Administration Director of Outreach Marketing for Franciscan Alliance. “We think it’s good to give kids and their parents a good start on the school year. It’s our mission to reach out to the people that we serve.”

The Rally was organized by the Indiana Black Expo Inc. and included dozens of different vendors. Each student was given a bingo card when they signed in. As they visited the booths of the Rally, the squares were signed with signatures and the kids’ bags were filled with supplies for the school year. When they were ready to go home, the cards could be exchanged for a free backpack. Over 1,900 backpacks were collected to give away.

“It shows the commitment of the community to provide services and resources to the families in need,” said Patricia Harris, the Michigan City Chapter President of the IBE. “We want every child to be excited to go back to school. I encourage people to come out, have a good time, and get school supplies.”

In the seven years since its inception the Rally has grown so popular that families got in line at 6:30 am, more than eight hours before the gates opened.

Larissa James, a third grader, said she has been looking forward to the Rally. “It’s a lot of fun. You get to play games and win things. And the band let’s you try their instruments.”

Drummers from the high school gave demonstrations. Cheerleaders made human towers and the soccer team practiced drills. The ROTC ran a booth alongside the fire department and the police force.

The YMCA had a clown and a stilts walker with them, entertaining children and parents.

“[The rally] exposes us to more people than we’d normally see,” said Aquatics Director Adam Waldier. “A lot of [parents] don’t get out and come to the YMCA events on their own. How do we get them to be more active about the area, instead of just themselves? We try to set the best example we can.”

“It’s a great community building event,” said Betsy Kohn, the Director of Communications for Michigan City Area Schools. “It shows how much the organizations care about the kids. It’s also a fun way to kick off the school year. That’s something we should celebrate.”