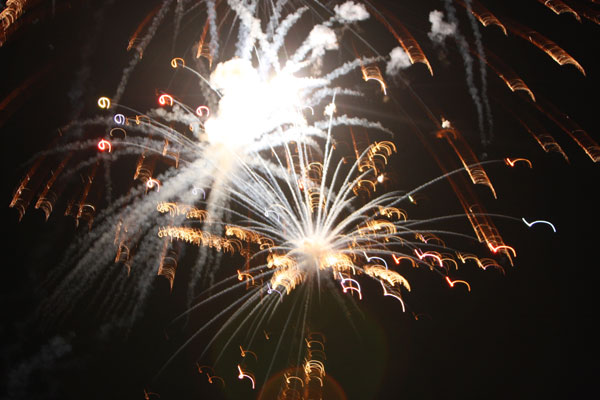 The City of Michigan City would like to remind our citizens and visitors that the 2015 fireworks display is scheduled to take place on Saturday, July 4, 2015 in Washington Park.

Fireworks display will start at dusk from the Lighthouse Pier

Parking will be available in Washington Park until the lots fill up. At that point, the park will be closed to vehicular traffic and parking will need to be done at “off-site” locations. There will be no shuttles from these “off-site” parking areas to the park.

After the fireworks end, traffic exiting the park will be directed over the Franklin Street Bridge in both lanes. No vehicular traffic will be allowed into the park at the conclusion of the fireworks.

The Michigan City Police Department will have over 60 officers working this event. In addition, the MCPD will be receiving assistance from the Indiana State Police and other local law enforcement partners.

In the event of a light rain, the fireworks display will go on as scheduled. If a strong storm affects the area, the event will be postponed until the next evening, Sunday, July 5, 2015.

Mayor Ron Meer would like to wish everyone a fun and safe Fourth of July weekend.