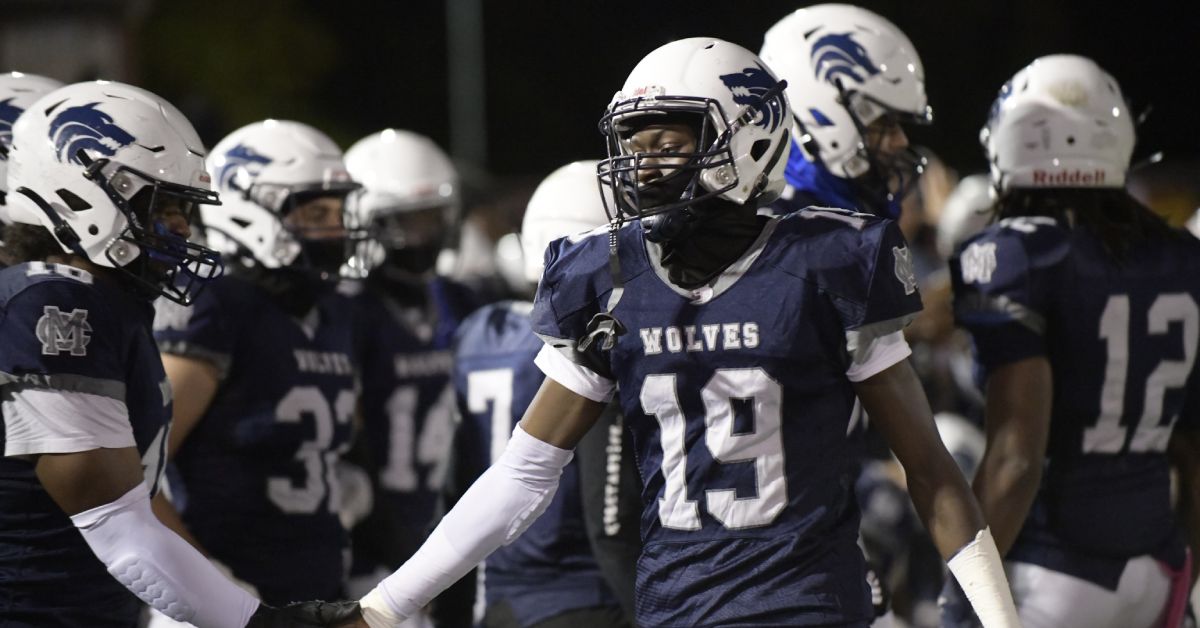 A breezy temperature of 48 degrees on October 7 in football stadium lights marked the end date of Michigan City High Schools (MCHS) spirit week. This spirit week was a remarkable success; all grade levels participated in the dress up days, and even the teachers and faculty took part in the pregame festivities.

The MCHS pep rally was truly unlike any other. Each class, split into their own sections, were cheering as loud as they could in order to win the coveted spirit stick. A game of musical chairs was played by the class officers, and Senior Class Vice President Kayla Campbell won.

The 16 homecoming court candidates were announced at the pep rally. Anticipation filled the room as the entire school had no idea who would be crowned homecoming queen.

During halftime, the court was presented for all Michigan City supporters to see. After allowing tension to build, the queen was revealed. Halle Hood, the candidate from French Club, won the crown. The senior class took home the spirit stick this year.

While Michigan City lost the homecoming game against La Porte, the team did so with great sportsmanship and is excited to try again next year.

The week after homecoming, the underclassmen of MCHS attended school with one goal in mind: conquer the lengthy preliminary SAT (PSAT).

They say time flies when you're having fun, and that couldn't be more true for the students of MCHS. The first quarter ended October 14 and, with only three more quarters to go, the school year is certainly flying by.

With Halloween quickly approaching, many festive activities will be taking place around MCHS.

On October 21, there will not be a football game for the MCHS students to attend; instead, there will be an event called Friday Night Live. There will be a video game truck, free food, a haunted hallway, and a staff vs. students volleyball match.

The National Honor Society (NHS) induction will occur October 27. This will be when some of the hardest working students will gain membership to this club. The requirements of the NHS are high, and it’s an honor to even be considered.

The MCHS theater department has announced that they will be doing “The Addams Family.” Auditions have already been held for the musical, and the cast has been selected. It will be a busy time for the theater department with only two months to prepare for the performances.

Now that most fall sports are coming to an end, the winter sports will begin practicing and preparing for their games. The first girls basketball game will take place November 10 at home, kicking off MCHS winter sports.

The process of creating a production can be quite lengthy. It starts with auditions, in which many students try out. Next, they begin to slowly introduce the production to students with read throughs, learning the music and lines. The director blocks the scenes, which means that they essentially decide what's going on onsstage and how the characters behave. At this point, Steinhiser collects students that will be part of her stage crew. The stage crew's role is moving sets on and off stage during the performance and helping Steinhiser create sets. After many rehearsals, it’s tech week, in which the show is run through start to end with everything that will be included on the final performances. During this time, spotlights get set up as well as any special effects like fog or flashing lights.

Aside from being set director for the MCHS theater program, Steinhiser also is a part of Centerstage Youth Theatre program. The Centerstage program allows young students that attend the Michigan City Area School (MCAS) system to participate in theater as young actors. Students that go to MCHS play a large part building sets, being student directors, and choreographing scenes. This opportunity allows students to find a new perspective in theater and learn the background of it.

“This is my first time doing a high school production during the school year. Usually, I did the summer stuff, which I started building stuff for in January, even though students didn’t start until later and get things going when we knew what the show was. For this one, you've got two months to do this, plus work my job, so I’ve been a little busy,” said Steinhiser.

Steinhiser helps students to the best of her abilities. She has a section of the library dedicated to college and career research in which students are able to access resources about different colleges of interest. She also helps students find books that interest them, especially those who aren’t big readers.

“My goal is to try and find new ways to attract students to read, so I do events throughout the year. A couple weeks ago was National Banned Book week, so I had a week of acknowledging books that had been banned to peak interest,” said Steinhiser.

Steinhiser hopes that students can find time to read a book, no matter how long it takes to finish. She also hopes students will just try something new whether it be a club like theater or discovering a new book.

Being a homecoming candidate was always something that interested Hood.

”I feel like I’ve always wanted to run for homecoming. I just feel it’s a fun experience. I’ve always cheered for games and just wanted a different experience during a football game,” said Hood.

Networking within the school was a large part of Hood’s success. She feels that being friendly with people throughout the school, especially underclassmen, and participating in a variety of activities allows her to get her name out there and create a familiarity with a large group of people.

After high school, Hood hopes to attend Indiana University-Bloomington, where she will major in Marketing, and eventually hone in on sports marketing or social media marketing. In the long term, she’d love to market college football teams or even National Football League (NFL) or National Basketball Association (NBA) teams. Her background in cheer has driven this passion of hers to stick to a sports atmosphere.

“Try to be friends with different groups in high school. Don't just stay towards your sports team or anything like that. Be friends with people in theater, chorus, sports; be versatile in your friend group,” said Hood.

By participating in many clubs, sports, and activities around the school Hood believes that you set yourself up for success, not just in becoming homecoming queen, but becoming a recognizable and friendly face around the school.