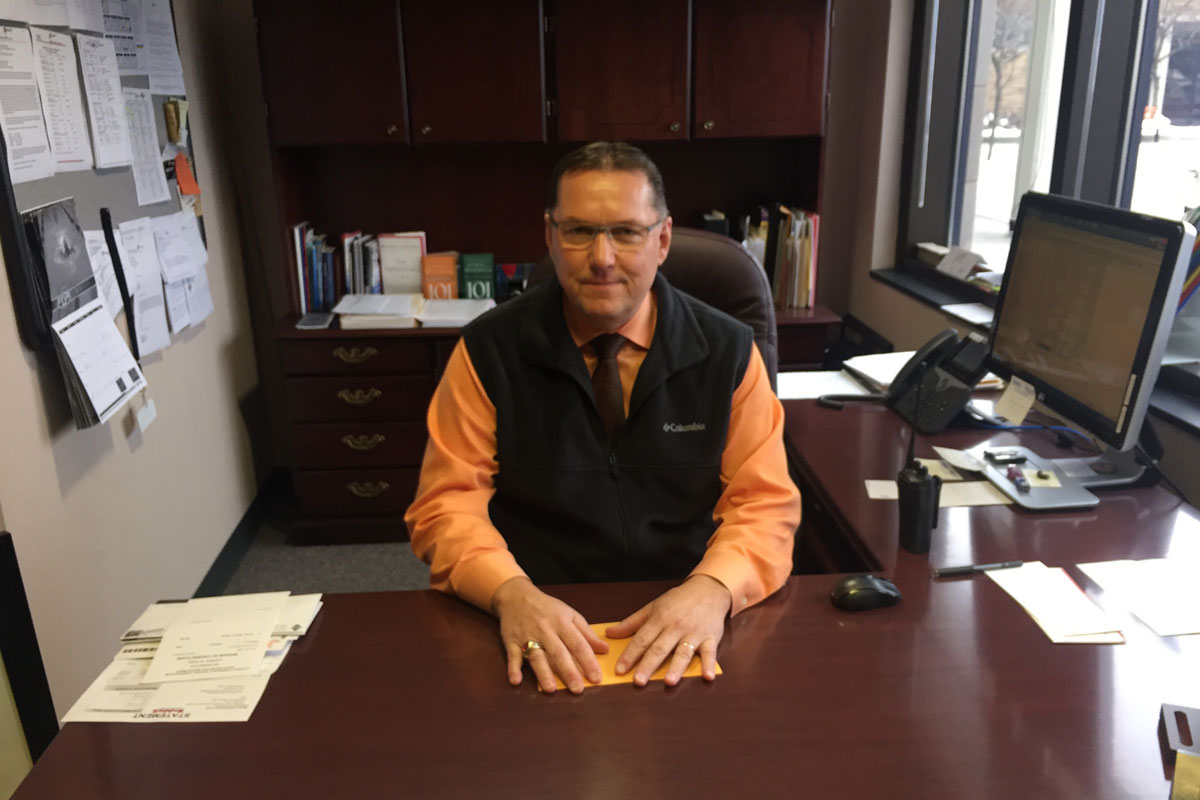 Staff Spotlight: Mr. Gilliland
Mr. Gilliland has been the Athletic Director at LPHS for 20 years and has multiple awards and accomplishments under his belt, but his most recent is definitely worth recognizing.

Gilliland was awarded with the National Federation of High School award, a national award given to only eight people in the nation. This last week he traveled to Nashville, Tennessee to receive his award. Not only is this prestigious award an honor to win, but it shines a light on the LaPorte High School Athletic Department as a whole.

“It’s really good recognition for our Athletic Department and LaPorte High School. That, above all, is the most important thing; it really gives our school and community some positive recognition,” said Gilliland.

Gilliland was more than qualified for the award. Among many other things, he serves on the IHSAA Board of Directors and Executive Committee, has done fundraising for the renovation of baseball and softball fields, and created an athletic advisory committee. These are just a few things on a long list of projects that he takes part in.

Being a Slicer has been in Gilliland’s family for what seems like forever, so putting in the hours and hard work for the school’s athletic program is a no-brainer. Graduating from LPHS himself, he lives by the words: “Once a Slicer, always a Slicer.”

Winning this award, among others, is a great indication of the amount of effort Gilliland puts into what he does. The school and community congratulate him on this national award and all of his hard work these past 20 years. 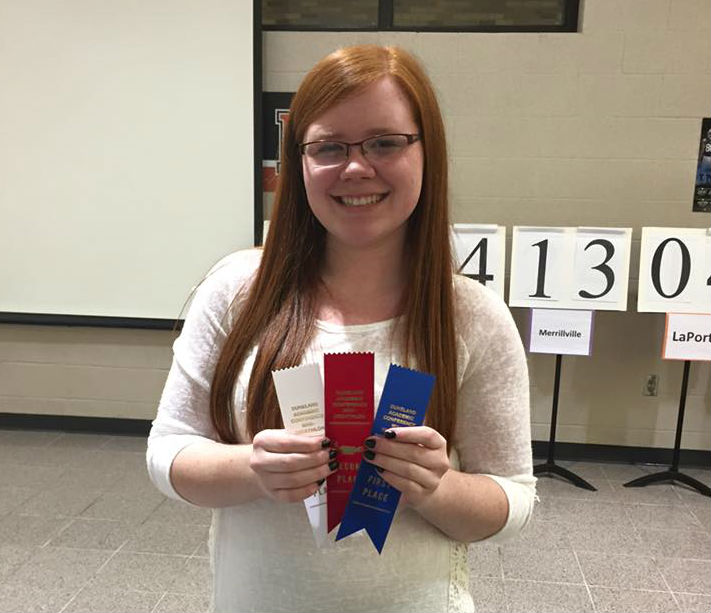 Student Spotlight: Reily Galloway
Reily Galloway has been playing softball since she was four years old, but never in her wildest dreams did she think she would be where she is today.

When Galloway started her freshman year of high school on varsity, it was evident that she was going to be something special, but it was not until the fall of her junior year that she turned from good to great. Her love for the sport pushed her harder than ever to improve.

“I fell in love with softball from the start. I’ve always considered myself to be pretty competitive, and once I started playing at the higher levels and realized what I was capable of, there was no going back,” said Galloway.

It all began with getting herself involved with a more competitive travel ball team. It was there where her coaches helped her realize her full potential and physically pushed her to a new level. Along with her mandatory practices, she added on extra hitting lessons each week and enrolled in the strength and conditioning class offered at LPHS.

“Putting in all of the extra work is what got me to where I am now, and I couldn’t be happier with the outcome,” said Galloway.

All of this hard work and dedication earned Galloway a scholarship to continue her softball career at Western Michigan University. Along with that, she was named DAC All Conference, 1st Team All State, MVP, and broke a few records last year.

For Galloway, it all started with her throwing a tennis ball at the age of four. This is one of the greatest examples of the well-known saying: “hard work pays off.” 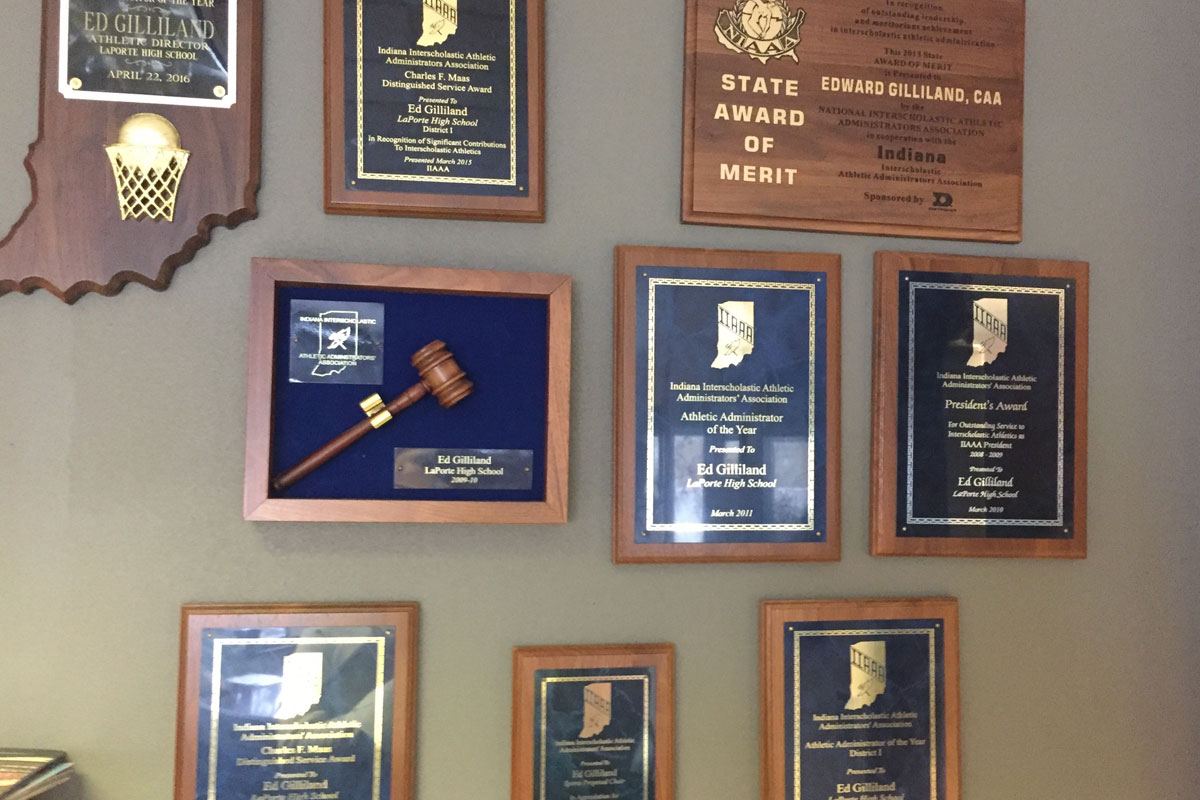 At these competitions, members go through a series of tests based on ten subjects. The meets test the students’ knowledge on the most important school subjects, and at the end of the competition each team gets an overall score.

This year’s team is fortunate enough to have nearly tripled the amount of students from last year, allowing them to have three teams which are determined by GPA’s. For most of the members of Academic Decathlon, they are in it for the experience that comes along the way.

“It looks awesome on a college application, and it encourages knowledge as well,” said senior member Samantha Ake.

The team is putting in all its effort to prepare for their next big competition on January 21st at Hobart High School. While most schools they face spend time studying as a group with their coaches, the LPHS team studies independently. They must prepare by reading their required novels, studying all their notes and preparing for the speech and interview portion of the competition.

The team hopes to have a strong showing at this match, where they face competitive schools. This will be the last competition of the school year, as Academic Decathlon only does two competitions each year.

“I want to improve and place in more sections. [The last competition] was good practice for the next competition,” said senior member Emma Kasarda.

The Academic Decathlon team goes above and beyond to prepare for these competitions and represent LPHS. Good luck to the team on the rest of its season! 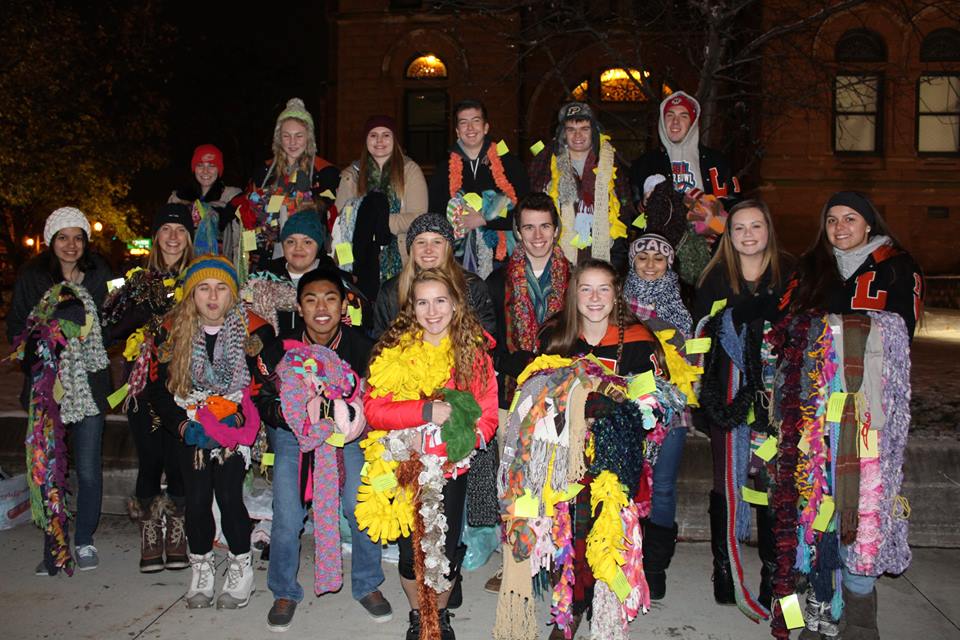 Helping the City One Scarf at a Time
The National Honor Society and Stand Club at LPHS headed to the streets of downtown LaPorte to tie scarves around the trees for people in the community on December 5th.

Prior to that night, the two clubs had collected over 200 scarves to take with them when they set off to Lincolnway and State Street. After having massive success last year, the two clubs decided to do the event again this year. Many people in the town genuinely appreciate the scarves and truly do need them, so the students are happy to help in any way they can.

“I think it’s important to give back to the community because doing a good deed for someone else will hopefully influence them to do something nice for someone else. Then it would be a domino effect,” said Courtney Lindquist, Secretary of NHS.

The true meaning of this project was to give students a chance to do something meaningful and to help their community. When they all met at the Courthouse on Monday, it was an enjoyable experience to walk around the town and tie the scarves around trees. The students received many encouraging comments by people walking by, and that was a great indication of how appreciative people in the town were.

“We were helping people who really needed them. Although it seems like a small task to some, it can mean the world to others,” Lindquist said.

These two clubs partnered together to make sure every nearly every tree on Lincolnway had a scarf, and LPHS is thankful for all those who participated in the project.