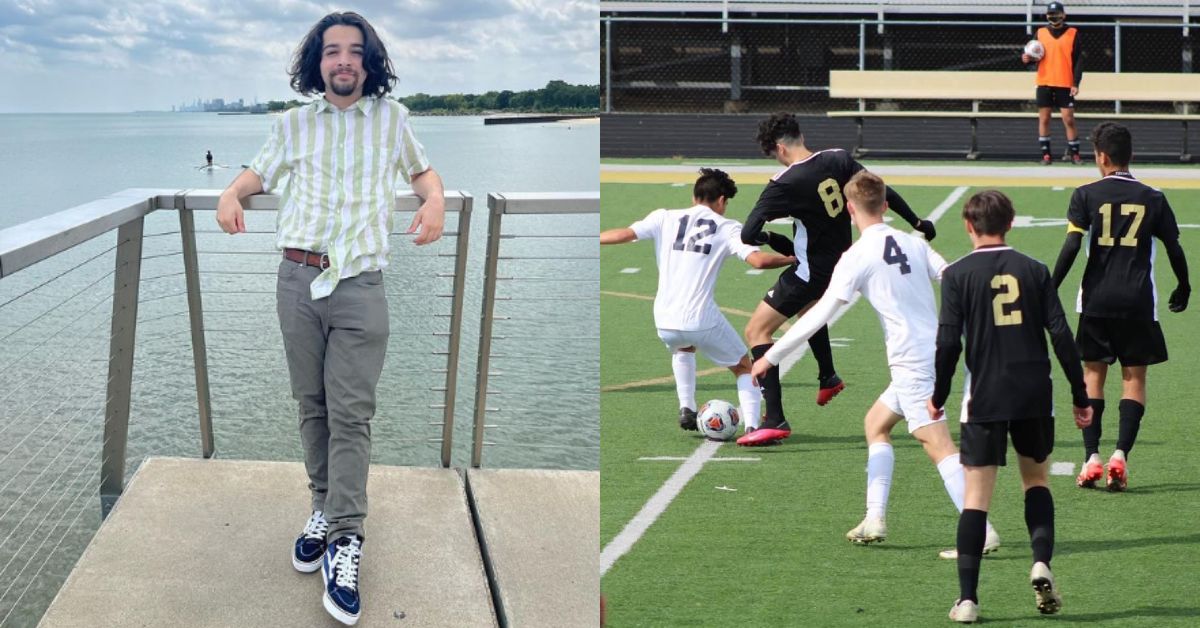 On ninth August 2022, the Marquette Catholic High School boys soccer team faced off against Elkhart Christian Academy (ECA), in a preseason friendly. The battle was equal and hard-fought, leading to penalties after a two-to-two draw. Sophomore, Liam Larkin and incoming freshman, Alex Cervantes both tallied goals for the team.

Despite their efforts, the game against ECA still went to penalties. The Blazers went on to make a decisive victory in the penalty shoot-out with senior goalkeeper Brandon Welch scoring the deciding penalty.

The Blazers are lining up on the young side this year, having started three freshmen.

On August 18, the Marquette Blazers junior varsity team takes on Illiana Christian High School, and the varsity team plays their season opener on August 20 at Hanover Central High School. Both of these matches are expected to be tough battles for the team, however, it is up to Marquette to decide who will prevail.

Summer coming to a close, and the 2022/23 school year of Marquette began on August 17. Marquette lines up many exciting events for this upcoming school year. Marquette has also hired two new teachers in the science and theology department as well as added an array of new classes for these teachers.

There are two upcoming fundraisers for Marquette, one of which is the Fall Sports Fundraiser on September 17. Marquette also has a general fundraiser coming up, the Blazer Block Party on August 26. The Blazer Block Party is usually held outside the school’s Scholl Center and is an exciting attraction with live music, food trucks, and an art gallery; something for everyone.

The students of Marquette Catholic always have an opportunity for a thrilling adventure. Last year a number of Marquette students and teacher chaperones toured many of Europe’s World War II monuments and memorials. This coming year over spring break, Marquette will be traveling on a guided tour of Peru. The tour will take the students to many exciting places, landing in Lima and traveling to see Machu Picchu, Sacred Valley, Lake Titicaca, and many more cities and attractions.

Anne Larkin is a parent who has been helping out around the scene in a number of Marquette’s departments. She has helped with the boys soccer team, hosted international students, and worked on school dances and proms.

“My classes are quite full. In several classes, I have more students than desks,” Larkin said.

Larkin cares a lot about her kids and cherishes every moment she gets to see them, even if it’s only two or three times a week. In her American history class, she teaches her students about their roots and where they came from.

“In United States history, my students are beginning with their own personal history by doing a family tree and discovering how they came to be here in Michigan City. They are discovering stories about their family to share,” Larkin said.

The approach Larkin takes is very personal and uplifting, despite her classes generally being for those who were not given a fitting education to their learning style prior to this year. Larkin’s approach to lifting up and educating her subsection of the community is both interesting and exciting to see in the community.

Senior Paolo Castillo has participated in the theater department a lot throughout his years at Marquette as well as in other theater departments in the Michigan City area, which he plans to continue doing this year.

This summer Castillo has been touring college campuses, working at Biggby Coffee, and performing as Grover in “The Lightning Thief: The Percy Jackson Musical” at the Young People's Theatre Company.

“The show was amazing. I made so many new friends, and it was such a joy to participate in an art form I love so much,” Castillo said.

This school year he is looking to broaden his service opportunities in order to work harder toward helping others.

Helping others is exactly what Castillo plans to do with his future and study in college. Castillo hopes to attend UC Berkeley for a bachelor's degree in Public Health. From there, Castillo says he hopes to attend medical school and become an orthopedic surgeon.

Despite the busyness, Castillo is more than delighted to work hard to help others.