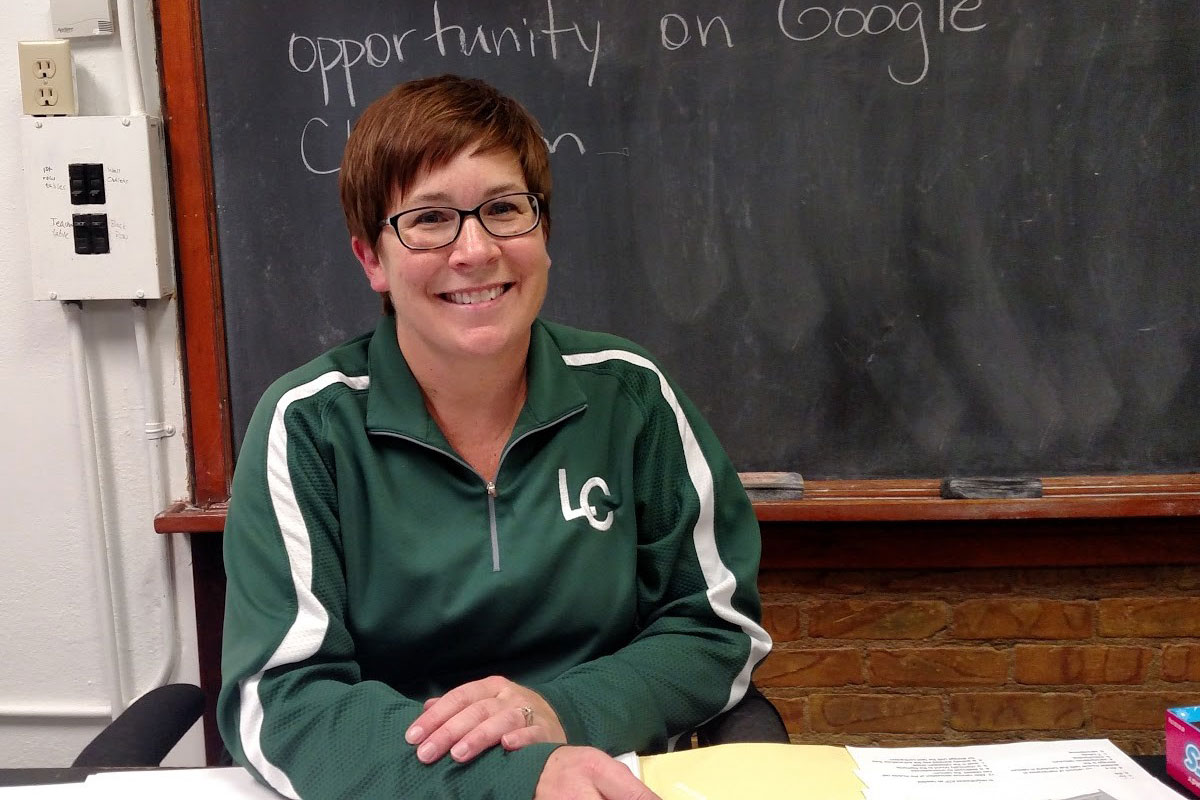 Teacher Spotlight
Mrs. Allen’s classroom, on the bottom floor, right next to the stairs, is home to all sorts of experiments and mad scientist-like activities. Well, truth be told, there’s no Tesla coil, and evil cackling isn’t something you’re going to hear when you walk in. It is a normal science classroom that has normal science classes. What makes it extraordinary is the way Mrs. Allen teaches her classes.

Before Mrs. Allen was a teacher, she was an environmental chemist. She eventually came here and began teaching. She has been teaching at LaCrosse High School for nine years and likes it for the small class sizes, which “make one-on-one learning easier to do.” Her favorite class to teach is, naturally, environmental science due to her background. The class allows her to be more in her element, pun intended. She hopes that students walk away from the class being able to think for themselves, and “not just learn information, but apply it to other scenarios.” She teaches them not to just scrape the bottom of the barrel, but really understand and appreciate what is being taught.

Experiments with chemicals and calculations of molarities of acids and bases aren’t just all she does, however. Although there isn’t an official spearhead for the Academic Super Bowl teams, Mrs. Allen is the one whom everyone looks up to for information about their events. She also runs the science team.

She is the supervisor of the LaCrosse Honors Society as well, and helps to organize community events with that group. 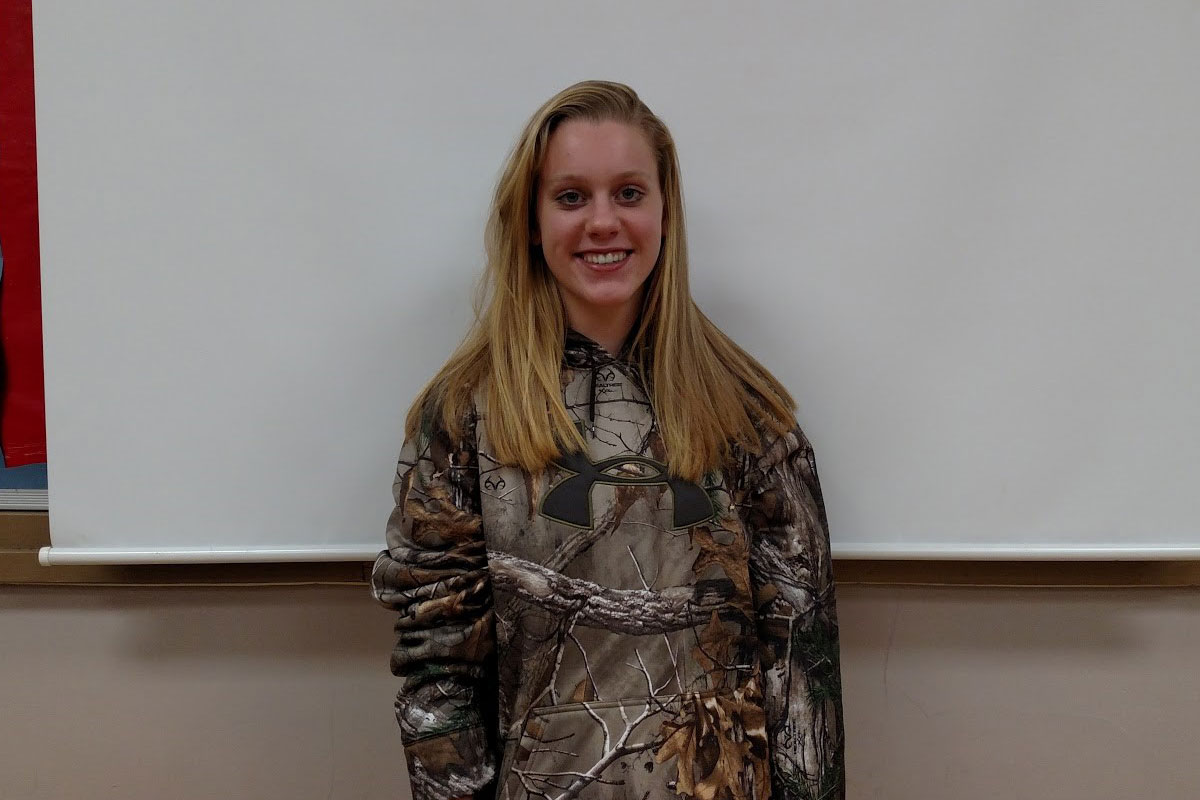 Student Spotlight
“She’s a freshman!” You could hear the crowd cheer as Justene landed a three-pointer during a game, just three years ago. LaCrosse’s side would erupt into celebration, almost drowning out the buzzers and the shoe scuffs. Now, Justene Charlesworth is a junior at LaCrosse High School and still making waves on the court and off.

Justene is one of the top students in her class. She is also involved with many activities outside school. Just recently, she became one of the lucky few to join the 1000-point club for basketball. She also participates in cross country and track and has accolades in both. She has been the LaCrosse Honors Society president for two years in a row and also serves as a member of the Academic Super bowl, Leo’s Club, and Future Farmers of America. When she is not busy pursuing higher learning in the form of two college classes or just going through school, she likes to play basketball.

Despite her accomplishments, Justene is still rather humble and is on personal levels with most students and staff. Gametime or not, she is a determined, focused person who possesses great leadership abilities. Justene is always willing to help out, and wants to aid her friends and her teammates as best she can.

For the future, she said she would like to “go to college for basketball, if the opportunity is available.” Otherwise, she’d major in accounting, or work to be a physical trainer. She's got a world of possibilities ahead of her. 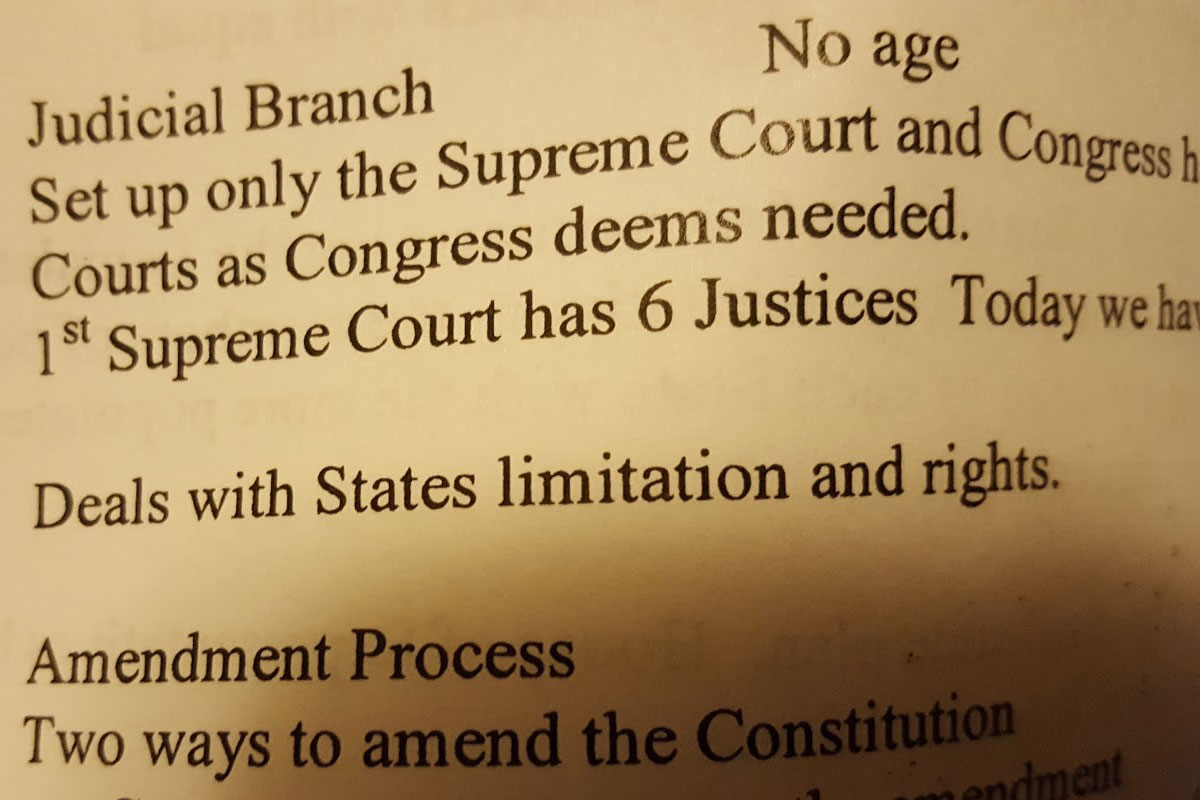 What's Happening
As the end of this semester is briskly approaching, both the teachers and the students are finding ways to make up for lost time and tie those loose ends. The week of the nineteenth is finals, or midterms, week at LaCrosse High School. This is the moment everyone has been preparing themselves for up to now. Many of the teachers who are having finals are preparing their students with worksheets and review quizzes so that the students enter testing feeling confident and assured in their knowledge and can pass with flying colors. They also will have retained the knowledge and be able to put it to good use the following semester and later on in their lives. It's a pretty big deal.

With this week LaCrosse is going to have some “spirit days” when the students can dress up according to the theme that day and win points towards their class. The class with the most points gets a prize and money towards their senior trip. Monday’s theme is Ugly Sweaters, Tuesday is Christmas Socks, and Wednesday (a rare three-day week) is Santa Hat day. Everyone should participate, if not for the points then to simply get in the yuletide spirit.

Christmas break begins on the twenty-first and then goes until January third. Then, the students will return to school, and continue on with their learning and their growing as people. Hopefully a good Christmas makes them eager to return. Until then - candies and presents!

The year is ending but many new projects are beginning. An automation club is preparing for the state competition with practices every lunch period and every other day after school. Their numbers were fewer than expected, with just four kids working on the project, but if there’s one thing LaCrosse is good at it is working with small numbers. The team is hoping to create some kind of mobile fire extinguisher by competition time. The only requirement they were given was that it has to be programmed using NaNoLine technology. 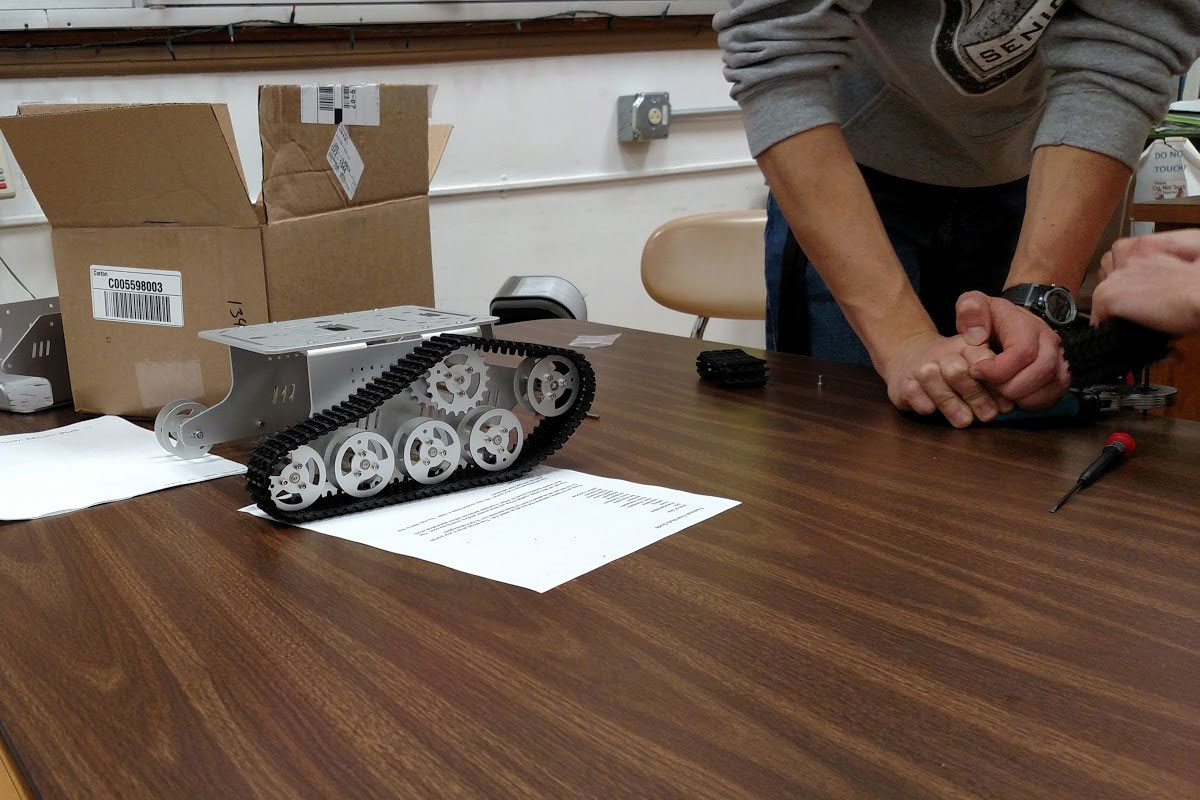 Some time in the month of January, Academic Super Bowl competitions will be approaching, too. Most often the competitions focus on one central theme. This year, the theme is the French Revolution. In an academic super bowl competition, there are six teams: English, Mathematics, Science, Fine Arts, History, and Interdisciplinary. Interdisciplinary is a combination of all the teams, and doesn’t decide its teammates until the day of the competition. Last year, the Fine Arts team advanced to the state competition, but came in fourth place. They hope to make it back again and aim for first.

The LaCrosse band is back at it again, doing what they do best. They’ll be going to nursing homes near the end of next week and playing selections from previous concerts. There is nothing quite like putting on a concert purely because you want to and knowing it will bring joy to someone’s heart.

One thing is for sure: everyone is waiting anxiously to see what 2017 brings.