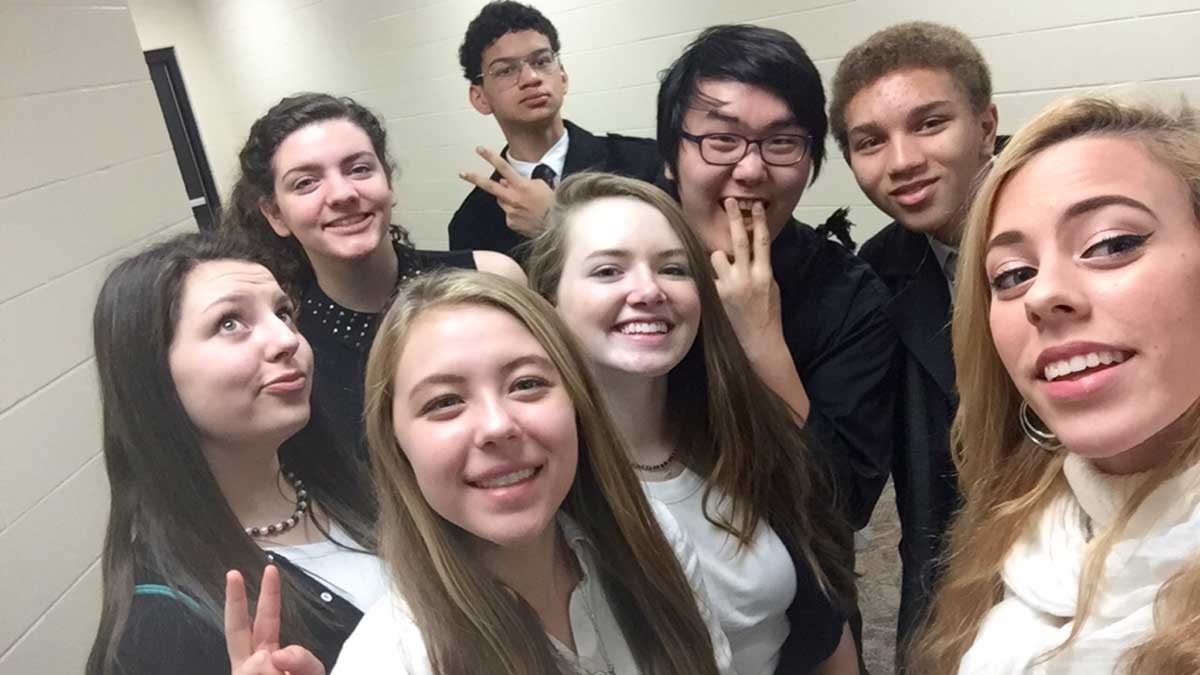 La Lumiere has been dancing through the winter and celebrating all of the music and arts the school has to offer. February opened with all fingers crossed for snow days and all hands on deck to warm up Winterfest which has continued into the month of February. January's last weekend was spent on the slopes for some of La Lumiere’s students who took a trip to Bittersweet Ski Resort in Otsego, Michigan.

A trip to Notre Dame’s Debartolo Performing Arts Center was also offered to see Third Coast Percussion’s concert on Saturday night. The students and faculty anticipated the concert after curiosity blossomed when the Chicago-based percussion group who has residency at Notre Dame University in South Bend visited La Lumiere’s campus for an exotic and entertaining schoolwide performance Thursday morning thanks to La Lumiere’s music teacher Mr. Brad Poore. Third Coast Percussion visited the music appreciation class and educated students on the art of percussion, the history of instruments and how their field effortlessly translates into the STEM/STEAM programs. Saturday night’s concert was full of excitement, surprises and moments that left listeners in awe as the men of Third Coast Percussion, who surrounded the audience with drums and a storm and battle of sound navigated two beautiful half hour compositions.

Mr. Poore told me about inviting Third Coast Percussion to La Lumiere, and what he thinks such a performance brought to the school saying: “I heard Third Coast Percussion perform twice last year. Once with the South Bend Youth Orchestra and secondly in a performance conducted by my good friend, Josh Aerie who had also performed with me at La Lumiere at the beginning of the year. Josh is an accomplished cellist and conductor and we work together at performing new music for piano and cello. I invited Third Coast Percussion to come to La Lumiere because I think they embody where the future of art music will move: in a direction that includes a lot more rhythmic variety than has previously been included in classical music. One of my dreams is to start a percussion ensemble at La Lumiere. In Music Appreciation, we learn a lot about how music has been transmitted throughout history and through cultures and how some cultures have a stronger sense of rhythm than others. Western European music has tended to emphasize melody and harmony more while cultures in places like Africa have developed more advanced approaches to rhythm. The visit of Third Coast Percussion really helped to reinforce to the Music Appreciation students what music that uses a robust rhythmic vocabulary can sound like. Third Coast also taught the students a piece of music by the great minimalist composer Steve Reich that they performed by clapping. The Jazz Ensemble students also had an opportunity to speak one-on-one with Third Coast. I work with the Jazz Ensemble students a lot on heightening their sense of rhythm and learning to be more creative with rhythmic improvisation, and I think that the performance by Third Coast opened their ears a bit to the possibilities of rhythmic creativity.”

It was a busy week for Mr. Poore who also took La Lumiere’s Concert Choir to compete in the Indiana State School Music Association (ISSMA) district event in Wheatfield Indiana. Junior Emma Patterson performed vocal and piano solos as well Freshman Savannah Starr. They both received silver pins, and the Concert Choir's performance of Fa Una Canzona received a gold. Their success moves on to future competition at a statewide level late in the month. 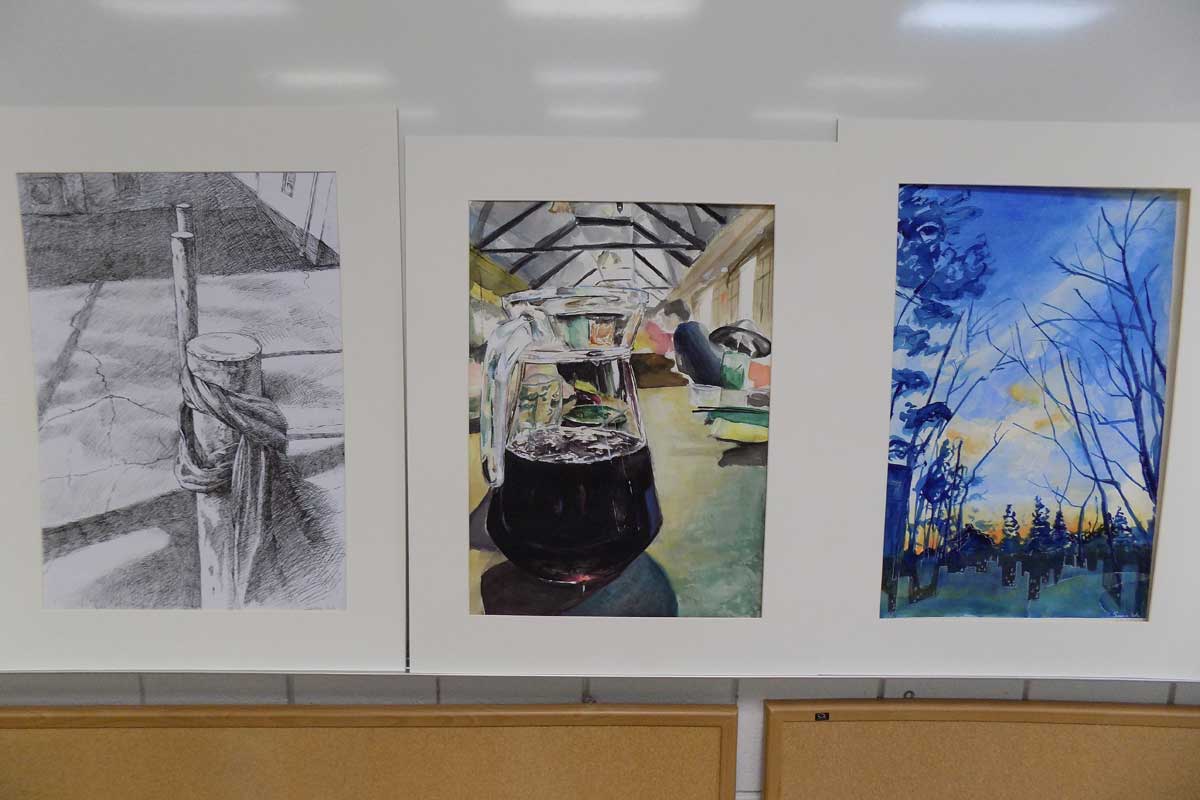 This year La Lumiere is offering a summer trip to Rome Italy, I asked Mr. Poore about what he hopes the students find in Rome, a city build on the arts he so loves. He mentioned to me the rich culture one finds in Rome and his own tithes to Italy, saying: “I lived in Italy for four years and found there a strong sense of continuity between the present and the past. As a musician, many of the things I had been trained to do have their roots in the way Italians approach music. I speak Italian fluently and love conversing in Italian with my wife, who is from Italy, and with my Italian friends. The language is full of lots of melodic and rhythmic sounds. When I first heard Italians speaking all together, it really sounded like music itself to me. Besides music, Rome and Italy is full of treasures for students who are interested in visual art and architecture. I was also raised Catholic (and still value my Catholic faith), and I relate very strongly to the spirituality embodied by many Italians. I would be excited to bring La Lumiere students to Italy and to allow them to draw from this ancient culture the insights about life that are meaningful for them.”

The Concert Choir wasn’t the only group celebrating a win, The Academic Decathlon Team placed second in the Small School division, and third overall at their regional competition. All team members placed in at least one event and Senior Grace Dybing and Sophomore Walker Wroblewski both placed in eight out of ten events. Grace came in first overall in her division, while Walker came in second overall in his. The team’s success qualifies them for the State Finals February 12th and 13th at Purdue University. 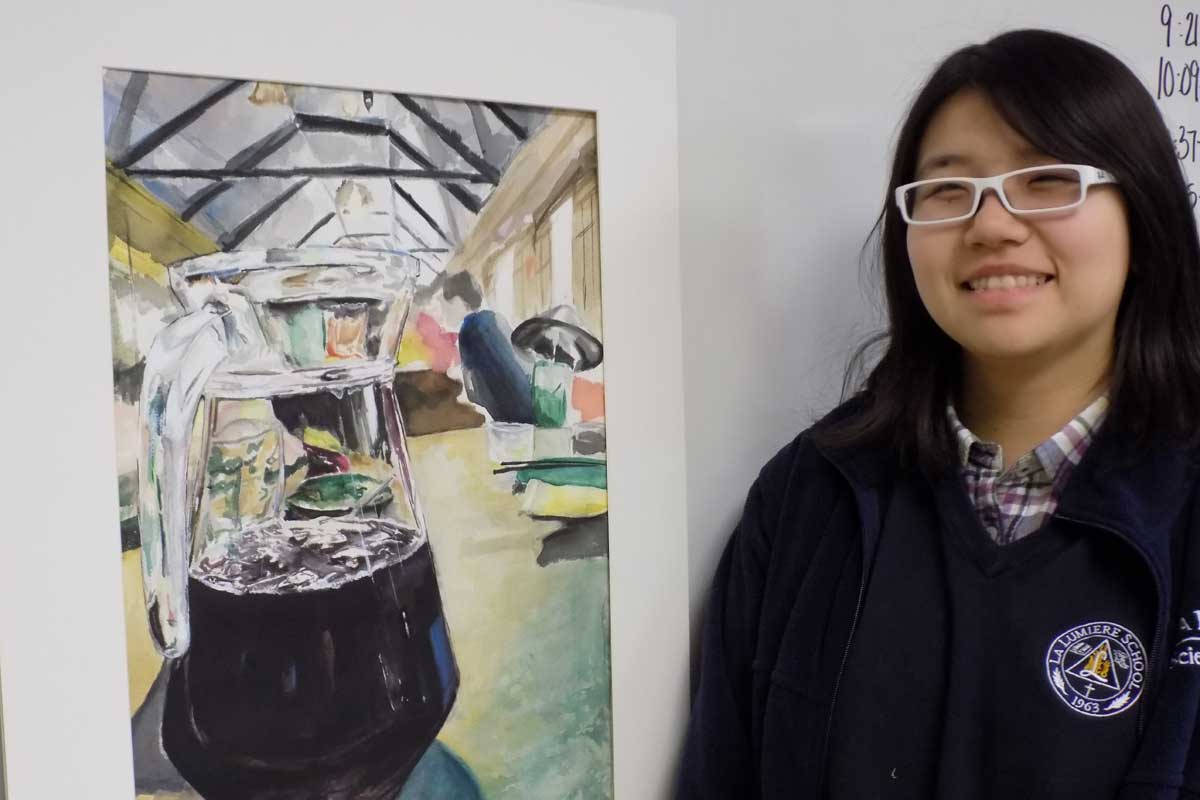 It is hard to say what is La Lumiere’s the most anticipated event of the month, the game against Marquette, Winter Formal, or the annual charity comedy night: Night for Ninos. The annual fundraiser improv event is held February 5th at 7pm in the Fine Arts Building. Admission is free, but donations are encouraged. Nicaraguan coffee and handcrafted jewelry will also be sold at the event. All proceeds raised will go the Fabretto Children’s Foundation, which educates and introduces opportunities to underserved children and families in Nicaragua. La Lumiere students continue to serve as volunteers for the Fabretto Foundation each spring break as they journey to Nicaragua to work on building schools, upkeep maintenance, and bringing joy and happiness to the children of Nicaragua.

Leading into Spring, February is a month of celebrating the arts at La Lumiere. Back in November La Lumiere hosted the annual Poetry and Speech Contest. The event celebrates the art of the poetry and invites the Junior class to write original speeches. Rowena Quinn took first place in the Speech Contest with her original speech “Individuality vs. Isolation”. The Poetry Out Loud Competition was won by Ming Washington who performed the poems “Dancing Exercising” by Amy Clampitt and “to the notebook kid” by Eve L. Ewing. Washington has competed in the school’s Poetry Out Loud competition since her Freshman year when she went to the Indiana State Competition and was awarded 2nd Runner Up. This year after winning she passed the torch to Dany Brooks a Senior who placed 2nd in the schoolwide competition and will represent the school February 11th in Indianapolis at Poetry Out Loud Indiana State Competition. 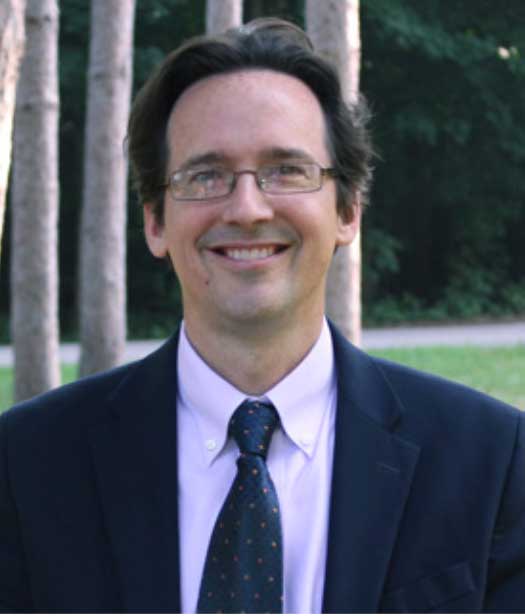 The performing and visual arts are celebrated and encouraged at La Lumiere. This month Drama is putting on a production of Almost, Maine. The episodic play by John Cariani explores love and loss in a mythical town called Almost, Maine. The Drama team has been preparing for the production all winter and are eagerly building sets and finalizing performances for the February 17th and 18th showings in the Fine Arts Building.

Everyone at La Lumiere is singing and celebrating the arts as Spring nears. Everyone is invited to support La Lumiere’s teams of creatives as the Concert Choir, actors and actresses of the upcoming play, Academic Decathlon Team, Improv Group, Poets, Artists and Basketball team all continue crafting their skills and arts at La Lumiere.