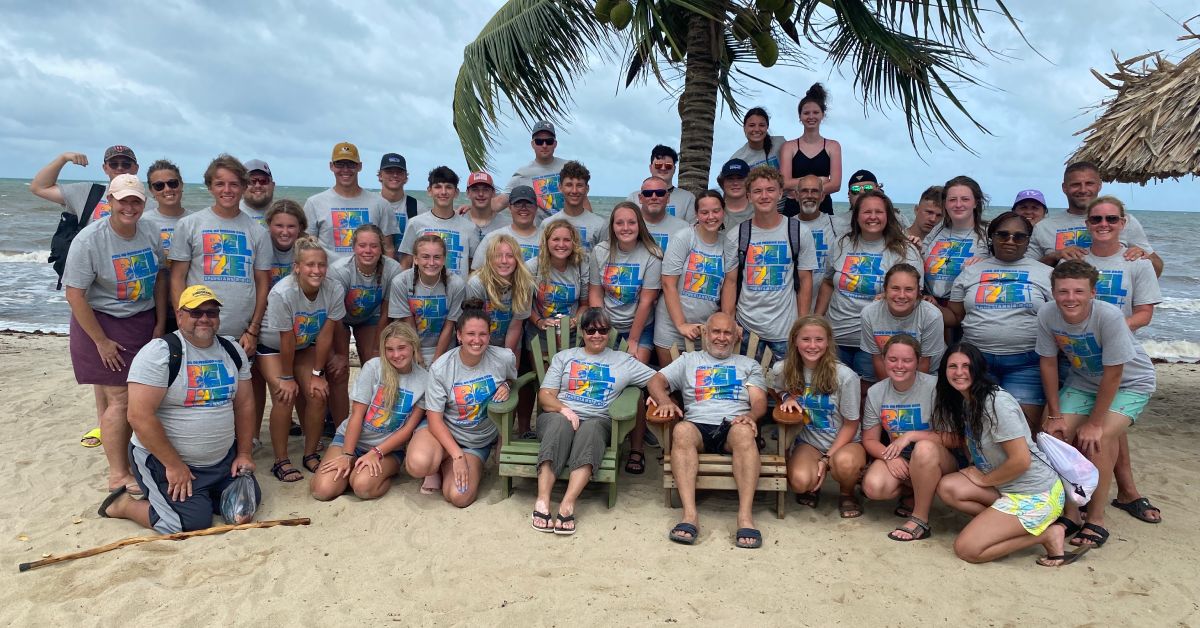 La Porte’s annual lake fest was a big hit. It took place from July 29 to July 31. The weekend started out with a volleyball tournament at the Dunes Event Center. It was followed by a market and street dance on Monroe Street, and music and comedy shows finished off the night.

On July 30 the day started off early with a 5k. While the adults had a volleyball tournament the kids had a fun zone at Unity Park.

The main event of the weekend was the AquaX Jet Ski races. It took place on both Saturday and Sunday from 10 a.m. to 4 p.m.

The Artisan Market was also a huge hit. They had local artists make paintings and personal artworks as well as farm-to-table produce. Additionally, lots of boutiques and small shops made an appearance to add to the fun.

To finish out the night, Breakfast Club and Hairbangers Ball performed an '80s concert at the Dennis F. Smith Amphitheater. In between bands was a firework display over Clear Lake. People gathered around the lake or watched the Venetian Boat Parade.

School is back in session on Wednesday, August 17. La Porte High School (LPHS) is starting a bit later this year as the school corporation started earlier last year.

“I am excited to go back to school, but there is a part of me that is sad it is my last year. I am just trying to get

the most memories out of the time I have left in high school,” Senior Tatum Bumgardner said.

LPHS has gone through a few changes to prepare for the new year. To start, every parking lot was repaved and painted. The F Street lot exit was also expanded so two-way traffic could flow during the end of school.

A second major change is that Dr. Principal Chris Alber has moved positions and Scott Upp has taken his place. Upp is hoping to connect with the students so they can have a successful future and high school experience.

One change Upp has made to the rules at LPHS is changing the clear backpack mandate. Previously, if a student wanted to carry a backpack it had to be clear. Now, regular backpacks are acceptable with the exchange that lanyards will be mandatorily worn at all times.

“I feel like it will help me become more organized. I will be using my locker less which saves me time in between passing periods and will make me more efficient,” Junior Lukas Wichlas said.

Pastor Ryan Shockey is changing lives all over the world. Shockey has been a youth pastor for 25 years. He currently preaches at the First Church of God in La Porte.

Shockey is one of many in charge of planning the mission trips for the church each year. Ever since 2016, the church gone to Belize. Though in 2020, the church was not able to go because the border was closed, but luckily was still able to send supplies.

Groups can range anywhere from 20 people to 45. The trip is split into two weeks. The first week is designated for high school and college students while the second week is open to anybody in the church. The first week usually has around 40 people and the max amount is around 45. The second week is typically a smaller group of around 20, though it can reach up to 40.

With these large numbers, a lot of work can be completed in a short amount of time. The church committed to completing three churches and one house for a local missionary. This goal was completed this past year. However, most people in Belize do not have access to transportation so they cannot go to church at all.

“We are continuing to go back so there are churches in every village. Our churches also double in many cases as hurricane shelters because we build them as such. We keep going back because there is still more work to be done, and still more need in the region,” Shockey said.

Though some work on construction sites, some work at Vacation Bible School (VBS) with the children. VBS consists of dances, songs, games, and bonding activities all to teach children about Jesus.

This year other churches such as Door Village Church and Journey Church joined and were able to bond and make relationships with not just the Belizeans, but the others on the trip as well.

It doesn’t matter if you are doing VBS or construction, you are still given opportunities that aren’t usually given in the United States.

“I love seeing teenagers serve to their fullest capacity. We start with a group of people that might not know each other so well, and when we get back there are deep relationships that never would have happened otherwise. Because we have gone there for so many years, we have relationships there that matter. The people are more important than the projects. They are family,” Shockey said.