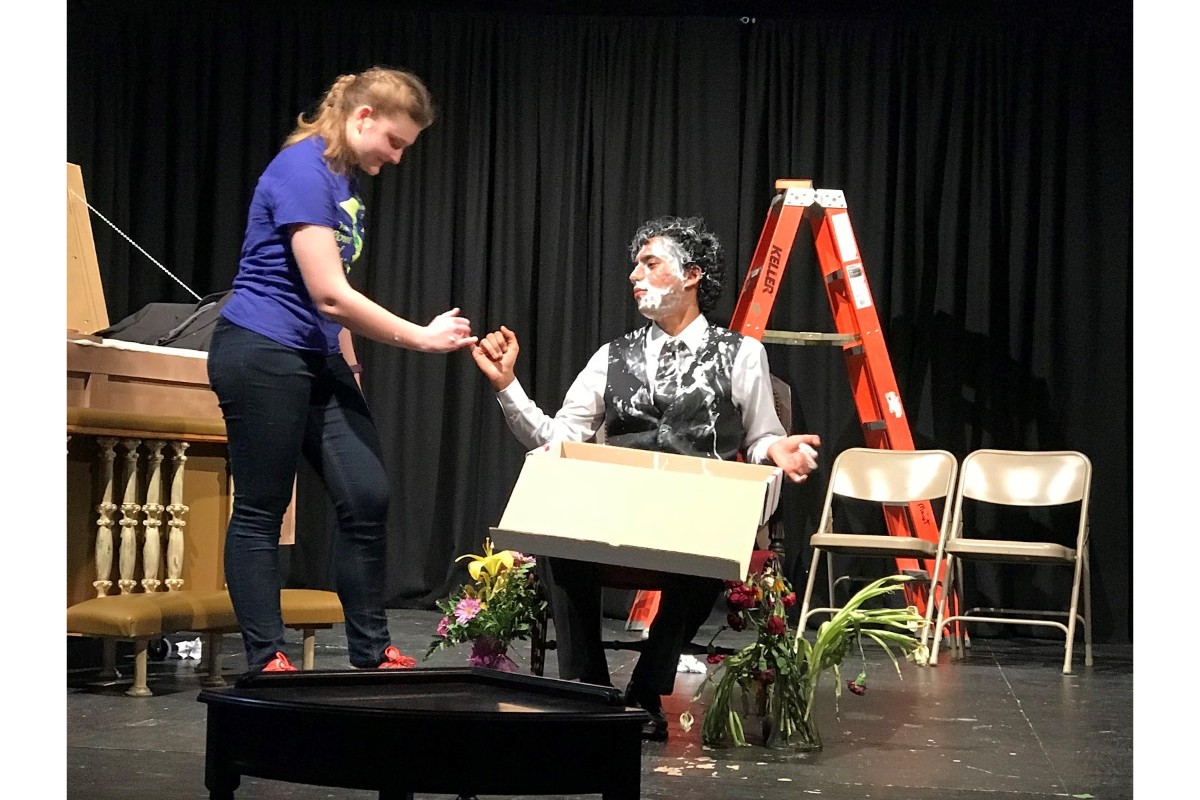 Breaking Legs...and Everything Else

The La Lumiere High School Drama program recently put on their two-night production of the play “Parlor Games” by James Wall. This was a two-act play written by the director in the group of ten students. It was a comical farce centered on hijinks taking place in one of the most unusual places: a funeral parlor.

There were many exciting and quite hilarious moments, not all of which were included in the script! This included breaking a vase on stage and breaking a coffin, both of which the actors managed to play off so well that the audience actually thought it was intended.

The actors all loved the opportunity to showcase a different personality. Some see acting as a form of escape from the freezing cold of Indiana and they really love the support the student body shows. 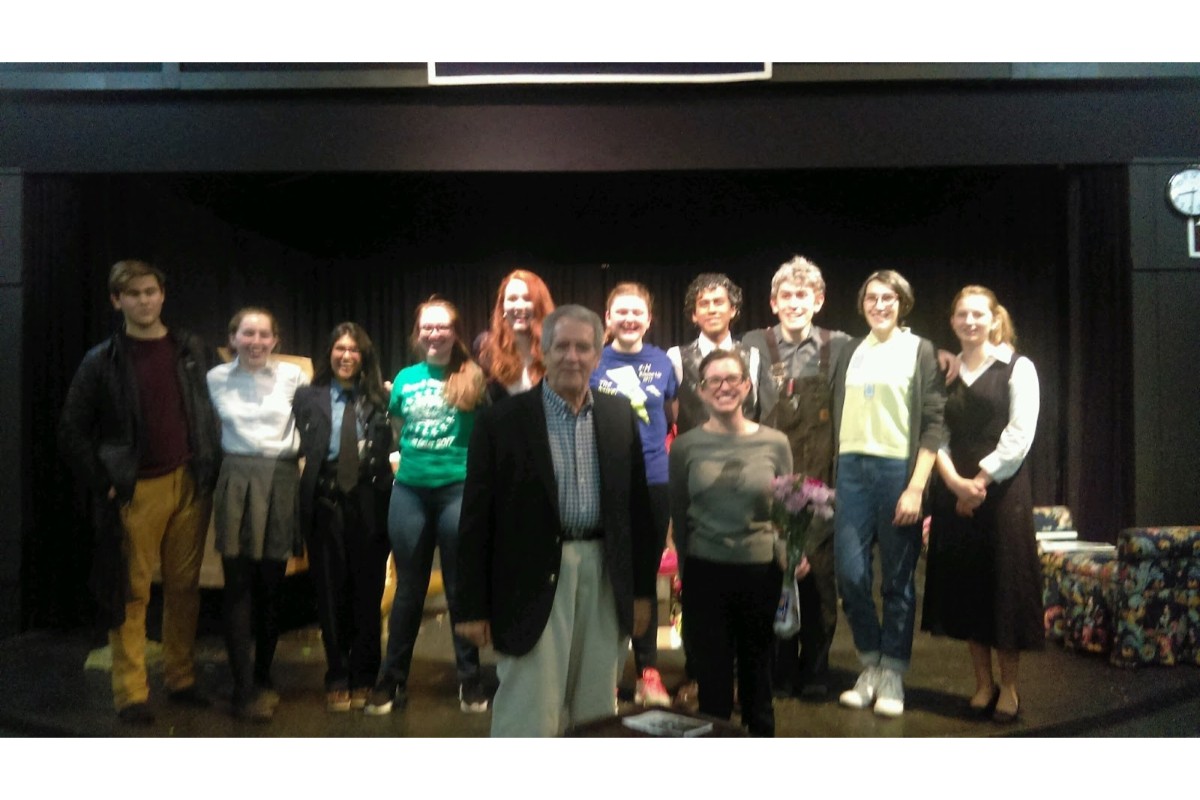 At the end of the performance, the seniors got to continue an age-old tradition and sign the wall, or in this case floor, of the small props closet. They found signatures that went back to 1998, showing twenty years of this tradition carrying on. The walls were so full of sage advice and scribbles that this year’s four seniors had to leave their mark on the school in the doorway on the floor. This was an extremely fun and exciting production that the La Lumiere community was able to partake in!

The Bookstore is Open 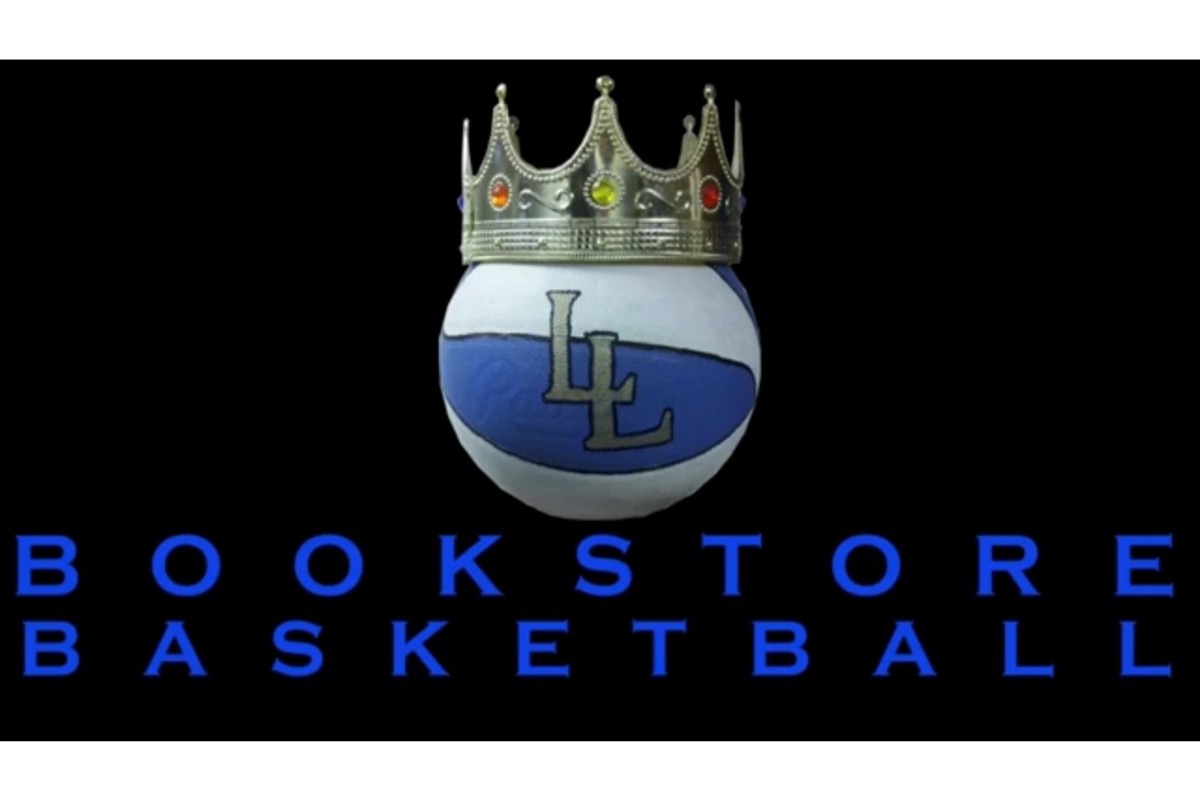 Those words strike fear into the heart of everyone who knows how to play basketball, and energy and excitement into the rest of La Lumiere’s campus. An extremely amateur three-on-three basketball tournament, Bookstore Basketball is one of the traditions at La Lumiere that everyone loves and the only place where there is a teacher dressed in a ladybug costume pretending to play basketball.

Whether playing, dressing up in strange costumes, or laughing at the game reports and hilarious air balls, each person on campus enjoys these weeks of frivolity. This year, there are 42 teams. 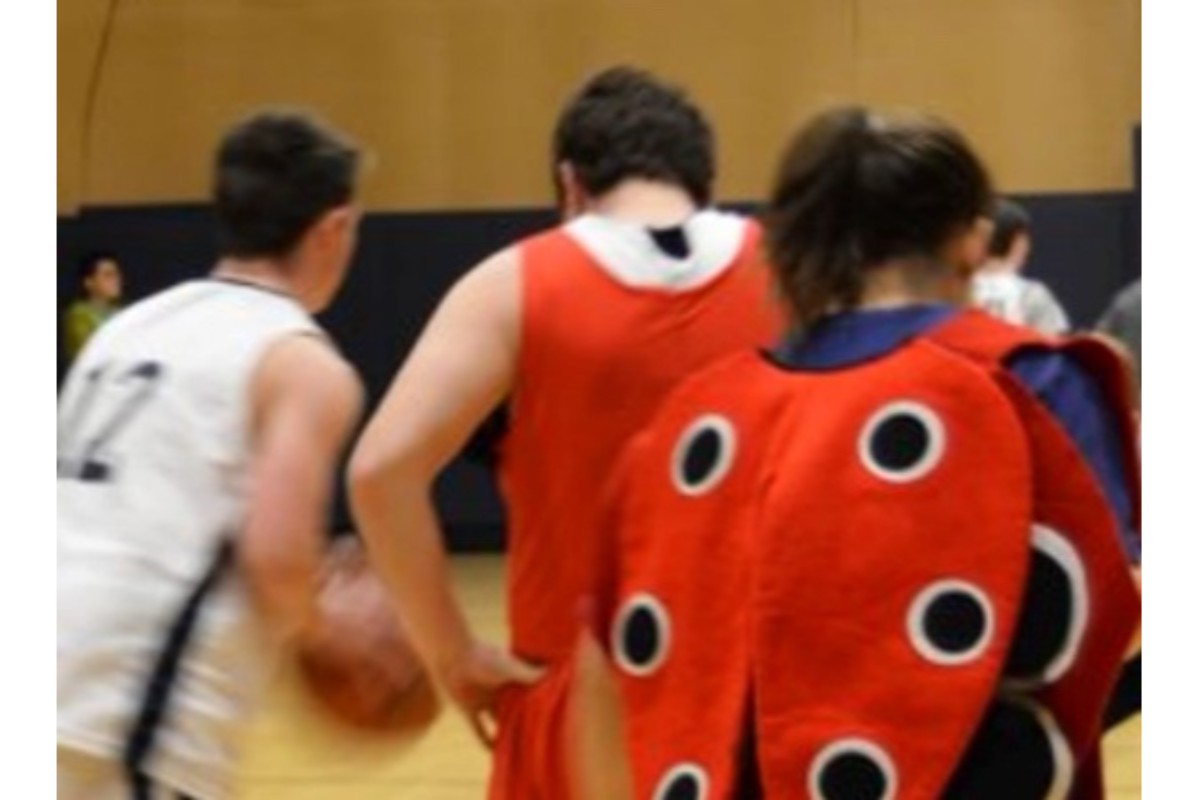 The week before Spring Break was the regular season, although it is anything but regular! Each team sports a fun name like “Cronk that Soulja Boy” and “Tom, The Bomb," and "Soccer Mom,” often including inside jokes within their team names.

All of the teams played two games, and right before spring break, the 32 highest-ranked teams were declared to enter a tournament play. In the end, one team will reign supreme, and each group of students and faculty dreams that this will be their year to proudly wear the Bookstore crown! So, beware, for the Bookstore is open! 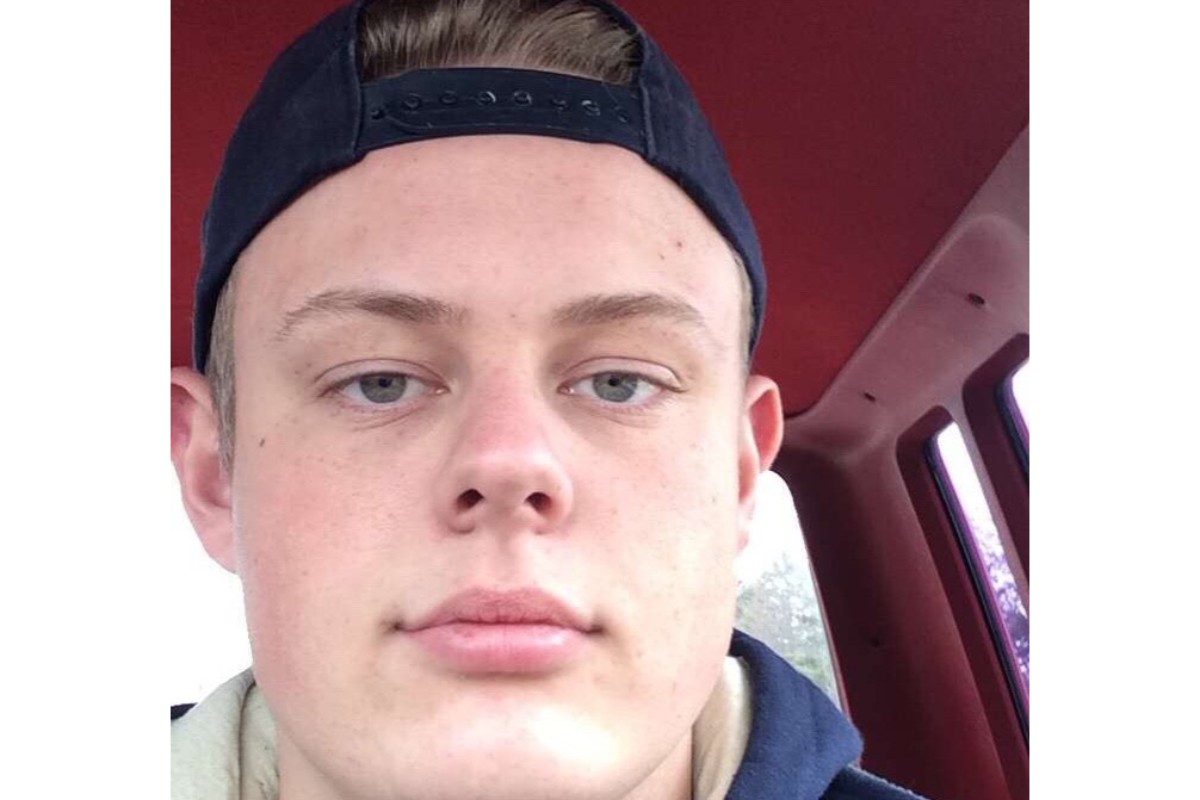 A sophomore from Denmark, Mike Pedersen is loving life at La Lu. He quickly joined the football team and made a lot of friends within the group, already planning to play lacrosse with many of the same guys.

In addition to crushing it at sports, Pedersen really enjoys learning, his favorite class being Algebra 2 with Mr. Earles.

“Math just makes sense,” Pedersen said. He mentioned that in math there is always an answer that is right and one that is wrong, unlike a subject like English with many possible answers and interpretations.

He still appreciates the English language though, and is noting the benefits of an American school. Speaking just one language at La Lu is great for his communication between classmates and teachers.

Pedersen discussed a sentiment that many students have felt through the years: that La Lu is not only a school but a close knit family, being as you live with your classmates. He really likes this aspect of school, something he never got in classes in Denmark. This journey to La Lumiere has been amazing for him as he is very clever, and is excited to see where this takes him.

The Smiling Face of the School 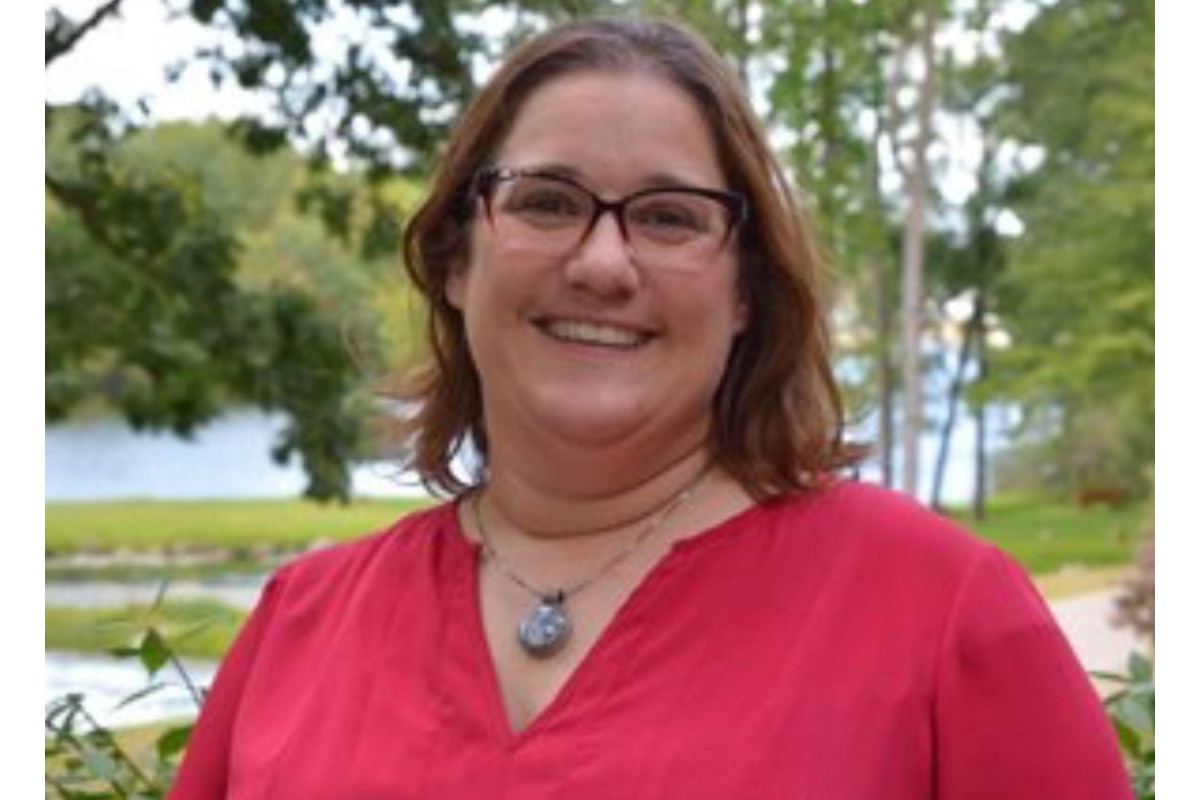 When someone comes to La Lumiere’s Main Office, they have the pleasure of being greeted by the friendly face of Mrs. Michelle Funderburg, the main office coordinator and mother of three who is always willing to share a smile. Mrs. Funderburg has been at La Lumiere for a while now, and really enjoys the community. She feels that the students can relate with the teachers and faculty more than they could at a public school, which is something she values. It creates a strong sense of family, especially for Mrs. Funderburg.

Logan, a junior, and Quentin, a freshman are Mrs. Funderburg’s two oldest children. She clearly loves the school a lot, as she is willing to send her kids to La Lu for the betterment of their education.

She loves her kids a lot, as all mothers do, but maybe more so than most, as she has a tattoo on her ankle of her younger son’s artwork – this type of motherly touch is appreciated in the main office. Students often go there to check out or visit on weekends and having someone to be kind and warm is always nice when returning to school after being home. Mrs. Funderburg’s a loving smile can go a long way on a cold winter's day.