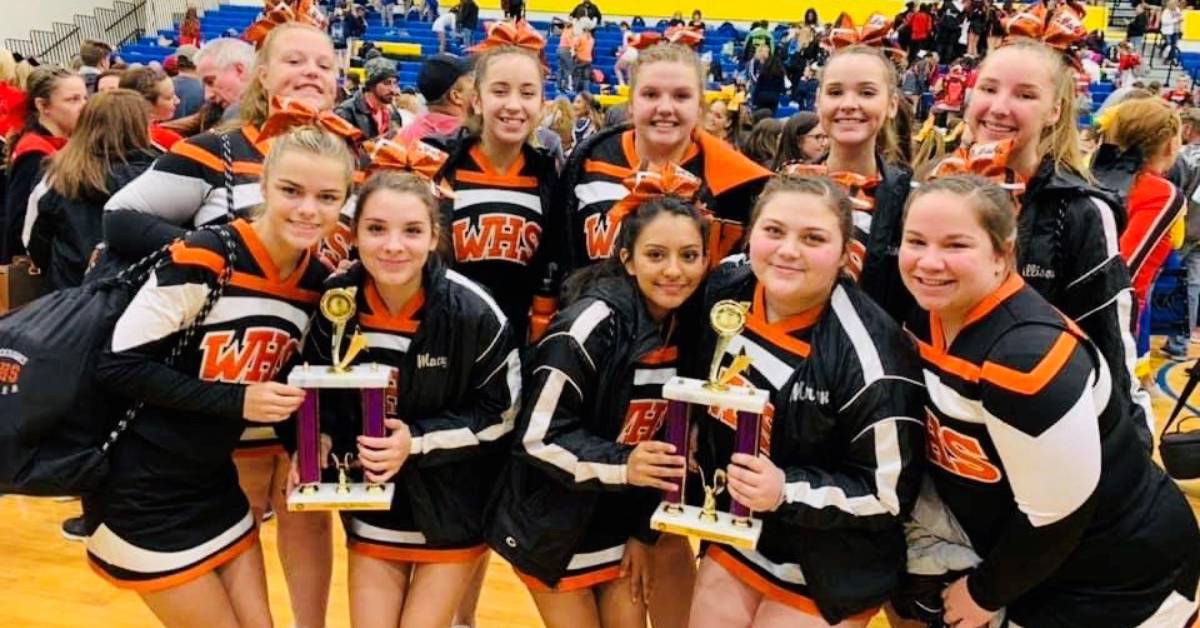 Everyone’s favorite time of the year is here! The month of November is a lively and joyous time for the Westville community.

On November 2, the enthusiastic Spanish club, lead by Señor Gerolium, celebrated Day of the Dead by making sugar skulls, visiting the Dia De Los Muertos Museum and dining at the restaurant El Salto for some authentic and traditional Hispanic cuisine.

The cheer team also had its Indiana Cheer Championship that same Saturday. The occasion took place in Greenwood Indiana, and lots of Blackhawk families were there to show their support. The cheerleaders tumbled their way through the event with pride, as they received zero deductions for their stunts and entire performance. The cheerleaders all say that they are all excited for their upcoming season and first game, which starts on November 14.

Theater teacher Mrs. Sharpe, and English teacher Mrs. Wagner are starting an academic Super Bowl club at Westville High. The club will offer special teams to compete at a tournament in March. Each academic team will meet with their team leader and test their knowledge over the Roaring 20s against other schools at PNW. The club welcomes all students who value the practice of learning and competing.

The National Honor Society is having a scholarship fundraiser to benefit members. The organization is selling butter braids, which come in a variety of flavors. They are selling until November 18 shipments will come in by December 5, just in time for the Holiday season.

November’s student spotlight goes out to Westville Blackhawk Junior Carlin Young. Young is a clever and dutiful student here at Westville. His favorite subject to learn is history with Mr. McMahon.

He works hard on academics, and on his favorite sport, basketball. Young already has earned his varsity letter in the sport during his sophomore year. His love for the game started at just 3 years old and Young has been playing ever since. His favorite team in the NBA is the Houston Rockets, which also includes his favorite team player, Russell Westbrook. Young’s hopes to continue playing basketball until college.

Outside of basketball, Young enjoys cooking, eating, playing video games, listening to music, watching classic movies, and the newest anime. His favorite is the 1986 fantasy/action film “Big Trouble in Little China.” Young also appreciates his ability to express his individuality through his unique clothing and fashion sense.

This month’s teacher spotlight goes out to Mrs. Sharpe, who has been teaching at Westville Schools for four years. She teaches 5th and 6th grade, middle school and high school band. Sharpe additionally teaches high school music appreciation and theater. This year she and the theater class are putting on the production “The Customer is Always Wrong.” The theater club also puts on a musical every year. This year it happens to a favorite of many, “Beauty and the Beast.”

With the help of students and other notable contributors, Sharpe creates all of her own prop pieces and costumes. Many students and teachers note that Sharpe is a great entertainer with a bubbly personality.

Outside of teaching, Sharpe dabbles in theater arts as well. She has performed in many plays and musicals, including: “Shrek The Musical” and “Legally Blonde,” and even won an award for best-featured actress in a play for Northern Indiana Excellence in Theatre Foundation called “Boeing Boeing.” Her favorite musical is the classic “West Side Story.”

Sharpe’s favorite things about Westville are the students and the connections she makes with them.

“They keep me on my toes, and I can always count on them to update me on the newest trends,” she said.