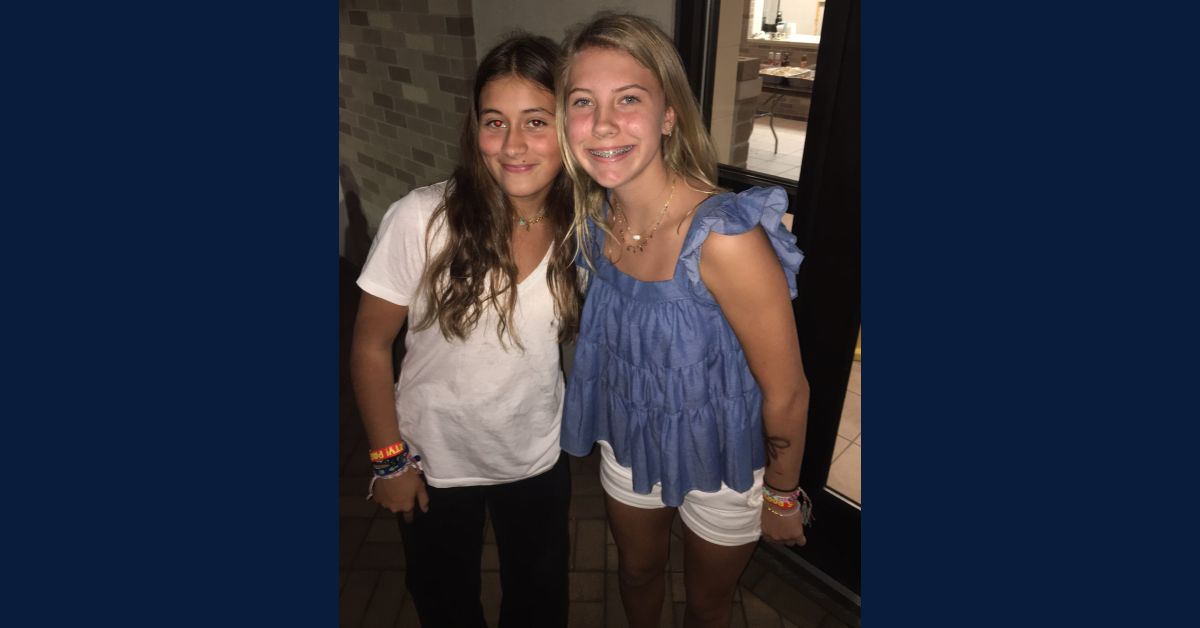 Every year, Marquette Catholic High School hosts its annual block party for fundraising and helping new students meet other students. Most importantly, it’s a fun event for all.

This year was even better than last! Marquette really outdid itself this year with a buffet, a live concert from a local band, face painting, portraits, and many more exciting activities. This block party exceeded expectations.

The band that performed at the block party this year was The Student Body, an exciting local band who played many pop songs with their own twang.

The event started at 5 p.m. with a school open house and introductory speech given by Principal Casey Martin for new students and parents. At 6 p.m. is when the real party started, and from there the fun went late into the night.

Many students volunteered to help out around too. Many offered to do the face painting for kids, supply athletic gear to play sports, and help cater the buffet. It was a great community bonding experience, one which strengthens the community and helps give new students a taste of what Marquette Catholic is like each year.

The Welcome Back mass is coming up soon! Martin specifically is looking forward to this because of the new bishop of the diocese.

“His legacy will endure for generations,” Martin said.

It is exciting for Marquette to welcome the new bishop, McClory, to the diocese, community, and school. It is assured that he will hold Melczek’s legacy up to standard and leave a great impact on the community.

Marquette intends to maintain the formal uniform policy for this mass and all upcoming masses this year. However, they also intend to introduce some new changes to enrich the mass experience for students. Such enrichments will include a shortened bell schedule, making classes shorter, and the school day shorter as well. This is exciting news for both students and staff.

Caleb Sheets is one of Marquette Catholic’s new teachers. Sheets has joined the science department to teach environmental, earth space, and astronomical science.

While he may be a new face in the teaching department, he is not new to the building. Sheets attended Marquette and graduated in the class of 2018, going on to study Spanish and K-12 education. His Spanish major might not make sense with his science teachings, and while he did initially intend to teach Spanish, he’s more than excited to be teaching the classes.

“It’s everything I expected. Lesson planning and preparing material is hard, but I enjoy my job a lot. The first year is always the hardest,” Sheets said.

During his time at Marquette, he used to run cross-country, a hobby that he still holds today. He runs every morning before school. On top of all this work he has cut out for him Sheets also works as a server at a local pizza place, Stop 50.

One might wonder how he works so much and wakes up early every morning to go on runs. Sheets' secret recipe for success is coffee. He loves coffee and makes sure everyone knows it. His favorite coffee is a brown sugar cinnamon latte, a drink he lets his students know that they can buy him any time.

Sheets is excited to return to Marquette this year as a teacher to experience the famed Armageddon Games and Catholic Schools Week from a teacher's perspective, but every day is a new adventure for him.

Augustus Smith is a student going into his senior year of high school, a year which he has very exciting plans for.

Smith has already become captain of the soccer team after spending the off season playing with a very high level club team, Three Lions United. He’s led the team to a rocky start, but the team seems more collected than ever despite its tough schedule.

On top of this, Smith is also running for secretary. He hopes to change the entire role of secretary with his sarcastic question.

“What does a secretary do?” Smith asks.

He wishes to make a lasting impact with this role.

“I don’t want this position to just be something that passes by and makes no change,” Smith said.

Smith has also started a band with his little sister, the Giant Googly Eyes. They just released an album that he has been more than thrilled about. Smith has always had a passion for music and hopes to teach his sister a little bit about what he knows.

“Growing up I always wished that I had someone to teach me how to play piano and how to write music. I want to be that person for her. I really hope that she grows up to love music just as much as I do,” Smith said.

Smith has found a lot of leadership in his life at home, at school, and on the soccer field. While he is unsure about what exactly he wants to do after high school, he is sure that he wants to help and lead people in his future.