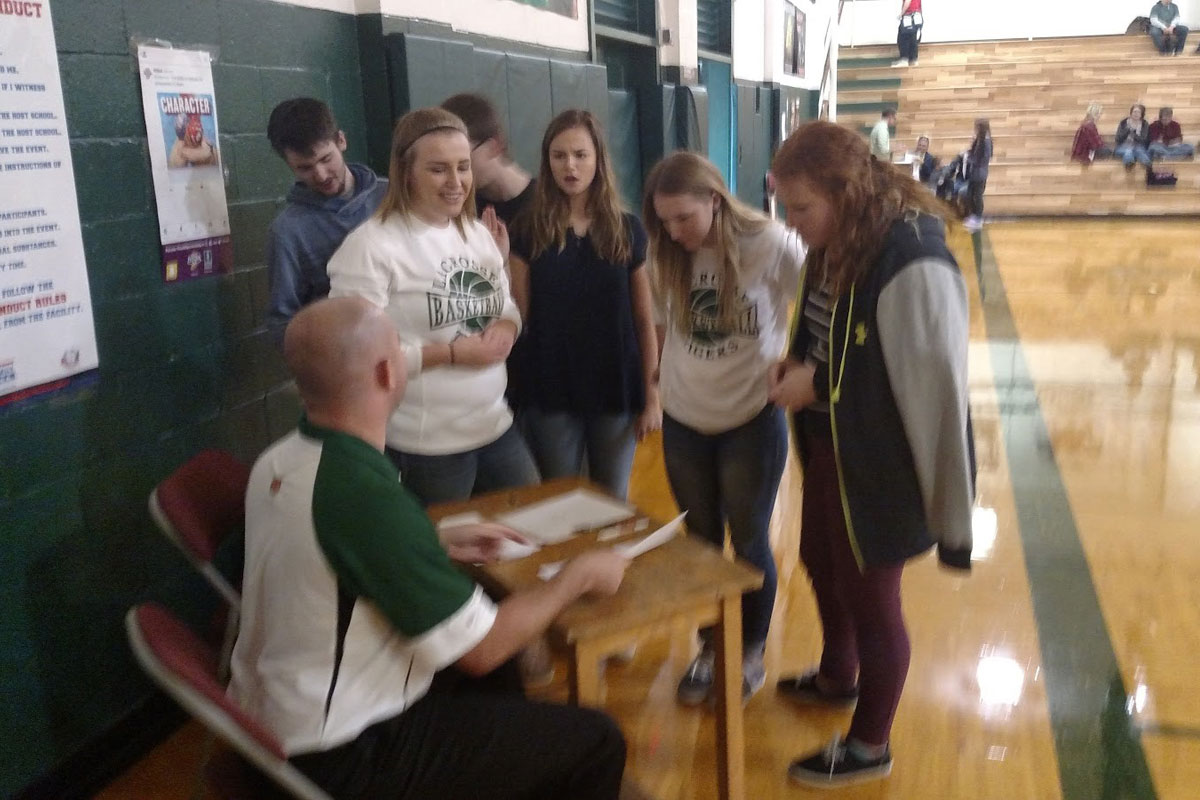 Election Season, Tiger Team-Up, and Veteran’s Day: Around LaCrosse
LaCrosse had a mock-election on November 7th. It was run by the government, economics and business teacher Mr. McMahan. Every student who “registered” would receive a thick paper Voter Registration Card. The votes for president matched up closely with how the actual election played out: Donald Trump had something around 53% of the vote, while Hillary Clinton was close behind with 45% of votes. The rest of the votes were composed of third-party candidate Gary Johnson, and surprise appearances by Bernie Sanders and Bill Nye the Science Guy.

Every year, LaCrosse takes a day out of the Wanatah 8th grader’s schedule, and allows them to shadow a high school student. This year, “Tiger Team-Up Day” occurred on Friday, November 18th. The students were placed with freshmen and sophomores that they share similar interests with, with the hopes that the 8th graders will start school already knowing someone. They follow them around to each class, getting to meet the teachers and see how they operate their classroom.

Wanatah School puts on a special program for Veteran’s Day, and this year they invited the LaCrosse High School to watch, along with the entire community and members of the American Legion Post 403. The program included a posting of the colors and a special recitation or song from each grade. The middle and high school choirs joined together to sing “Star Spangled Banner” and “God Bless America.” Wanatah Principal Mrs. Detering also read President Obama’s Veteran’s Day Proclamation. 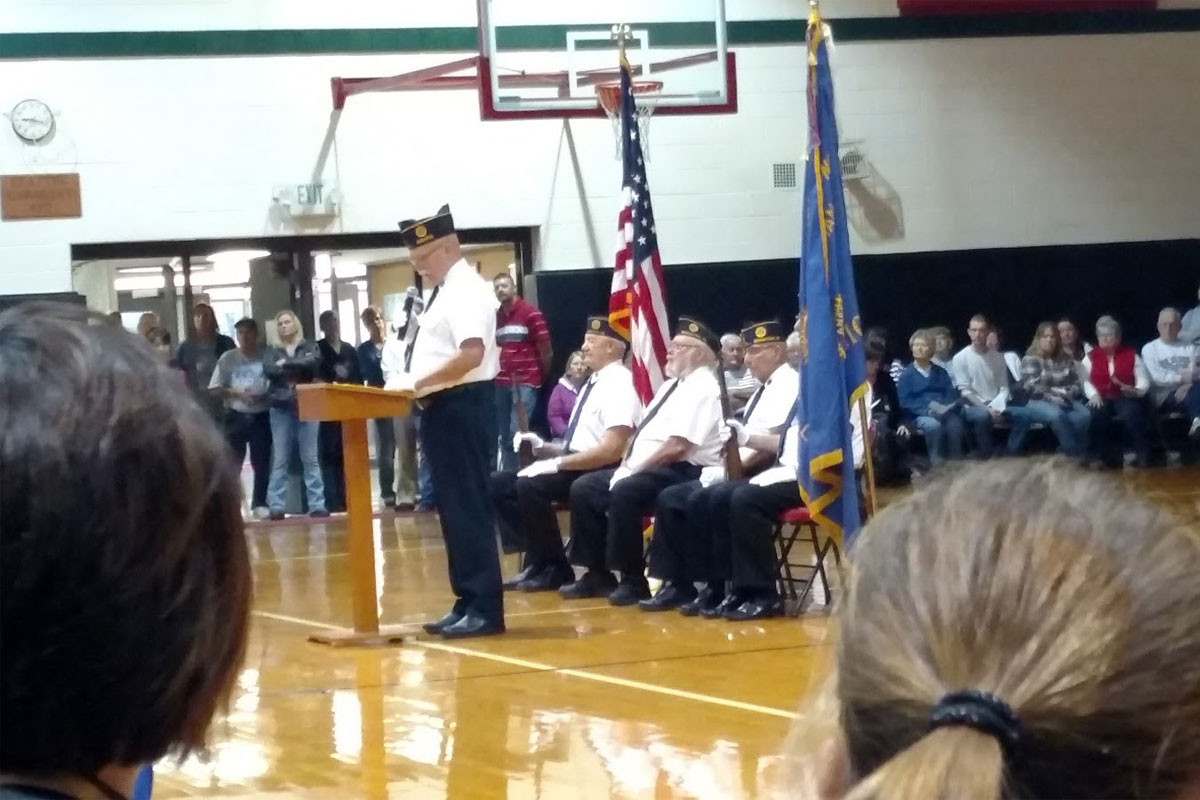 Coming Up: Homecoming, Santa’s Sitters, and the Christmas Concert
November 28th kicks off homecoming week. During this week, students participate in spirit days such as Pajama Monday and Crazy Socks Thursday in buildup for the big game. Along with getting everyone hyped up and excited to show a little school spirit for their team, each class gets the task of designing a banner based on the theme.

This year’s theme is LaCrosse’s Got Game and centers around board games. Each class will have to work together in that week to complete and hang their banners in the gymnasium, with the winning banner receiving points towards their class. The points add a layer of friendly class competition. The banners normally feature something relating to the theme, a witty slogan, and LaCrosse and the rival school’s colors. This year, LaCrosse plays against Westville. They play on December 2rd.

On December 11th, the LaCrosse High School Honor’s Society is hosting a night of fun and games for Wanatah students in kindergarten through sixth grade. There will be crafts, games, and a movie, and it is completely free. It will go from one to five. The forms to participate were sent out November 18th with every child. Contact information for any questions are also on the form.

Lastly, the Christmas concert will be on December 12th. The high and middle school band and choir have been working tirelessly, making sure that your favorite songs of the holidays sound as lovely as you remember them. It is sure to be a cheery night for all. 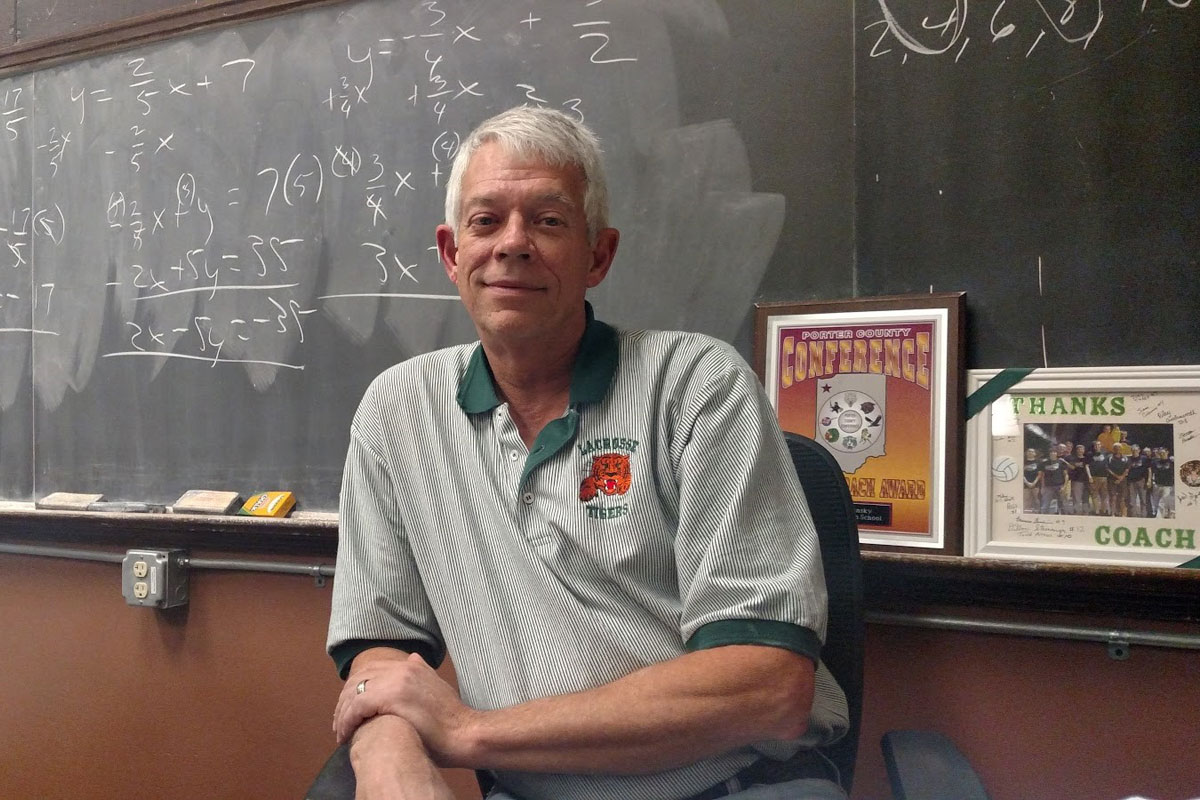 Teacher Spotlight: Mr. Roslansky
Mr. Roslansky is often the first teacher new students will meet upon their arrival. He has been teaching for thirty-seven years, so he’s no stranger to the job. He teaches all of the math classes that you need in high school: Algebra, Geometry, Trigonometry, Algebra II, and Precalculus.

The best way to fully benefit from his class is to be actively engaged in the learning material; that means asking questions and studying hard. Mr. Roslansky is there to give you a hand if you need it, but he’s not going to hold it all the way. As you get into the more advanced classes, you will be expected to take them as seriously as a college course. This teaches the students a valuable work ethic that they will need for college and in the workplace.

His favorite class to teach is precalculus, because “It is challenging [for students] to understand, and helping them is worth it.” He hopes that, after taking his math courses, students will get “a sense of feeling successful, and the ability to be successful in other math classes further down the road.”

Along with being the school’s sole math teacher, he coaches the LaCrosse boys volleyball team and instructs the LaCrosse Driver’s Ed Program with Mr. Thompson. He decided to coach the team because he was on the 1980’s volleyball team at Indiana University. He hopes to push his students to think independently. Work hard, be curious, and you’ll find you are smarter than you thought. 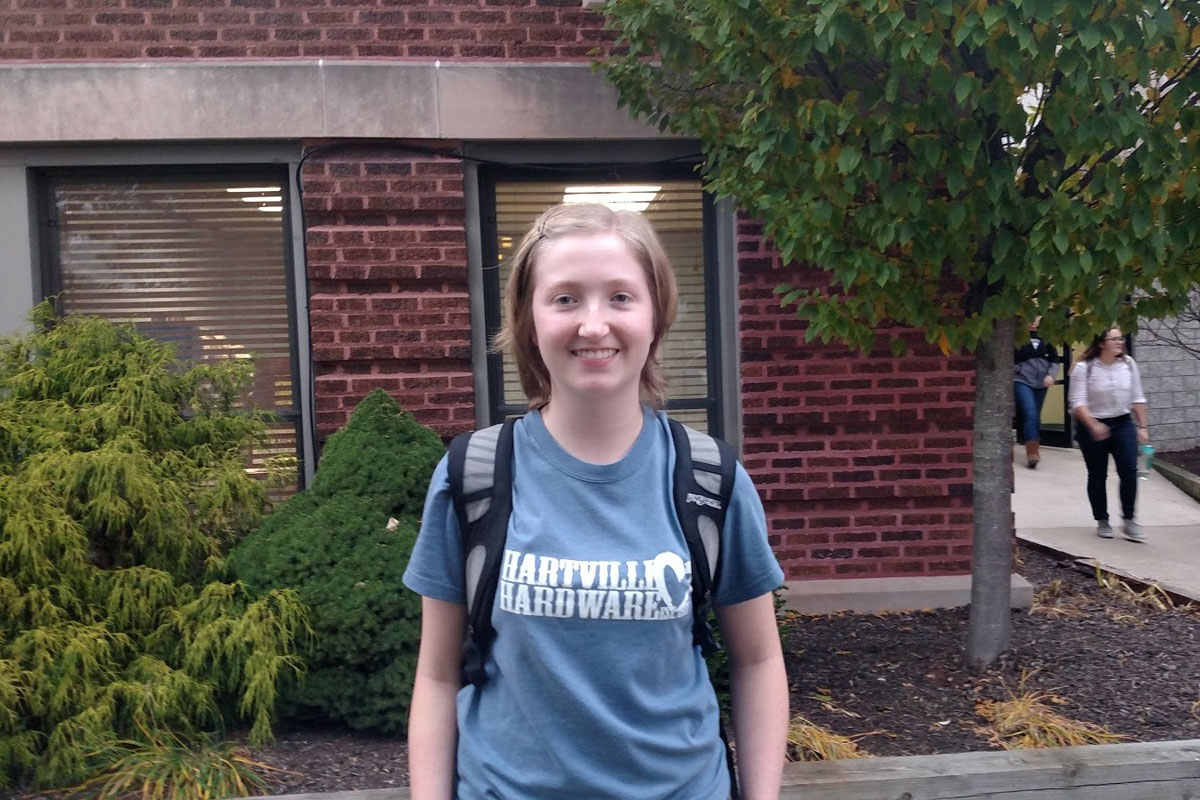 Student Spotlight: Natalie Vernon
Ask anyone in the junior class who the smartest student is, and they will probably point to Natalie. She has lived in LaCrosse her whole life and was the last of LaCrosse’s elementary class before they combined with Wanatah Public School and ultimately removed the elementary altogether. She spent her middle school and junior high years at Wanatah before coming back for high school.

She enjoys LaCrosse for its “family attitude, and lots of one-one-one time with the teachers.” Although reserved, she’s a friendly, helpful individual who isn’t afraid to search for answers.

Natalie is involved with many clubs and groups. She is the secretary of the Student Council, a member of the golf team, Future Farmers of America (FFA), LaCrosse High School Honor’s Society, homecoming and prom committees, a dedicated teammate on LaCrosse’s science and fine arts Academic Super Bowl teams, and she also dances with the poms group at halftime at home basketball games.

Her participation in Academic Super Bowl last year helped the fine arts team score fourth place at the state level competition. Her favorite class is band. “I’ve been playing the flute since fourth grade,” she said, “I have a lot of fun there.”

Outside of school she continues to remain active. She plays flute in the United Methodist Church band and has music lessons every week. After high school she plans to attend Valparaiso University to study meteorology. She’s hopeful for the future and plans to keep working hard to achieve her dreams.