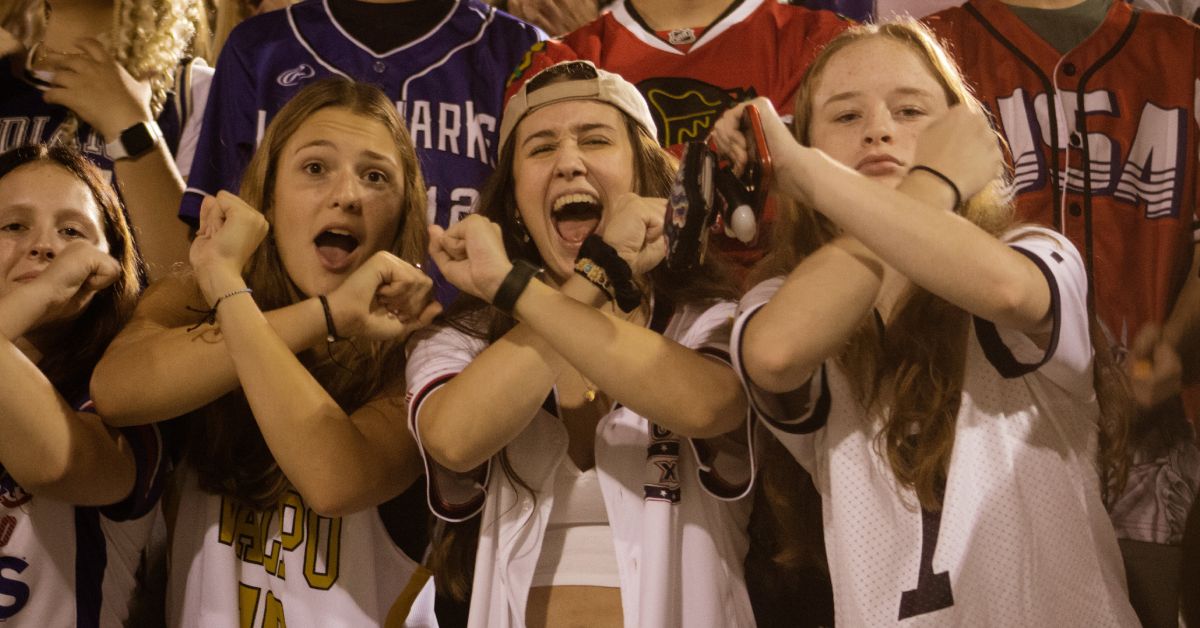 Temperatures are dropping, the air cooling off, and leaves changing from bright green to oranges and reds. This new atmosphere can only mean one thing: fall is coming.

With the start of fall comes the beginning of all fall activities, scary movies, pumpkin patches, sweater weather, Halloween, and Friday night football.

At Michigan City High School (MCHS) football isn’t just an event, it's a lifestyle. Parents, teachers, adult fans, and the student body show up to cheer on the Wolves, but it’s not just MCHS students who show up to support. Students from surrounding schools show up Friday night to sit in the wolves' den and cheer on the team.

The Wolves have a strong offense this year, led by team captains Jaden Hart, Tyler Bush, Owen Davidson, Emarion Hodgson, Chastin Beckette, Malkiyel Woodard, and Mchale Pahl. Despite a rocky start, everyone is optimistic that the team will turn this season around after having gotten some of their most difficult games out of the way. Win or lose, Michigan City students always find a way to have fun, regardless of their competitive nature.

Girls volleyball is having a large turnaround this school year. The Lady Wolves have already beaten last year’s record. School spirit has also grown immensely this year regarding volleyball. More students than ever have been showing up to the home games to cheer on the Lady Wolves.

Most recently, the many clubs at Michigan City have gotten together to discuss homecoming candidates that will represent each club as well as create banners that will be carried in the infamous homecoming parade.

Homecoming is around the corner at MCHS, which means a lot of different things are coming up surrounding the big event.

The week will start off with spirit week on October 3, where the students and staff will be able to dress up to the themes previously discussed and decided by the student council. Later that week, there will tentatively be class Olympics when the different classes will battle for the spirit stick.

Friday will be jam-packed with activities, MCHS students are hopeful to have a pep rally this year to boost the school's morale. Later in the afternoon, the homecoming parade will commence where all MCHS fans gather to watch the homecoming queen candidates make their way to Ames field.

The homecoming game will begin at 7 p.m., at which time the Michigan City Wolves will take on their rivals, the La Porte Slicers.

At MCHS, it takes a lot of staff and individuals to ensure that the school days run smoothly. One of the most crucial members who makes certain that the school year goes off without a hitch is Joyce Westphal.

Westphal is the principal's secretary here at MCHS, and with four principals, her plate is often overflowing with things to do. From organizing substitutes for different classrooms to arranging graduation for the senior class, she really does it all.

As one of the staff members that has been at MCHS the longest, she's experienced quite a few different roles.

One of the biggest changes that Westphal has noticed is her day-to-day interaction with the students.

MCHS is hoping to boost school spirit and morale this year since the COVID-19 pandemic took a toll on the city and MCHS community. Westphal is a big believer in uniting the school.

“We all as a faculty have to work at that to get that back. We need to have a pep session. I have always felt that if we’re not all together, how can you expect us to all get this, staff included? We need that. We need somebody yelling ‘Go Wolves,’” Westphal said.

Westphal truly loves her job. She feels there is never a day when she simply doesn't want to come to work. She may be tired some days, but her love of MCHS never wavers. This is what encourages her to come and support the big family she loves so much.

Being a part of a team sport is like being a part of a family at MCHS. So much camaraderie and friendship is built in the span of months. You spend so much time with your teammates that you begin to know them better than anyone else. This has been the experience of the sister duo and soccer team captains Sofia Piazzisi and Erin Piazzisi.

The Piazzisi sisters have both been participating in soccer from very young ages; Sofia Piazzisi at four years old and Erin Piazzisi at three years old. From then being practically toddlers to now, a senior and junior in high school, they have always played soccer together.

Not being on the same team was rare for them and has only happened twice. It happened once on one of their club teams, then again later when Sofia Piazzisi was a freshman at MCHS and Erin Piazzisi was in eighth grade.

After having been together for so long it was strange for them to be apart, playing on different teams.

“I had always had somebody. Going into a new team, I always had one person I knew because it was my sister, so I remember I would freak out before every practice. There were some practices I wouldn't even go to because I would get so much anxiety,” said Erin Piazzisi.

Being captains of the girls soccer team, along with their other team captains Paige Lindfors and Chloe Jensen, can very much be difficult at times, but is also a very rewarding experience.

“Sometimes we do get angry at each other because we’re both headstrong, but most of the time, I feel like we work pretty well together,” said Sofia Piazzisi.

Having a sister on the field with you at all times can be such a blessing. With Sofia Piazzisi as a central defensive mid and striker and Erin Piazzisi as center defense, they’re often within yelling distance. They are able to see what the other might not and work together better to defend the goal.

As team captains, their goal is to keep the team spirit up by sticking together, being positive, and sharing kind messages with the team whenever needed they hope to boost team morale.

Some of their best moments were during their two-a-day practices at the closing of summer break. They would have an early morning practice at 7 a.m., and another practice later in the day. Regardless of how tough these practices were, in the end, they always knew it was worth it.

Having a sister to count on throughout the difficult times relieved the Piazzisi sisters of much stress and pressure.

“We know what the other one will go through because we experience it together,” said Sofia Piazzisi.

This year has been a rebuilding year for the girls soccer team. Stress has been higher for everyone on the team, coaches included. In the previous year, the girls lost approximately 17 seniors, wiping out a large portion of their team. This year the girls will lose 14 seniors. Although the road ahead is not certain, the Lady Wolves will persevere, regroup, and redevelop to come out on top in the future.

Other than soccer Sofia Piazzisi and Erin Piazzisi both participate in diving, Spanish club, and helping hands club, a club at MCHS devoted to building humanitarians.

“Basically, we share almost all of our activities just because we’re so close in age. I don’t think we’ve ever really done anything different,” said Erin Piazzisi.

With Sofia Piazzisi going on to college next year, this will be her and Erin Piazzisi's final year participating in their joint activities. Although this is the end of an era, a new one is surely coming for the iconic sister duo in the near future.