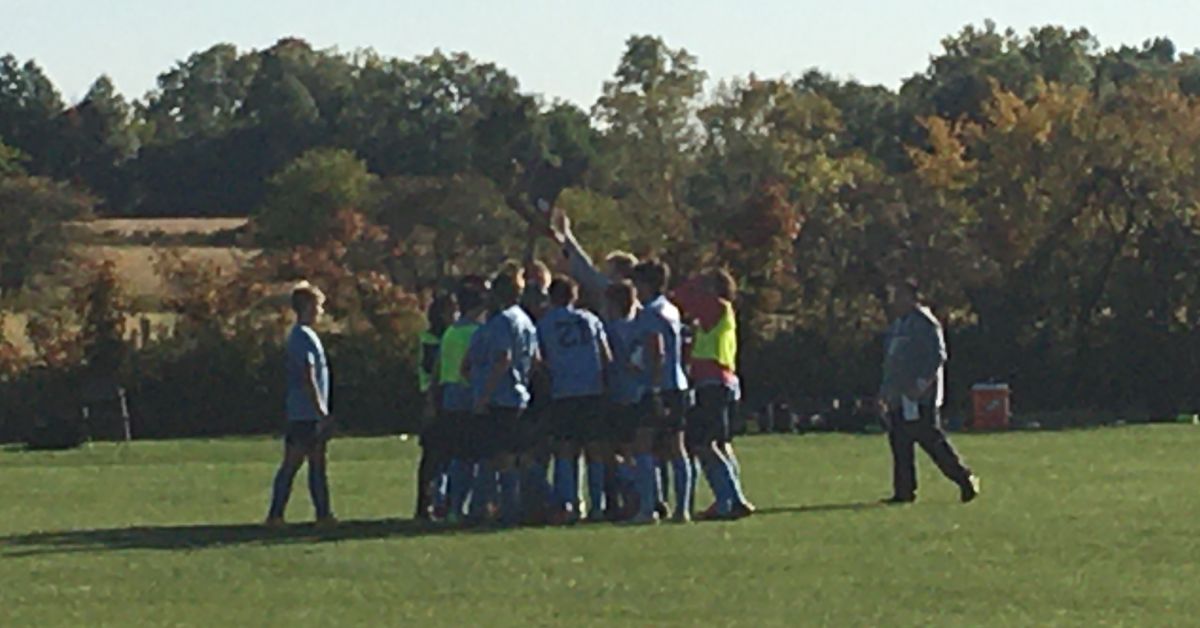 The Marquette Catholic High School Boys Soccer team has officially progressed to regionals for the first time in a decade. After being eliminated in two of the last three sectionals in the final, they defeated the odds this year. This was also the first time that coach Austin Cogdill reached this far in the tournament. He just finished his fourth year with the Marquette Boys Soccer team.

The boys team went on to face Wheeler High School in the regionals semi-finals  but lost by two to end a close game. Despite the upsetting loss, the boys were proud of their first title in 10 years.

Marquette hosted the soccer sectionals and regionals games at the MAC, giving them a reliable home advantage. However, weather conditions were less than ideal.

“It was probably the worst day in the last two weeks to play a game of soccer,” said Cogdill. “That was most of what the boys were worried about, even more than their competition.”

Looking sideways, the volleyball team is also experiencing its own success and is confident heading into regionals after defeating its first opponents in the tournament, Westville High School, and is preparing to face Argos Community Jr-Sr School. This will be the second time the two teams have faced each other. The last time, during the 2013-14 season, the Marquette Blazers secured a clean shutout.

Marquette is preparing for its 12th Kairos Retreat on Tuesday, October 18. This retreat will last until the end of the school week at a religious retreat center in Crown Point.

The retreat maintains an air of mystery amongst students. Kairos is Greek for “the right time,” and is used in the Bible to mean “the time appointed by God.” During Kairos, students will not know the time throughout the entire retreat and are informed to leave their phones behind. Only juniors and seniors can attend. Returning seniors will help lead their classmates through the retreat alongside the attending teachers and staff.

The attending teachers and staff have many new faces, including Central Organizer Kristin Scandora. The only returning staff member will be Anthony Holt, Marquette’s academic advisor and campus minister, who has been working tirelessly to ensure that the retreat lives up to those he attended prior. Both students and staff are excited and anxious for the retreat to start.

Austin Cogdill is an English teacher at Marquette, as well as the coach of the Boys Soccer team. He teaches 10th grade English and a few college preparatory English and Language Arts classes.

After graduating from Ball State University, Cogdill began teaching at Marquette and rekindled his love for soccer by joining his dad as assistant coach for the girls soccer team. After two successful years, he took the opportunity to coach the boys team.

Cogdill’s desire to coach the soccer teams was inspired by a long history of soccer. He has played it for as long as he can remember. Around the age of nine, he started taking soccer seriously and almost became a collegiate athlete, but he decided he’d rather pursue his passion for teaching. Despite his sadness for not enjoying the game as a player any longer, he’s not kicking himself about it because of where he has taken himself.

After Cogdill’s first three years as the boys soccer coach, he had reached the sectionals final twice. This was his first year with a team that had been coached by him their entire high school career, and he was excited to see his system in full action. A team inspired by positivity and love of the game is what led them to their first title in 10 years. Cogdill states that the most important thing for the team is to stay positive.

“The optimism of the team is what is so important to me. Even during our losing streak, the boys were still optimistic,” he said.

Cogdill said he’s honestly happy to see the kids he’s been working with for four years to move on to better things.

“Obviously, I wish I could work with this same group of kids forever, but I’m happy to see the boys moving on to better things,” he said.

Cogdill says he’s rooting for Wheeler all the way and wishes them luck in their upcoming game. He noted that he’s hoping the lessons he teaches his players will follow them past high school.

“Unfortunately, so much of what we see in this world is negativity,” Cogdill said. “It’s all over the news, and maybe that’s just what happens to get the clicks. Hopefully, we can start to see some more positivity in the world soon.”

Cogdill shares a lot of positivity in his corner of the world. From the soccer field to the classroom, he doesn’t fail to be approachable and helpful, always looking on the bright side, and carrying a smile on his face.

Molly Mason is a senior at Marquette. Mason is attending the Kairos retreat as a returning leader. She is excited for the opportunity to help others and connect with new people.

Mason wishes to help others get the same experience she had last year. She enjoys the idea of leadership in Kairos and other aspects of her life because she enjoys supporting others.

“It feels a lot more special knowing that I can make somebody have a good Kairos like I did. I can’t wait to help people open up and get closer to everybody," Mason said.

What is so exciting to Mason about this upcoming Kairos is experiencing it from the other perspective, such as getting to organize and lead.

“Some of the little things are changing, but I think it’ll just feel different because I’m now a leader and get to organize how things happen this year," Mason said, "I’m going to be able to experience the whole other side of Kairos.”

Outside of Kairos, Mason is a hard worker in and out of school. She works at a pizza shop in the area, enjoys participating in the National Honor Society and Marquette’s Yearbook club. Mason also hopes to attend her dream college, Saint Mary’s College after graduation.

Mason says if she could give any advice to high school students, it would be to do everything they can to be involved.