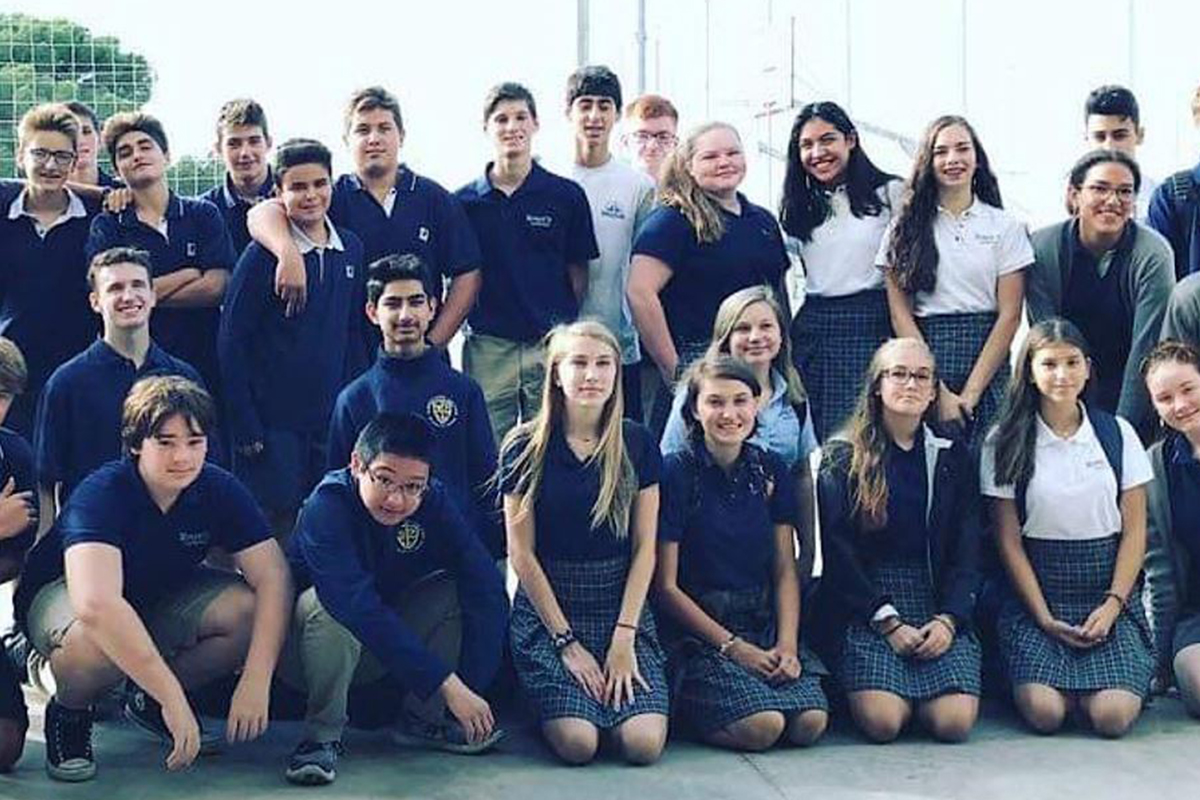 Several students had the opportunity to spend two weeks abroad in mid-October. One group travelled all the way to China. Alex Willoughby was fortunate enough to be part of this group.

“I love Asian culture and learning about the history, and how China is built around its history,” he said.

His favorite part of the trip was the city of Beijing.

“Beijing reminds me of Chicago; the night life, the scenery, the buildings, the art, and even the people,” Willoughby said. “We were very busy while we were in China. Mostly, we spent our days traveling and exploring Beijing. My favorite activity was climbing the Great Wall.”

Another student on the excursion was Riley Lindsey.

“I learned a lot about the difference between us and Chinese [citizens’] lifestyles...they make use of their small space, and with having such a huge population in such a dense area, people have to make do with what’s provided.”

Her advice to anyone interested in traveling abroad is to “Always, always take every opportunity thrown at you. You may only have one chance to visit a particular country. The memories you take back are irreplaceable!”

On the other side of the world was a group of students visiting Spain. Maria Wadle was on that trip.

The itinerary consisted of visiting the Hamelin-Laie school, which Marquette exchanges with.

“We toured Barcelona. We took the train most of the time to get to the spot which we toured,” Wadle said. “We also went to the beach if we finished touring early, since the beach was near the train station.”

Her advice to any future explorers is to “make the most of your time abroad...During the trip, you should take several pictures for the long run, because you will want to remember the time you have had...Keep track of your things and DON’T lose your passport.”

Mrs. Sherry Remijas is one of the most dedicated teachers of the Marquette Catholic High School staff. She has been teaching for 35 years. Her teaching philosophy is to “teach the whole child.”

“I want to spark an interest in the classroom that opens up a whole world and other cultures to my students,” she said. “I want to show them how valuable learning a language is and why it is important to be a lifelong learner.”

Her interest in becoming a teacher sprouted because, “I like the interaction with the students and sharing what I love with them so they will learn to love language, too.”

Remijas wasn’t always a Spanish teacher, though. She first taught French. She decided she wanted to take on a new challenge and teach Spanish.

“I always loved language, and it was one of my strengths in school. It is fun to learn another language and culture, and I wanted to inspire students to do the same.”

Her favorite aspect of teaching at MQTT is the students.

“Since I am the only Spanish teacher, I have the privilege of teaching kids five days a week for four years,” she said. “I watch them grow physically and mentally.”

Her proudest teaching moment is when students come back to visit.

“They will repeat some ‘mom lesson’ that I taught them within the classroom walls [that] they took and used in life.”

Remijas is committed to helping students learn and grow during their four years of high school.

“My mother and husband are my two inspirations,” she revealed. “They are honest, ethical, hard-working, altruistic, unselfish, their faith is unwavering in times of crisis, and they used their lives to serve others.”

Thank you, Mrs. Remijas, for all the work you do to make MQTT a better place!

Ava Zientarski traveled to Spain recently. She made the decision to travel because, “I love to visit new places. Meeting people from other places and learning about their culture and life fascinates me. I was also working on my ability to be comfortable in foreign situations.”

While in Spain, Zientarski stayed with a host family who showed her around Barcelona.

“My host family was fantastic and, interestingly enough, actually really similar to my family...I felt like I was a part of their family.”

Her favorite part of Spain was learning about the differences in our two cultures.

“Another close favorite would definitely be the architecture,” she added. “La Sagrada Familia is just a small part of the incredible buildings in Spain.”

The biggest thing Zientarski learned was that the two cultures are more similar than one would think, and “it’s important to remember that.”

Her advice to others interested in traveling is “to start small. Get used to living in a foreign country with people you’ve never met before you travel for a long time.”

Outside of traveling, Zientarski is involved in cross country and theatre. The world’s your oyster, Ava!

Students at Marquette all highly anticipated Thanksgiving break. In preparation for Thanksgiving, student government had the idea to form a “thankful chain.”

During each lunch hour, students had the opportunity to write down what they are thankful for and attach it to a chain, uniting their gratitude with the rest of the student body and MQTT staff.

Students wrote they were thankful for such things as, access to clean water, the opportunity to go to Marquette, family and friends, a roof overhead and a bed to sleep in every night. Many students participated in acts of service over Thanksgiving break, including serving meals for the hungry and donating food. Students at MQTT are truly thankful this year for being able to give back to their communities and share their talents and resources, making sure everyone had a wonderful Thanksgiving this year.