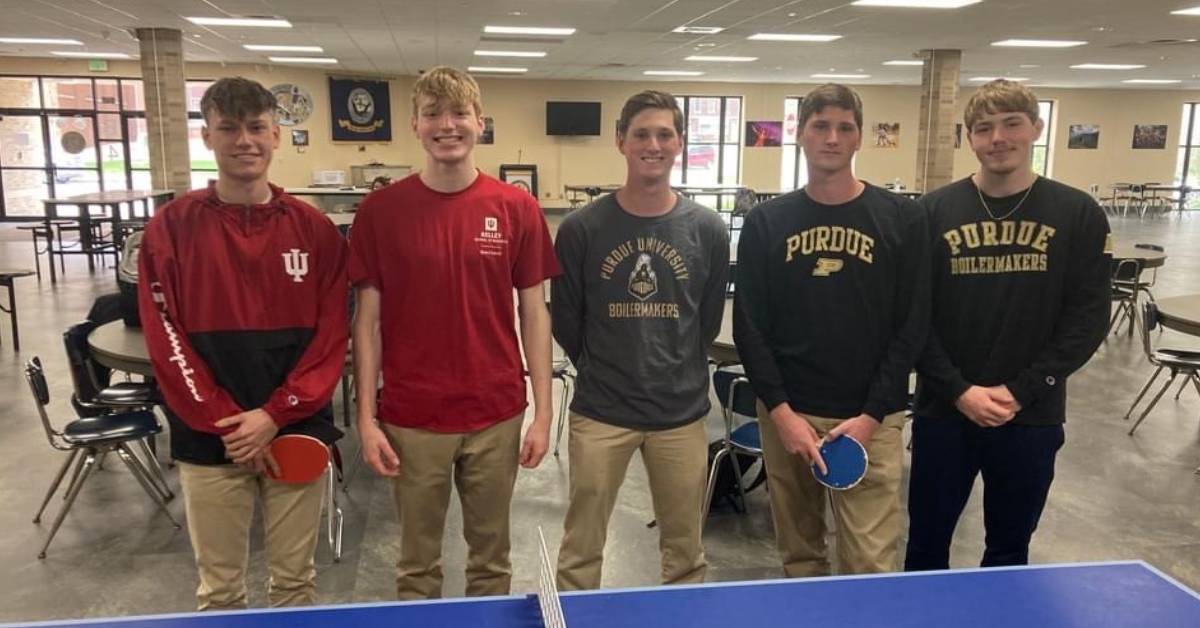 Marquette Catholic High School (MQTT) ended April with a monthly mass with Father Roque. They were able to celebrate the Eucharist together on April 27.

It was nice for the students to bond over their college choices. They were able to learn more about one another and their intended studies.

MQTT prepares for the beginning of the end. The school year is coming to a close in just a few weeks.

To kick off these upcoming weeks, MQTT is holding its annual Amargeddon games for the students.

Each grade level competes against one another with mini-games and competitions throughout the school year. The Armageddon games are the biggest event of the year where a class can really take the lead. This is the showdown.

There are several games for all the students to participate in. Even if one isn't athletic, they are sure to find a game that piques their interest. It is all-inclusive and every student is expected to participate.

This event will be held throughout the day on Friday, May 6. It gives the students a chance to unwind during the stressful times of the year.

Students are making their final touches to their Prom 2022 look. Prom is just around the corner for MQTT students. It’s being held at Zorn on Saturday, May 14.

Last year, a lot of students weren’t able to attend due to COVID-19, but this year with MQTT’s safety precautions, those students are given a second chance.

MQTT students also begin to prepare for finals week at the end of May and the beginning of June. Seniors begin finalizing their college decisions as well as preparing for their graduation and move into the next chapter.

Amy Crane has worked for MQTT for 23 years. She teaches speech/communication and humanities as well as directs each of the school’s theatre performances.

This year, on top of her classes and theatre performances, Crane decided to be this year's senior class representative. She has known her students for over their four years at MQTT and being a predominant factor in their final moments of high school felt right.

While she’s stressed for and with her seniors due to all of the college acceptances, prom, graduation, etc. she still feels excitement for all of them.

She genuinely loves and cares for her seniors, even when they aren’t very timely in responding to her messages. But despite it, it’s been a positive experience for her.

“Never judge yourself in comparison to someone else," said Crane. "You are the only person standing in your way. Others should be there to help you if not, put them behind you and go do the things you’re meant to do. And remember to keep in touch with Mrs. Crane because she always cares how you are doing!”

Crane’s son, William Crane, is also a senior at MQTT. Like most mothers, she’s feeling very emotional at the thought of her firstborn leaving for college, but she’s also spending as much time with him as she has him. Making his last moments before college really counts.

“Do all the things! Spend all the time! Worry about how to make up other thinks later. These moments are the memories you want!” said Crane.

She’s a hardworking student and has put in a lot of work during her time here at MQTT. Now that she’s in the home stretch of the year, she’s very excited for the new chapter in her life.

She plans on attending Washington University of St. Louis (WashU) and double majoring in marketing and finance. She intends on being a marketing executive or working at a private equity firm after her college years.

She chose WashU because she loved the positive environment. The people were nice and their energy matched hers. It was one school that had her intended major in an area she wanted to be in.

She plans on participating in WashU’s First Summer Away Program. This allows the business students to take a few classes and fill out their prerequisites. Students are also able to get a feel for college life by living in dorms and meeting their new peers, people that will surround them for the next four years.

She’s excited about the independence college brings and being able to meet new people. Most importantly, she’s excited to learn more about herself by exploring new things and interests. College promotes personal growth and change and she’s ready to pounce on that opportunity.

While she’s excited about college, she still has a few exciting weeks of high school left. She’s ready to create these last few memories with her best friends at prom and graduation.

“I would say focus mostly on what you’re passionate about. Not having the best grades ever. Focus on yourself," Young said.